Notorious serial killers like Jeffrey Dahmer, Ted Bundy and John Wayne Gacy shared these traits, from predatory behavior to the need for control. 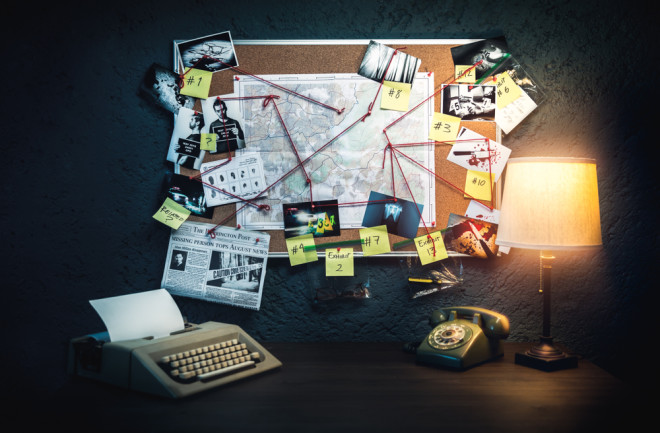 Some content and images may be triggering. Discretion is advised.

Milwaukee serial killer Jeffrey Dahmer is once again getting attention, thanks to creator Ryan Murphy's new Netflix series, DAHMER–Monster: The Jeffrey Dahmer Story. Evan Peters, best known for American Horror Story, plays Dahmer. To prepare for the role, Peters had to get into the mind of a serial killer.

"I wanted it to be very authentic," Peters said in a Netflix interview. "But in order to do that, I was going to have to go to really dark places and stay there for an extended period of time."

Evans went on to say, "It was a challenge to try to have this person who was seemingly so normal but underneath all of it, had this entire world that he was keeping secret from everybody."

Serial killers tend to have lots of secrets, and research from an investigative unit at the FBI suggests that they have other common traits as well. Here are the top five common characteristics of serial killers.

The most common serial killer trait is predatory behavior. While this behavior in animals is seen in the pursuit and capture of prey for foods, serial killers often stalk their victims or act on impulse when they see a potential victim.

Nicola Malizia, author of the 2017 Sociology Mind paper "Serial Killer: The Mechanism from Imagination to the Murder Phases," discusses how a serial killer will go through phases, starting with fantasizing about murder. With each fantasy, the act becomes more sexually charged until the killer forms a dependency on it. Eventually the fantasy isn't enough and the act is committed in reality.

After the first murder, the killer, according to Malizia, may form a ritual of stalking a victim, committing the murder and often keeping tokens or trophies from their victims. These can include photographs, jewelry and underwear.

In the case of Jeffrey Dahmer, he would stalk his victims and then convince them to come back to his apartment, where he would drug them, kill them and then consume them — taking photos of the victims and keeping their bones.

According to Psychology Today, empathy is the ability to recognize, understand and share the thoughts and feelings of another person, animal or fictional character. However, Malizia mentions in their paper that many serial killers grow up in homes that are unsuitable environments for promoting empathy.

"Physical, sexual and psychological abuse and emotional deprivation are some of the many traumas which the subject undergoes during childhood that establish the foundations for future criminal behavior," states Malizia in their paper.

Notable murderers like Dahmer and fellow Wisconsinite Ed Gein each had rough upbringings, which could have led them to become less empathetic.

Read more: Serial Killers Have Rapidly Declined Since The 1980s

3. The Need for Control

The need for control is also a significant trait seen among serial killers. According to Psychology Today, controlling and dominating their victims is a serial killer's primary motive. To them, murder is empowering. They are able to control what their victims do, how long they live and how they die.

Many serial killers feel sexual arousal when plotting and executing a murder. Rape is often involved in these instances because it is a way for the killer to feel in control. Outside of this situation, it is likely that a victim would reject sexual advances from the killer. But, when the killer is in control, they do not fear rejection.

Other forms of control can include deceit and manipulation. Some killers, like Ted Bundy, manipulate their victims by pretending to have a disability or an injury requiring a cast. Once Bundy had manipulated his victims into a vulnerable situation, he would rape and murder them.

The MacDonald Triad focuses on three elements displayed during childhood as signs of a potential serial killer. The three are animal cruelty, bed wetting and fire setting, though more research is needed to prove that the MacDonald Triad is a precursor to serial murder.

These traits suggest the killer has a lack of self-control and empathy. Jeffrey Dahmer was known for killing several animals, including a jar of tadpoles after he had given them to his teacher. He would also dissect roadkill and bleach their bones. Ted Bundy would manipulate and kill pet store mice. And John Wayne Gacy allegedly set wild turkeys on fire with gasoline. Though not all serial killers exhibit this behavior, many have.

More From Discover
The Sciences
A 2,000-Year-Old Shipwreck Reveals Ancient Trade Routes
The Sciences
5 of the Most Explosive Volcanic Eruptions
Planet Earth
Where is the Lost City of Atlantis — and Does it Even Exist?
Planet Earth
1,700-Year-Old Monkey Remains Give Insight to Ancient Cultures
Technology
What’s Dynamic Pricing? An Operations Management Scholar Explains
Mind
Can't Resist a Black Friday Deal? Here's Why
Recommendations From Our Store
My Science ShopDiscover STEM Kits
My Science ShopDiscover 2022 Calendar
My Science ShopStrange Science
My Science ShopElements Flashcards
Shop Now
Stay Curious
Join
Our List