How Asteroids Keep It Together 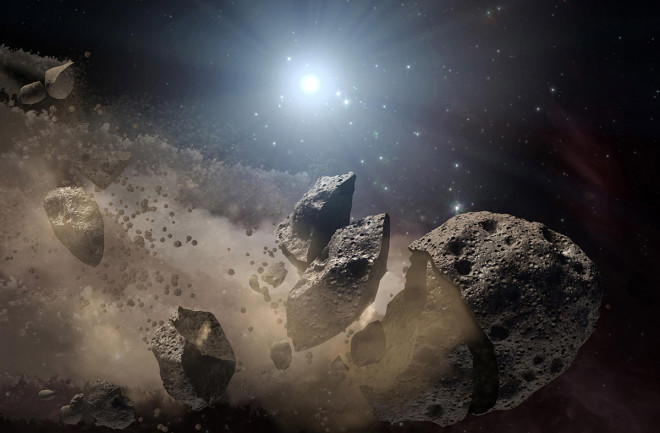 Just a few million kilometers away lurks a mysterious, and possibly deadly, asteroid called (29075) 1950 DA. Since the rock’s discovery 65 years ago, scientists have learned the roughly mile-long body actually consists of a loose collection of smaller rocks, which they presumed were held together by their own gravity.

But in 2007, scientists discovered that 1950 DA also spins quickly, once every two hours — far too fast for gravity to hold it together. How could this pile of rubble not tear itself apart?

In August, physicists at the University of Tennessee announced that the force that holds 1950 DA together is the same force that allows the fine hair on a gecko’s feet to stick to vertical surfaces: namely, weak electric attraction between individual molecules, called van der Waals’ forces. Using data from NASA’s Wide-field Infrared Survey Explorer, the team created a computer model of 1950 DA. They found that the pieces of the asteroid are so small at the surface — 2 inches across, at most — that van der Waals’ forces work with gravity to secure the tiny pieces together.

There’s a slim chance 1950 DA will hit Earth in 2880, and thanks to this finding, we’ll know blasting the asteroid apart would be worse than useless: A strike might create multiple jumbles of rocks (held together with van der Waals’ forces and gravity) heading our way. Luckily, there’s plenty of time for scientists to dream up a different way to deflect the strange collection of rocks.

[This article originally appeared in print as "Keep It Together."]