We could, in theory, go back in time. But no matter what we do, the past will likely always lead to the same future. 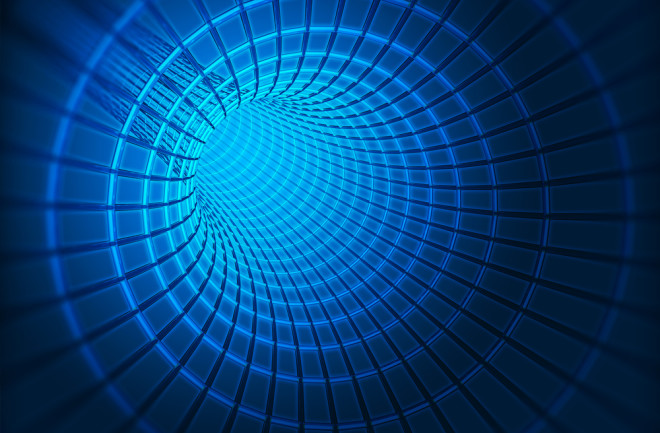 A bit of sad news for prospective time travelers — your efforts to change the past are futile, according to mathematical modeling by a pair of researchers at the University of Queensland. The past is immutable, it seems. But that implies some good news, too, for even as these findings crush our hopes of changing history, they may also remove a barrier to journeying back in time.

The rationale goes like this: If our actions in the past won’t alter anything, they also won’t produce the paradoxes that have prompted some experts to rule out time travel altogether. For example, we can’t endanger our own existence, à la Marty McFly in Back to the Future, by preventing our parents from falling in love and conceiving us. In fact, we may not be able to alter anything at all. Therefore, no logical conundrum stands between us and our temporal excursions (though they may not even be technically feasible).

That line of thinking has existed for decades and is embodied in Russian astrophysicist Igor Novikov’s self-consistency principle, which states there is zero chance of an event occurring if it would change the past in any way — the universe simply forbids revision. But now it’s supported by the calculations of Fabio Costa, a theoretical physicist, and Germain Tobar, a Cambridge student pursuing a masters in mathematics, which were published last year in the journal Classical and Quantum Gravity. The results, Costa says, “are the stuff of science fiction.”

The Perils of Paradox

Though no one knows whether time travel is physically possible, Einstein’s theory of general relativity proves the concept is at least theoretically sound. Specifically, his equations allow for closed timelike curves, or CTCs: loops in space-time that end where they begin. An object following one of these circular trajectories would eventually arrive back at the place (and time) it started, and could interact with its past self.

There’s no guarantee they actually exist. Many eminent physicists have argued against the possibility of CTCs, whether natural or engineered via time machines made by intelligent beings. “The laws of physics do not allow the appearance of closed timelike curves,” Stephen Hawking wrote matter-of-factly in 1992. He half-jokingly dubbed this idea the “chronology protection conjecture,” a feature of reality that “makes the universe safe for historians.”

But even as a pure thought experiment, time travel is plagued by challenges. The granddaddy of them all, aptly enough, is the grandfather paradox. The name originated with the famous scenario in which a person goes back in time to kill their own grandfather before he has children. If they succeed, they’ll never be born in the future; but in that case, who killed granddad? More abstractly, it refers to any change in the past that produces a logical inconsistency.

The simplest solution to the paradox is to contend that time travel just isn’t possible — we can’t defy logic if the laws of nature prevent us from doing so in the first place. But Costa and Tobar’s modeling suggests an alternative: Try as we might to create a paradox, events will always play out the same and reach the destined outcome. The math is exceedingly complex, but the researchers offer a topical example to show how it translates to real life.

After nearly two years of the coronavirus pandemic, many of us would probably welcome the opportunity to go back to late 2019 and stop patient zero from becoming infected. But it would be in vain — if we could successfully prevent the pandemic, we would eliminate our reason for going back in the first place, a variation on the grandfather paradox that is equally as untenable. So we would fail: Our flight to Wuhan would be delayed, or we’d slip on a banana peel as we tried to capture the bat that transmitted COVID-19 to humans, or we’d succumb to some more mundane obstacle. The disease would progress just the same, and we know this because it did progress that way.

If that last sentence sounds bizarre, it’s because we tend to get these mind-bending causal sequences backward. The metaphorical banana peel doesn’t magically appear to ensure the pandemic ensues; the pandemic ensues because the banana peel was there — it was always there. As Costa explains, “everything that has ever happened has happened only once,” and in precisely one way. Our contrary intuition (that the past is changeable) stems in part from the fact that we imagine time travel as external to the mainline of history. In reality, it’s just as entangled in that history as any other event.

If you visit a previous era, then you have always visited and always did whatever you did there. There was no “first time around” in which it occurred differently. “If a time traveller is going to travel to some past time, then she has already been there,” as the Australian philosopher Nicholas J. J. Smith wrote in a 1997 paper titled “Bananas Enough for Time Travel?” She can affect the past, certainly, but not change it. Her actions will never alter the course of events — it’s just the way things went the only time around.

It may help to realize that although we’re accustomed to thinking of time as linear, this is an inherent human bias. It suits our standard notions of chronology, but “when there is time traveling involved, this way of reasoning doesn’t really work anymore because you cannot have a story with a beginning and an end,” Costa says. The frames in the movie reel of life are no longer side-by-side, but overlapping. “We tell the story all at once,” he says.

For physicists like Costa, there is a practical upshot here: You can’t study events in a time loop the same way you would in our familiar world by extrapolating an outcome based on initial conditions. There are no “initial” conditions, and the word loses meaning. So Costa and Tobar shifted the perspective. Their model doesn’t proceed from some imaginary beginning but rather from a set of fixed variables that you can imagine as human choices. From there, Costa says, “the physics writes the rest of the story.”

And what is the story? It’s one in which people are still “free,” in some sense, to act as they will. Again, the banana peels are not miraculous coincidences summoned by some cosmic force to constrain you. Rather, they happened to be underfoot when you passed by, and that is the reason the world is how it is — not the other way around. In the sacrosanct procession of time, Costa says, “the universe is just doing the only thing it can do, which is to be consistent with itself.”

And if visiting the past is possible, it could come with other caveats. First off, hypothetical designs for time machines typically require either infinite mass or negative energy, a power source we’re nowhere near harnessing. Second, due to the nature of closed timelike curves, a time machine can venture back no farther than the moment of its creation. So if we do manage to build or discover one, our voyages will still be limited. You’ll likely have to abandon those dreams of riding a brontosaurus.

The subject comes with enough complications to deter many scholars from tackling it. “Time travel isn’t the most studied subject,” Costa says, “because most likely it doesn’t exist.” But it remains a perennial subject of wonder and fascination, and not without reason: “The tantalizing aspect,” he adds, “is that we can’t prove it’s impossible.”