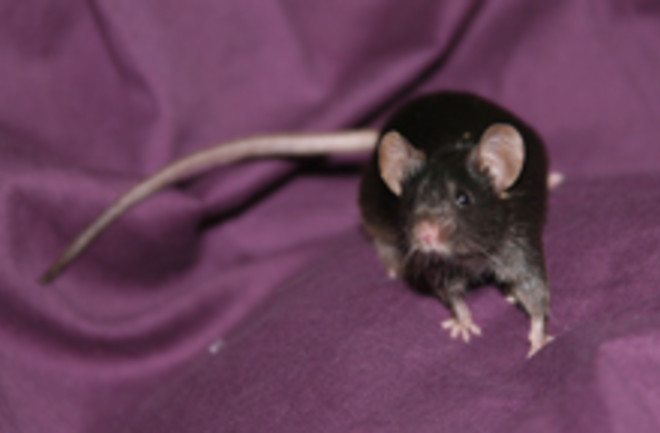 From reprogrammed skin cells, scientists have made live mice. The accomplishment is the latest step forward in the exciting new field of reprogrammed cells, which may

offer an alternative to embryonic stem cells.... [It's] the most definitive evidence yet that the technique could help sidestep many of the explosive ethical issues engulfing the controversial field [Washington Post]

. Two new studies describe the process, and one team of researchers reports producing 27 live mice. While

there were abnormalities and unusual deaths with some of the first generation of mice, [the] team produced enough normal mice this way to create hundreds of second and third generation mice [AP].

It was only three years ago that Japanese stem cell researchers found a way to reprogram ordinary skin cells to behave like embryonic stem cells, which are thought to hold vast potential for medical research because they can develop into any kind of body tissue--from heart cells to toenail cells. But researchers didn't know if the reprogrammed adult cells, known as induced pluripotent stem cells or iPS cells, were capable of differentiating into every type of tissue, the way embryonic stem cells do. In the new studies, both teams of researchers

reprogrammed mouse skin cells, then injected them into embryos designed to contain double sets of chromosomes. Though these embryos’ original cells couldn’t survive for more than a few days, they provided a jump-start to the reprogrammed cells, which grew as though they were part of a normal embryo. This test is considered a gold standard of pluripotency: since the original double-chromosomed cells are doomed, the embryo can only become an adult if the added stem cells turn into every necessary cell type. Embryonic stem cells passed this test a decade ago. Now iPS cells have, too [Wired.com].

For the more successful study, published in Nature, researchers engineered 1,500 embryos, 27 of which resulted in live mice. The other team, which pubished their study in Cell Stem Cell, got four births, but only one mouse made it to healthy adulthood. The researchers say that their feat doesn't mean that controversial work on embryonic stem cells is no longer necessary, and suggest that iPS cells and embryonic stem cells may have slightly different properties that have yet to be discovered.

Many researchers also suspect there are subtle differences between reprogrammed cells derived from different sources. A reprogrammed skin cell, for example, may not behave identically to a reprogrammed muscle cell [Wired.com].

The new work also raises some ethical questions of its own, because it could make reproductive cloning easier. But Fanyi Zeng, coauthor of the Nature study, was

quick to distance [her team] from such controversy.... "It would not be ethical to attempt to use iPS cells in human reproduction. It is important for science to have ethical boundaries," she said, adding that their study was "in no way meant as a first step in that direction" [Reuters].