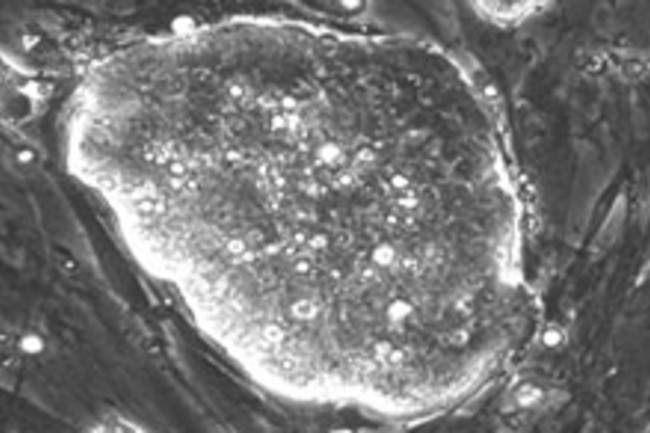 Researchers have found a way to create stem cells from adult liver cells without triggering DNA changes that have caused mutations and tumors in previous studies.

Though demonstrated only in mice so far, the result marks another key achievement in the fledgling science of cellular reprogramming. The hope is to create human, embryonic-like stem cells -- which can be turned into all the other tissue types of the body -- without using eggs or destroying embryos. That freshly derived tissue could then be transplanted into patients to treat various diseases [The Wall Street Journal].

A method of using adult cells to create stem cells was debuted by Japanese researchers in 2006.

By using viruses to insert key developmental genes, researchers coaxed human skin cells into an embryonic state, capable of growing into almost any other type of tissue.... But there was a catch: Viruses used to reset the cells tended to fuse with their DNA, leading to unpredictable mutations and cancer. The cells were promising in principle, but couldn't be used medically [Wired News].

In the new breakthrough, researchers used a different kind of virus to introduce the genes, and found that it didn't leave behind any damaging genetic code. In the study, published in Science [subscription required], researchers used an adenovirus instead of the retrovirus that has been used in previous experiments, and found that the adenovirus did not alter the cells' genetic code, and did not cause tumor growth within four months of the procedure.

However, much work remains to be done before the new technique can find any applications in human medicine. Researchers will have to prove that the technique works in human cells, and

Despite the recent advances in making stem cells from adult cells, some researchers continue to make waves with pioneering research using embryonic stem cells. Read about one of these controversial gurus in the DISCOVER interview with Bob Lanza, "Fighting for the Right to Clone." Image: Mathias Stadtfeld and Konrad Hochedlinger Related Posts: Beyond Stem Cells: Scientists Master Cell Transmogrification Turning Stem Cells Into Nerve Cells to Study Lou Gehrig Disease