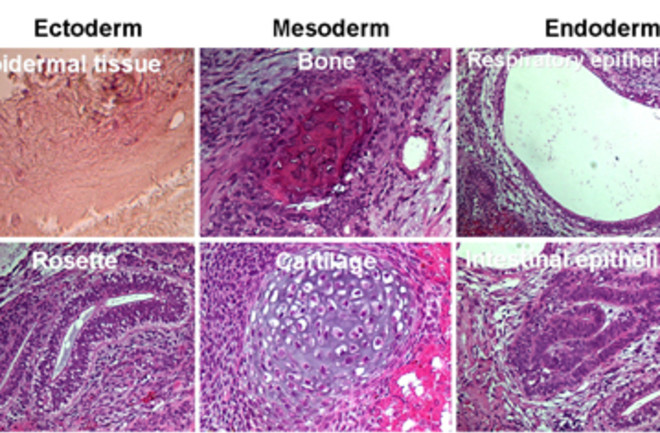 Researchers have found a new way to reprogram human skin cells to act like multipurpose stem cells, and say their safe technique produces stem cells that are ready for medical use.

If the researchers are right, clinical trials on the induced pluripotent stem (iPS) cells, which can turn into virtually any cell type and potentially be used to treat disorders ranging from spinal cord injury to diabetes, could start within two years [Nature News].

Many experts say that reprogrammed skin cells have several advantages over embryonic stem cells, for reasons both societal and medical. Using adult cells dodges the ethical controversy involved in taking cells from embryos, and it also raises the possibility that patients' own cells could be used in their medical treatment, negating the chance that the cells would be rejected by their bodies. But reprogramming cells is still a scientific frontier, and researchers have struggled to find safe ways to accomplish the feat. The new study, published in the journal Cell Stem Cell,

builds on the breakthrough discovery in 2006 by Shinya Yamanaka, who similarly coaxed human skin cells to revert to a pristine, embryonic state by introducing four key genes into the cells, piggybacked on viruses. However, some of those genes are known to cause cancer, which made Yamanaka's stem cells — known as induced pluripotent stem cells, or iPS cells — unsuitable for human use [Time].

For the current study, an international team of Korean and American researchers found a way to instead use the proteins produced by the genes to transform skin cells. Study coauthor Robert Lanza explains that his team

used a peptide, a protein fragment, to drag the human proteins into the cells. "These have been around for a long time," Lanza said. "The AIDS virus uses the peptide to get into the cells it infects," he said [Reuters].

The researchers said the iPS cells they created generated a range of cells, including neural, muscle and cartilage cells. Their method could be used to produce iPS cells for drug research, disease studies and future medical uses. But they also reported that the method was “very slow and inefficient and requires further optimization” [Worcester Telegram].

Lanza, for one, is eager to put reprogrammed cells to use in medical trials.

"After a few more flight tests -- in order to assure everything is working properly -- it should be ready for commercial use," Lanza said.... He said the company would seek Food and Drug Administration permission to test the cells in people by next year -- a process unlikely to be quick, especially with a brand-new technology such as this one [Reuters].