Piezoelectric Promise: Charge a Touch-Screen by Poking It With Your Finger 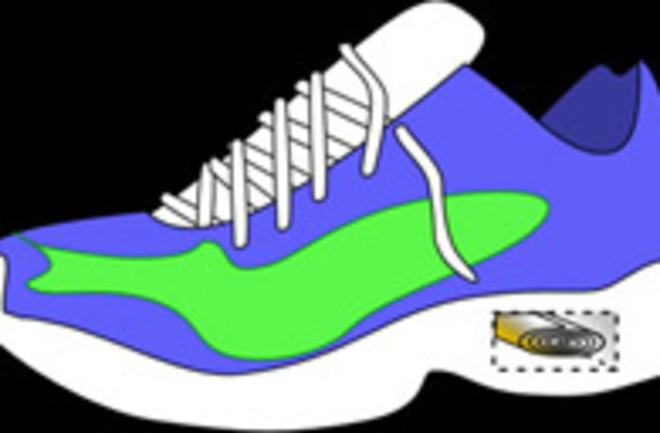 Imagine a day in the future when you can charge your cell phone using your sneakers, or charge a touch-screen device merely by rolling up the flexible screen. New devices that take advantage of the piezoelectric effect--the tendency of some materials to generate an electrical potential when they're mechanically stressed--are taking us one step closer to that reality. Ville Kaajakari of the Louisiana Tech University harnessed this effect by developing a tiny generator that can be embedded in a shoe sole.

The tiny smart device is part of “MEMS" or "micro electro mechanical systems," which combine computer chips with micro-components to generate electricity [EarthTechling].

Each time the sneaker-wearer goes for a stroll, the compression action would power up the circuits in the generator and produce tiny bits of usable voltage.

For now, the amount of energy produced is very small, but the generator could theoretically be used to power sensors, GPS units or portable devices that don’t require a large amount of energy

"This technology could benefit, for example, hikers that need emergency location devices or beacons,” said Kaajakari. “For more general use, you can use it to power portable devices without wasteful batteries” [Clean Technica].

The scientist hopes that the technology can be developed further to charge common devices like mobile phones. Meanwhile, Samsung and a research team from Korea have figured out a way to harvest energy from touch-screens. In a paper published this month in the journal Advanced Materials, the researchers describe how they combined flexible, transparent electrodes with an energy-scavenging material to produce a thin film.

This film can be used in touch screens of common mobile devices, wherein pressing the screen would generate about 20 nanowatts per square centimeter--that is, enough power to help run part of the device. On the flexible touch-screen the researchers developed, you could help charge the batteries just by rolling up the screen. Scientists hope that the power produced by the touch-screen should one day be enough to toss our batteries into the bin. Study coauthor Sang-Woo Kim added:

"The flexibility and rollability of the nano-generators gives us unique application areas such as wireless power sources for future foldable, stretchable, and wearable electronics systems" [Technology Review].

Related Content: 80beats: New “Nanogenerator” Could Power Your iPod With Your Own Movements 80beats: The World’s Smallest Motor Could Propel a Medical “Microbot” Through Arteries 80beats: Rubbery Computer Screens Can Be Bent, Folded, and Even Crumpled 80beats: Nanotubes Could Provide the Key to Flexible Electronics Discoblog: Can Chatting on Your Cell Phone Cause It to Recharge? Researcher Says YesImage: LTU