New "Nanogenerator" Could Power Your iPod With Your Own Movements 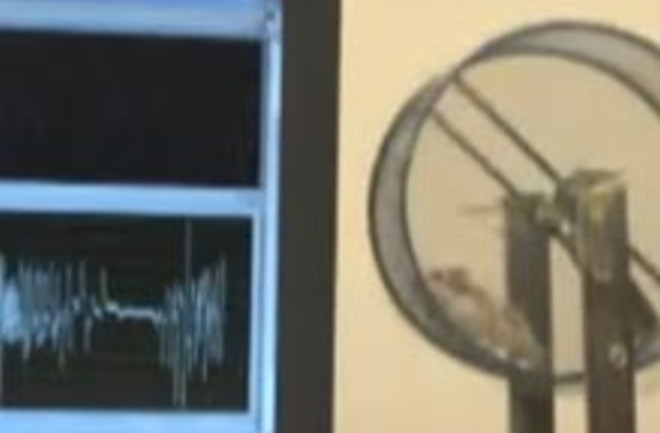 The mechanical energy produced when your body moves could be harnessed to power electronic gadgets thanks to what researchers are calling a "nanogenerator." The nanotech device is made of tiny zinc oxide nanowires, which have piezoelectric properties--meaning that they generate a tiny electrical pulse when they're bent, stretched, or otherwise subjected to mechanical stress.

According to Zhong Lin Wang, lead researcher, the device could be used to charge gadgets such as iPods and BlackBerrys as well as having a impact on defence technology, environmental monitoring and biomedical sciences. “This technology can be used to generate energy under any circumstances as long as there is movement,” he said [Financial Times].

In a video demonstration,

Wang attached a single nanowire to the back of a hamster and then hooked it up to an oscilloscope. As the rodent ... scurried around, it generated 70 millivolts [the equivalent of .o7 volts]. When the critter stopped to lick itself, the power levels decreased [Wired].

Each nanowire is 25 times thinner than a human hair, but each generator could contain hundreds or thousands of the wires. Even then, it might take a number of the generators to actually power anything. So far, Wang says, his team has

been able to achieve a maximum output voltage of 0.2 volts. For comparison, devices that are charged via USB generally operate on 5 volts. "The greatest challenge is to improve the output voltage and power," said Wang [IT News].

Wang published his findings last month in the journal NANO Letters, and explained the technology's possible applications at the American Chemical Society meeting this week. Despite the obstacles,

Wang sees a need to for his nanogenerator because no batteries exist that are small enough to power technology at the nano scale.... [His] generators could be used to power sensors for detecting cancer or measuring blood sugar level for diabetics, Wang says [Scientific American].