Electronic Cigarettes Not a Safe Alternative to Conventional Cigs 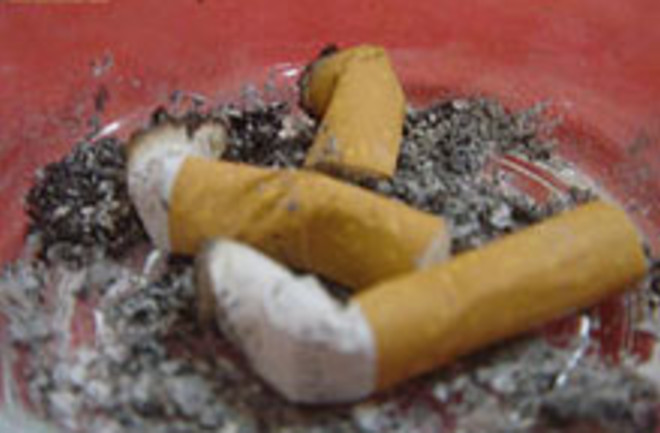 Although electronic cigarettes have recently been marketed as a safer alternative to traditional smokes, a new analysis of 19 types of the e-cigarettes revealed that they contain toxic chemicals. The FDA has classified the devices as combination drug/medical devices, prohibiting their import, but hasn't removed them from American shelves. Opponents of e-cigarettes hope the findings will spur the FDA to take more stringent action against the devices. The results of the FDA's new analysis, which were announced yesterday, revealed that although e-cigarettes don't burn tobacco, the devices contain substances known to be toxic, such as diethylene glycol, a component of antifreeze that proved deadly when it was illegally added to toothpaste. They also contain nitrosamines, known carcinogens found in tobacco smoke.

The findings, which were announced on Wednesday, contradict claims by electronic cigarette manufacturers that their products are safe alternatives to tobacco and contain little more than water vapor, nicotine and propylene glycol, which is used to create artificial smoke in theatrical productions. When heated, the liquid produces a vapor that users inhale through the battery-powered device [The New York Times].

Most of the cigarettes are manufactured in China, and the FDA has halted more than 50 shipments into the United States--but that hasn't made the devices unavailable in the United States. Health advocates note that the devices are sometimes marketed towards children because they come in flavors like bubblegum, chocolate and mint. E-cigarettes could get children hooked on nicotine and serve as a gateway to tobacco, says Jonathan Winickoff, chair of the American Academy of Pediatrics' Tobacco Consortium... He notes that the products are sold online and at shopping malls, where their marketing videos are seen by children and teens.... [Additionally], se

eing adults use them in public places that are normally smoke-free could make kids think that smoking — of any kind — is normal and safe [USA Today].

E-cigarette manufacturer Smoking Everywhere, however, says the FDA lacks the jurisdiction to control the sale of the cigs because they are not marketed as a product to help people quit smoking; the company sued the agency in April in an effort to stop the border seizures. And

the Electronic Cigarette Association, an industry trade group, said in a statement that the F.D.A.’s testing was too “narrow to reach any valid and reliable conclusions” and that its members sell and market their products only to adults [The New York Times]. The FDA has not said if, or how, the results of the analysis will affect the agency's practices and policies toward e-cigarette manufacturers.