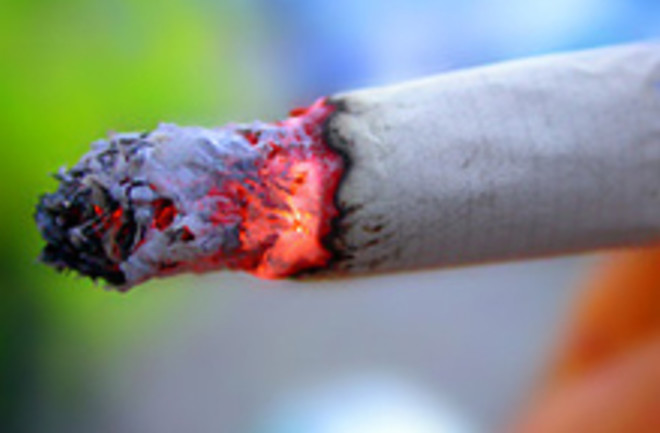 An experimental drug has shown promise in preventing emphysema in mice exposed to cigarette smoke, giving researchers new hope that they’ll soon find a way to combat one of the most stubborn, untreatable, and common killers of humans. Even though the study focuses on emphysema in mice, the researchers suggest the drug could work in people by delaying or preventing chronic obstructive pulmonary disease, which encompasses emphysema and chronic bronchitis and is the fourth most common cause of death in the United States [Science News].

The drug, called CDDO-imidazole, or CDDO-Im, works by activating a gene called Nrf2, explains study coauthor Shyam Biswal. In prior research, Biswal and colleagues found that Nrf2 works as a “master gene,” turning on genes involved in protecting the lungs from pollution and cigarette smoke. “The Nrf2 pathway is the major antioxidant and detoxifying response in the lungs. Therapies targeting this pathway need to be developed and tested in patients,” said Biswal [Reuters].

In the study, which will be published in the Proceedings of the National Academy of Sciences, researchers had mice inhale cigarette smoke for five hours a day, and fed half the mice food treated with the drug. Those mice on the drug regimen produced more antioxidants that kept their lung cells from dying and decreased inflammation in the lung tissue; those mice also showed fewer symptoms of heart disease. Antioxidants work by neutralizing the damaging molecules called free radicals that are introduced by the inhalation of cigarette smoke. Prodding the body to produce more of its own homemade antioxidants is a better approach than trying to consume them, such as by taking vitamins C and E, says Biswal [Science News].

The research will give pharmaceutical companies a new avenue to pursue as they search for emphysema treatments, said lung disease expert James Kiley. “Is it going to bring a new therapy tomorrow?” said Kiley, who wasn’t involved in the study. “Absolutely not. We don’t have any therapies that will cure the disease or halt the progression once it’s started, so it’s a step toward that” [Bloomberg].

Can Healthy Foods Be Toxic?

More From Discover
Health
These Five Doctors Experimented on Themselves — And Made Big Breakthroughs
Health
Five Interesting Facts About Thyroid Disease and Treatment
Planet Earth
The Plight of the World’s Most Populous Rhinoceros
Health
How COVID-19 Variants Could Outsmart Vaccines
The Sciences
Autopsies on Hold: Why We Need More Medical Examiners
Technology
For These Clinicians, 3D Printers Are Changing Medicine
Recommendations From Our Store
My Science ShopDiscover STEM Kits
My Science ShopDiscover 2022 Calendar
My Science ShopStrange Science
My Science ShopElements Flashcards
Shop Now
Stay Curious
Join
Our List