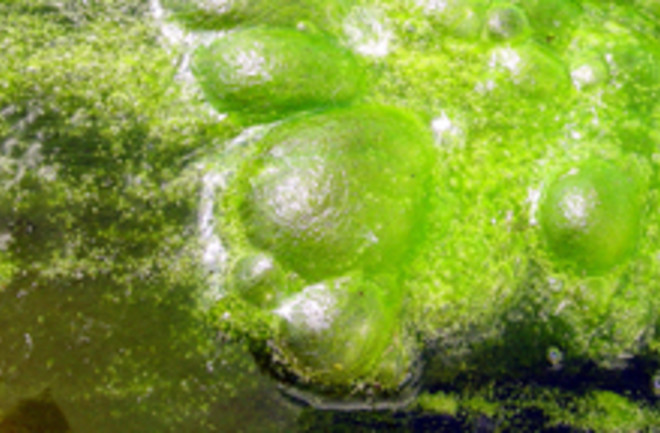 Earlier this week, the oil giant ExxonMobil announced a significant shift in direction: Rather than drilling ever downward in an attempt to find more oil, the company will invest heavily in green, growing things that can manufacture biofuel. Exxon plans to put $600 million into the production of algae-based biofuels, and will partner with the genetics company Synthetic Genomics run by genomics pioneer Craig Venter. The announcement came just a week after another industrial giant, Dow Chemical, declared its own investment in algae technology.

The biofuel industry is currently facing a shift from first-generation biofuels to so-called advanced biofuels as evidence mounts that corn-based ethanol and soybean biodiesel are not as ecologically, socially or economically sustainable as many first thought.... Algae have been touted as a better organic material for producing biofuel by many researchers and entrepreneurs. It does not take up any arable land and can be grown in controlled conditions; at a basic level algae only needs water, sunlight, carbon dioxide and some nutrients to grow [CNN].

Exxon and Synthetic Genomics expect to spend the next five or six years addressing three challenges:

Finding the most suitable strain of algae; figuring out the best way to grow it; and figuring out how to mass produce it economically within the existing energy infrastructure [The Wall Street Journal].

The biotech company will use genetic engineering to tweak existing algae strains and turn them into more efficient oil factories by, for example, causing them to produce a pure hydrocarbon that can easily be processed. The two companies hope to avoid the problems other algae startups have experienced in trying to harvest huge amounts of algae quickly and economically by avoiding the harvest altogether.

Many algae make oil, which they store as a foodstuff against an uncertain future. But they do not squirt it out of their bodies. That would be pointless. Other firms are working on ways to break up the cells of oil-rich algae to get at the oil. Dr Venter, however, has succeeded in engineering a secretion pathway from another organism into experimental algae. These algae now release their oil, which floats to the surface of the culture vessel. That is why he refers to the process as biomanufacturing. It is not farming, he reckons, because the algae themselves are never harvested [The Economist].