Forget Biofuel. Is Bioelectricity the Next Big Thing? 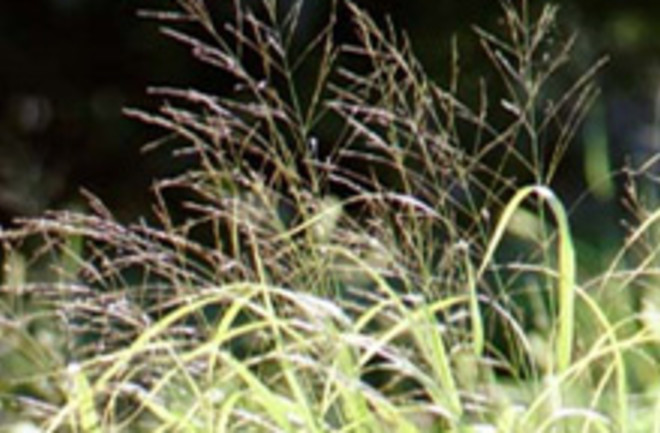 The fast growing plant switchgrass has been heralded as the next generation of biofuel stock: Unlike fertilizer-dependent corn, researchers say it's highly efficient to grow the grass and process it into ethanol. But a new study suggests that there's an even better use for switchgrass and other plants. Rather than turning them into ethanol to fill the gas tanks of cars, plants should be burned in power plants to generate "bioelectricity," which can power electric cars. Using a sophisticated computer analysis, researchers found that a

small sport utility vehicle could do 9,000 highway miles (14,484 km) on the energy produced from an acre of switchgrass converted into ethanol. But converting that biomass into electricity allowed a battery-powered SUV to get 14,000 miles (22,531 km) on the highway.... "One of the driving factors that lead to this result is that the electric motor is much more efficient than the internal combustion engine," said the lead author of the study, Elliott Campbell [Reuters].

In the study, published in Science, researchers note another advantage that bioelectricity has over biofuel. The carbon dioxide emissions from power plants that use switchgrass or other plants as fuel could theoretically be captured and stored, since the emissions come from a few smokestacks. But the carbon dioxide emissions created from burning biofuel can't be easily captured, since they come out of every car tailpipe on the road.

Biomass, even though it releases CO2 when burned, overall produces less carbon dioxide than do fossil fuels because plants grown to replenish the resource are assumed to reabsorb those emissions. Capture those combustion emissions instead and sequester them underground, and it would "result in a carbon-negative energy source that removes CO2 from the atmosphere" [Technology Review]

, the study's authors wrote. A bioelectric future for transportation would require a wide-spread adoption of electric cars, which are still very far from the automobile showrooms. But Campbell says that this is the perfect moment to make decisions about how to keep people moving in the 21st century, before all the ethanol plants and pipelines are built.

"We now have the opportunity to develop new technology for future transportation infrastructure.... If that infrastructure has a big renewable energy component, we need to understand what the most efficient energy source is" [Mercury News]