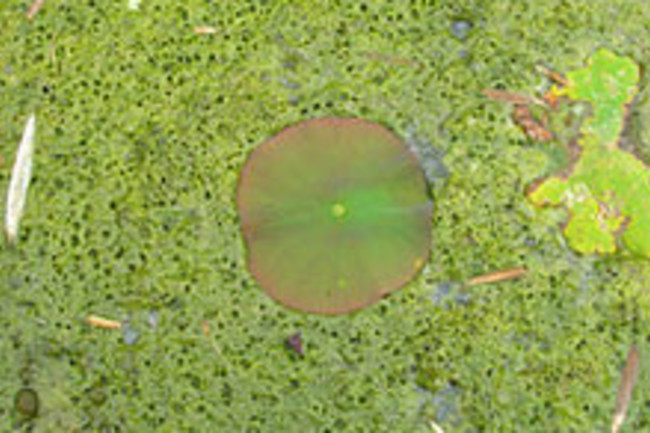 A green technology company that turns pond scum into biofuel has announced plans to build the first commercial-scale algae farm, a $92 million complex of greenhouses that are expected to eventually cover 247 acres. The company, GreenFuel Technologies, wants to recycle carbon dioxide from factories and power plants, and will use that gas plus sunshine to nourish its algae fields. The process provides two environmental benefits in one, as it simultaneously absorbs carbon dioxide emissions and provides a renewable source of fuel.

As prices for vegetable oils used to make biofuels has remained high, algae advocates have looked upon the slime as a possible savior. After all, algae are oily and could potentially produce more oil per acre than palm or other oil-yielding crops. Companies haven't yet succeeded in producing algae affordably and at significant volumes in spite of years of research and development, but a number of venture-backed companies cropped up to take on the challenge [Greentech Media].

While the companies Sapphire Energy and Solazyme have also garnered attention and funding, GreenFuel Technologies seems to have beat the competition to the punch on commercializing its technology. The company has had some difficulty getting to this point:

GreenFuel Technologies originally tested its algae-growing process in plastic bags with an Arizona utility. That project ran into trouble when the cost of harvesting the algae biomass was too high [CNET].

The algae also grew faster than it could be harvested, leading to large die-offs. But company executives say that they've developed a speedy, automatic harvester that has been working well with a 100-square-meter test site. The new algae greenhouses are being constructed in Spain next to a cement factory, which will provide the carbon dioxide; when the project reaches its full size in 2011 it will use 10 percent of the factory's carbon dioxide emissions. The funding is being provided by the Spanish renewable energy company Aurantia, which has big plans for the humble slime.

"We believe algae hold great promise for Spain as they can be harvested daily, rather than seasonally, use water very efficiently and do not require arable land like other crops," Rafael Naranjo, Aurantia Group's chief executive and chairman [AP].