The Second Coming of Biofuels

Plant-based fuels have been a big disappointment to date, but new "green biofuels" might fulfill their promise. 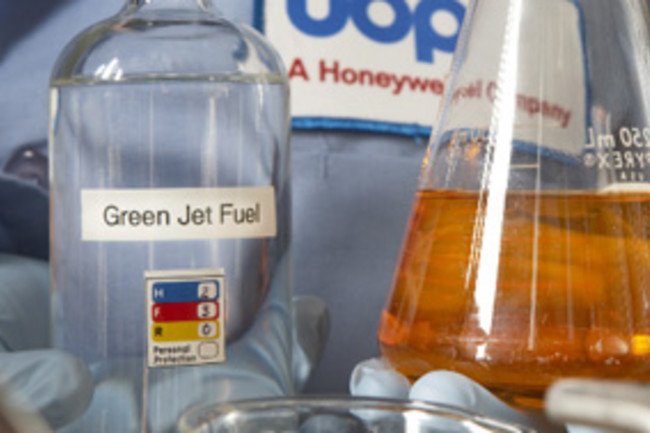 Somewhere between fifth and sixth gear in this roaring, turbo-charged Audi A5, I realize I'm not that excited about electric cars.

As an eco-conscious citizen, I should be a little ashamed of my attachment to pistons and gears. But in this test drive, I don't have to be. While the Audi I'm test-driving is a regular production car, the fuel inside it is a new, ultra-potent kind of biofuel that has only a quarter of the per-gallon carbon footprint of petroleum-derived fuel. Sure, that doesn't sound that exciting compared to a zero-emission electric car—until you consider that this new fuel doesn't require new car factories, new fueling infrastructure, or the turnover of our existing fleet of vehicles, all of which are expensive, massively polluting ventures. Could it be that the greenest car on the market is already in your garage—it just needs a new kind of juice?

The New Plant Fuel "Green diesel," as it's being called, isn't the first effort to use plants to power cars; your gas tank probably has a blend of gas and plant-derived ethanol inside it right now. But it's hard to get excited about biofuels when they already have such a bad rep. The use of corn and sugar in fuels has driven up the cost of food by a whopping 75 percent worldwide, according to a recent report by the World Bank. And a Nobel-prize winning chemist has publicized his findings that biofuels made from nitrogen-thirsty plants (like corn and canola) actually produce a net increase in greenhouse gas emissions, because they release nitrous oxide during their production. As if all that wasn't bad enough, ethanol blends hurt your car's fuel economy. Not exactly the makings of a green energy panacea.

But high-performance green diesel and gas aren't like other biofuels; they're perfect substitutes for petroleum-derived fuels, except they're made from plant matter like forest detritus, also known as cellulosic waste, or from algae.Green fuels can also be refined on the exact same equipment that refines petroleum. By contrast, traditional ethanol requires new equipment and uses edible plants like corn and sugar that need rich farmland to grow.

Also unlike traditional ethanol, green fuels can be also be used in gas tanks in 100 percent concentrations; their cetane numbers, or combustion quality, are actually higher than those of petroleum fuel. That means they could also be used to power jet airplanes, another prime polluter. To boot, green fuels are also more stable and have a lower cloud point than other biofuels. Regular ethanol breaks down over time when it sits in your tank, and turns viscous and sludgy in cold weather.

The secret to this high-performance green stuff is in the production. The refinement of green diesel uses a process called catalytic hydroprocessing. Put simply, cellulosic oils and greases are fed into a "diesel hydrotreater" with a small amount of petrodiesel, and hydrogen is forced into the mixture. That starts a catalytic reaction, the product of which is a potent petroleum substitute. What differentiates this process from tradition biofuel production is the infusion of hydrogen—it removes the dilutive oxygen that most biofuels contain, leaving only the combustible isoparaffins and paraffins, which are indistinguishable from the molecules in refined petroleum.The only byproduct of the process is propane, which can be reintroduced into the production loop as a source of hydrogen.

But Will It Scale? When you crunch the numbers, the implications of usingthe most advanced of these feedstocks, algae oil, are tremendous. Replacingjust 20 percent of America'scurrent thirst for gasoline with current biofuels made from conventionalfeedstocks like soy or sugar would require a mass of farmland the size of California, Indiana, Nevada and Michigancombined—260 million acres—devoted only to growing fuel. That's because plantslike soy make for a terribly low oil yield: about 100 gallons of oil per acre.Compare that to algae, which can generate 3,500 gallons of oil per acre, andgreen diesel starts looking feasible on a large scale. Plus, algae can grow wellin arid land, so it wouldn't take up valuable farmland in the Midwest.Build a shallow, algae-growing pool of saltwater about the size of Rhode Island under the hot New Mexico sun and you could replace thatsame 20 percent of our gasoline demand. The saline pools wouldn't use uppotable water and could perhaps double as cooling channels for nuclear powerplants.

Then there are the fringe benefits: Because we couldgrow, harvest, and produce algae-based green fuels here in the US, there would be no expensive and pollutingtransportation from the Middle East, and noenergy-intensive drilling or prospecting. That would mean production could comewith a 75 percent smaller carbon cost as compared to petro-fuel—not to mentionreduced reliance on OPEC. Suddenly biofuels are looking like a hot prospectagain.

A Solution In Motion No matter how fast and guilt-free this Audi feels, revolutions aren't guaranteed and they don't happen overnight: A lot of the technology that is required to scale up the production of green fuel is still in development, and green fuels in general need statutory mandates to attain popular use. Oil is becoming increasingly difficult to find and extract, but it's still much more profitable than developing alternate fuels. Strong legislation and tax incentives are necessary to encourage investment in biofuels if they are to be produced widely and efficiently.

But there's some big money behind green fuel so far: UOP, a division of energy company Honeywell, is one company researching the new fuel. It's one of the world's largest petroleum research companies, with its technologies at work in the production of over 60 percent of the world's gasoline. Even though it's currently entrenched in the oil industry—it's one of the world's largest petroleum research companies—UOP created an renewable energy unit dedicated to green fuels in 2006.

UOP has already licensed green diesel technology to two European refiners, one of which, Eni S.p.A., intends to have a plant operational in Livorno, Italy, by 2009. It is UOP's research and development folks who've lent me the Audi full of green diesel in the hopes of demonstrating that it is indeed possible to make a biofuel that results in lower emissions, lower carbon footprint, and lower cost—all while behaving like a wild explosive inside your engine.

According to UOP's timeline, refiners will start out using conventional vegetable oils as raw materials, called "feedstocks" in fuel jargon. Within three to five years, they hope to move to more sustainable and efficient feedstocks like forest waste, crop residuals, and municipal solid waste before transitioning finally to inedible plant oils like camelina, jatropha, and algae oil. As the collection methods for these feedstocks improve, production will grow.

The production process of green diesel was developed ahead of green gasoline—which would be more useful in the US—but UOP is presently in licensing talks with several unnamed North American refiners, too.

Other big names like BP and ConocoPhilips are also investing in the conversion of cellulosic material to fuel, and venture capital firms are lining up to put money into research and development, according to Daniel Sperling, director of the Institute of Transportation Studies at the University of California, Davis, and the co-author of a forthcoming book about the future offuels, cars, and energy policy. Sperling says Congress' most recent biofuels mandate requires 36 billion gallons of non-petroleum fuel to be in our gas tanks by 2022, 15 billion gallons of which must be advanced, non-ethanol biofuels like green diesel.

Not So Fast… Despite the high hopes, there are still factors that could bring down biofuel's resurgence. "Algae looks promising, but the volumes of fuel we'd need to produce are just huge," says Sperling. "None of these fuels are obvious winners yet, on a largescale. They'll all certainly be produced in the future, but it's unclear just how successful they'll be." That's thanks to a laundry list of variables that could vitiate their progress: hitches in the collection of cellulosic material, trouble converting land to agricultural development, or ineffectual government support.

Dr. Jennifer Holmgren is the director of UOP's Renewable Energy and Chemicals division. While she's optimistic about the benefits of their green fuel technology, she concedes that our national energy demand is growing faster than any one solution. "I don't believe in a future without petroleum, honestly," she says. "The demand for fuel is just growing too fast. I think we'll need to make a transition to a point where our fuel is coming from other feedstocks in combination with petroleum." That means that despite the promise of biomass as a petroleum substitute, demand will require not simply petro-fuel or biofuel or electriccars, but all three.

So with green fuel on the three-to-five-year horizon, what will our transportation energy look like in a decade? "It will depend on where you live," says Sperling. Midwesterners, for example, might use more cellulosic waste-based green fuel because of their abundance of farm land, while Southwesterners use algae-based green fuel. People in Texas will plug in electric vehicles to their wind-powered grid, while Northeasterners might rely on nuclear-generated electricity. A multifaceted solution isn't as exciting as a silver-bullet concept car, but luckily it doesn't have to be—it just needs to work.

At present, however, the stars seem to be aligning for green fuel, even if consumers are busy drooling over new fangled hybrids and EVs.