An Electric-Car Highway in California, But Just for Tesla 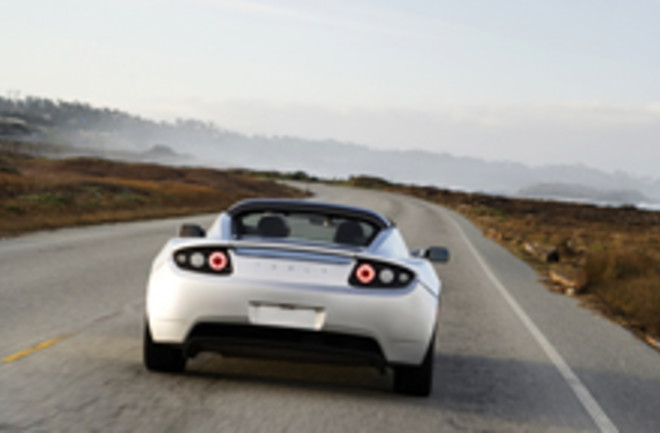 In a move that may give electric cars a literal and figurative boost forward, five battery-recharging stations have been established on California's Highway 101, which will give certain electric cars enough juice to drive all the way from San Francisco to Los Angeles with one less-than-one-hour stop to recharge.

But there’s a catch: At the moment, only Tesla Roadsters can charge at the stations [The New York Times].

One of the biggest concerns regarding all-electric cars is the limited driving range provided by a fully charged battery. The Tesla Roadster, for example, can go about 250 miles before pooping out, inspiring the new term "range anxiety"--the fear of running out of juice far from your home recharging station. This project is meant to demonstrate

that ubiquitous availability of fast-charging stations could make that point moot [The New York Times].

Tesla teamed up with the Dutch bank Rabobank on the project, and four of the charging stations (open only to Tesla cars, per the deal) will be in the parking lots of the bank's branches. Because the car will have to be plugged in for 30 or 45 minutes, the charging stations are situated in areas with shops and restaurants. Stopping at one of the five stations would give a driver enough of a boost to cover the 380 miles between San Francisco and Los Angeles. The bank will cover the cost of the electricity, which isn't expected to be very high. Fully charging a Tesla costs about $4. Most drivers using the stations are expected to top off their batteries rather than recharge from scratch, which takes more than three hours. And Tesla Motors ... has sold just 700 roadsters so far. "I do not believe we're going to have a hundred cars lined up tomorrow - there's not that many of these cars on the road yet"