What Does GM's Bankruptcy Mean for Its Much-Hyped Electric Car? 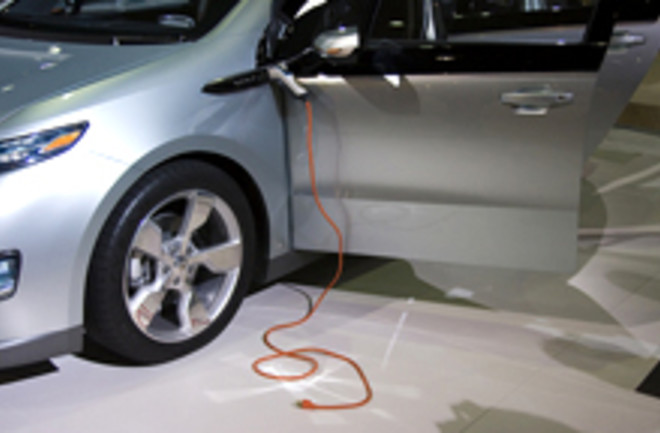 The electric car under development at General Motors has been heralded as a potential savior of both the American car industry and the environment, but in aftermath of the automaker's bankruptcy filing many questions are being raised about the Chevy Volt's future. GM executives swear that the cutting edge vehicle is still on track to reach auto dealerships late next year:

GM executive Jon Lauckner says that the bankruptcy filing "has no bearing on the Volt, quite frankly.... We’re not anticipating any changes. November 2010 remains our date with destiny” [Wired.com].

Lauckner added that engineers have already begun assembly of the pre-production Volts that will be used to test handling and durability, and for crash tests. But some outside experts wonder whether bankruptcy courts will permit the expensive Volt program to continue. The Volt could revolutionize driving for many commuters, allowing them to cruise to and from work without ever stopping by a gas station to fill up.

Different than traditional hybrid or plug-in hybrid vehicles, the Volt can go 40 miles on a single charge on the electric engine and then a smaller, gasoline-powered combustion engine generates electricity for the motor, acting as a range extender [GreenBiz.com].

GM has said that the Volt should be able to drive 400 miles on a full charge and a full tank. The car is expected to sell for around $40,000. But before the Volt can revolutionize anything,

it must get over a big bump in the road: profitability. The high cost of the new technology means that the car will most likely lose money for at least the first several years of production. And as GM sheds workers, factories and dealerships, the bankruptcy court could question the wisdom of manufacturing the expensive new vehicle [Politico].

While the Volt certainly fits with the Obama administration's mandate for greener, more fuel-efficient cars, some experts note that the U.S. government is not entirely bullish on GM's electric car.

Earlier this year, the White House released an assessment of the automaker that concluded that the Volt will cost too much to make to be a commercial success. From the report: "GM is at least one generation behind Toyota on advanced, "green" powertrain development. In an attempt to leapfrog Toyota, GM has devoted significant resources to the Chevy Volt. While the Volt holds promise, it is currently projected to be much more expensive than its gasoline-fueled peers and will likely need substantial reductions in manufacturing cost in order to become commercially viable" [Technology Review].