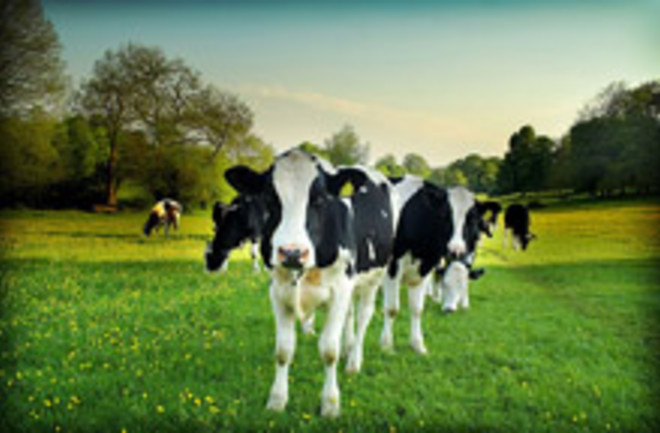 One can only speculate whether cows have a preference for names like Princess or Lady. But according to a new study, pretty much any name is better than none at all. When British scientists asked 516 U.K. dairy farmers, half of whom had named their cows, the other half of whom hadn’t, about how much milk their animals were producing, they found that the cows with names produced more milk—a whopping 500 pints more a year, in fact. That’s an extra 6,800 gallons per year at a typical farm! The reason for the significant increase, according to Catherine Douglas of Newcastle University’s School of Agriculture, Food and Rural Development, is that calling cows by name, and thereby presumably giving them personal attention, cuts their level of cortisol, a stress hormone that inhibits milk production. The scientists also reported that the milk numbers confirmed what they already knew: Dairy farmers think their cows are intelligent and can experience a range of emotion—and sometimes even treat their cows like family. If the extra cash isn’t a good enough reason to start calling cows by name, then here’s another one: It makes the cow less likely to kick or stomp on the person milking them. Related Content: DISCOVER: Fighting Cow Methane With Food DISCOVER: All Aboard The Cow Train Discoblog: Scientists Build Fake Burping Cows