Honeybee Murder Mystery: "We Found the Bullet Hole," Not the "Smoking Gun" 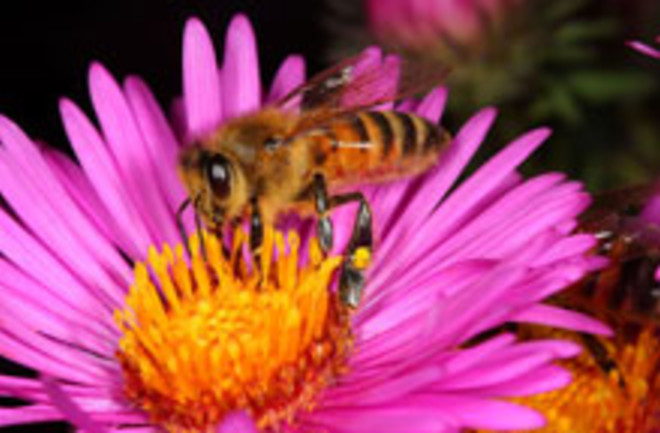 Scientists have long wondered what exactly is killing bees in hives afflicted by colony collapse disorder (CCD), and now they may have found a clue. Bees in collapsing hives showed evidence of damaged ribosomes, which are crucial to protein production, according to a study published in the journal Proceedings of the National Academy of Science. The researchers suggest that an onslaught of viruses may be responsible for the cellular damage. The findings suggest that CCD, which has been blamed on everything from viruses to fungi to pesticides, may be linked to problems with protein production that could make bees more susceptible to these threats.

, said lead researcher May Berenbaum. To learn more about what may cause CCD, the researchers looked at the genes that were switched on in the guts of sick and healthy bees — the gut being both the place pesticides are detoxified and the main region for immune defense

. They found odd ribosomal RNA fragments in the guts of sickly bees which could indicate that these bees are under attack by a number of insect viruses — including deformed wing virus and Israeli acute paralysis virus — that damage the ribosomes.... Once the bees' systems get burdened this way, they are less capable of fighting off any other threat, from pesticides to other environmental causes

. Although the study doesn't show what causes CCD, nor how it can be cured, it may show how the disorder devastates hives.

"We may not have the smoking gun," [says Berenbaum,] but "we found the bullet hole" [The Scientist].

And that's important economically: Honey bees pollinate a multitude of crops, and the value of their services to U.S. farmers is estimated at about $15 billion. Related Content: 80beats: Are Reports of a Global Honeybee Crisis Overblown? 80beats: Honeybee Killer Still at Large DISCOVER: The Baffling Bee Die-Off Continues DISCOVER: Beepocalypse Image: Joseph Spencer