The infamous Mongol ruler was concerned with far more than conquest. His empire encouraged cultural pursuits, and even provided women with a degree of power. 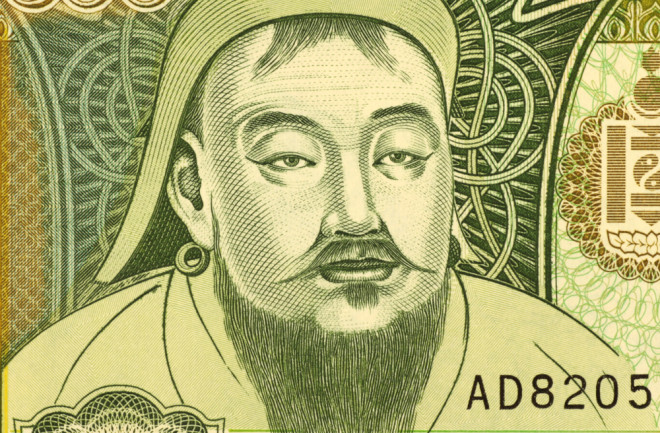 Genghis Khan is remembered as one of history’s most fearsome rulers. He was best known for consolidating the Mongol tribes into a unified clan under his rule (A.D. 1206-1227), and he battled and defeated the infamous Jin dynasty in neighboring China. After his death, the Mongol empire reached its height and expanded as far west as the Persian Gulf and as far east as the Pacific, making it the largest contiguous empire that the world has ever seen.

Today, he’s known as a brutal warrior who killed his brother to take power, and had no problem using violence to expand his domain. But it was actually his lesser-known, more redeeming qualities that enabled his rise to the top  — and kept him there for over two decades.

According to historian Morris Rossabi, he’s best known for filling all of his positions of power based on merit rather than simply offering jobs to those within the Mongol aristocracy. Because he recruited from China, Manchuria and Central Asia, you didn’t even have to be a Mongol to enjoy success within his administration. “He tried to place only the most competent people in military and civilian posts, and this was a huge contributing factor to this success,” Rossabi says.

He was also quick to share the wealth of the conquered with his people, adds Rossabi, an associate adjunct professor of Asian History at Columbia University. “He was never greedy and as a result he garnered the loyalty of his people.” Historians contend that his soldiers weren’t allowed to steal personal loot from the conquered because he abhorred rapacity.

The Expansion of Trade

Genghis Khan advanced his empire by understanding that you can’t be good at everything. Therefore, the strength of his leadership came from his ability to find the best people to take on the roles he couldn’t fill himself, Rossabi explains. And the same was true of trade: He argued a strong society resulted from importing what you couldn’t produce and elevating the economy by selling what you could.

“He was delighted to have contact with foreigners economically and he was always sending out caravans to trade,” Rossabi says. “This began the process of linking the Silk Road to the Middle East, and then eventually to Europe.”

The same was not true of the leaders of the Jin Dynasty in China, who largely viewed trade merchants with disdain. This likely gave Genghis Khan a leg up in the eventual defeat of the neighboring dynasty.

What’s more, it was this cultural understanding that likely led him to commission the first written language for the Mongols. And while they didn’t write a huge amount, they did order scribes to record the history of the empire. Most importantly, Genghis Khan was amenable to linking the Mongol civilization to others without inflicting oppression. “While he was a conquerer, he was much more than that,” Rossabi notes.

He was accordingly keen on establishing political alliances that helped launch his rise to power, says Eli Alberts, an associate professor of Asian history at Colorado State University.

And through his leadership, Genghis Khan succeeded in quelling the turmoil that haunted his youth, Alberts notes. “He brought order to a world that had been insecure before his reign,” says Alberts. He built a government structure and various laws that regulated behavior on the Mongolian steppe, the vast swath of central Asian grasslands where he ruled. The raids and kidnapping that had created instability and distress during his childhood were no longer tolerated under his rule and that of his sons and grandsons. Genghis Khan himself had suffered at the hands of this instability: His father died as a result of poisoning by a rival tribe when he was just a boy, and his mother was abducted and then returned by a neighboring tribe.

As it turns out, the warlord allocated women a certain extent of power.  For example, Genghis Khan’s mother, Hoelun, served as the primary caregiver throughout his life. He had warm regard for her, Alberts says. In some cases, she and other women held positions of authority within the empire. This was especially true when the men traveled for conquest and left them behind. But this shouldn’t be perceived within the modern conception of feminism, considering that when women had trouble conceiving they were usually relegated to lower positions — their power was still based primarily on the heirs they produced.

The Khans generally had several wives, which was customary at the time, Alberts says. But it’s also thought that Genghis had a certain softness for his first wife Börte, and he went to great pains to form the alliances necessary to attack and retrieve his beloved from the tribe that initially abducted her. Eight months later, he supposedly rescued her and she became the Great Empress. Börte went on to give birth to nine of his children. But scholars can’t be sure of the accuracy of the relevant historical texts.

Above all, Alberts says, his reign and that of his sons and grandsons was marked by tolerance over oppression. Their rule fostered an exchange of knowledge in the areas of science, religion, culture and language with the other established civilizations of the 13th and 14th centuries. In fact, the Mongols were patrons of several religions including Islam, Buddhism, Taoism and Christianity.

Beyond Genghis Khan, the Mongols people as a whole have been largely underestimated throughout history, says Alberts. They weren’t simply a collection of brutal warlords that thrived on the blood and spoils of their conquests. “The evidence just doesn’t back up the popular misconception of Mongols destroying everything in their path,” Alberts says.

The Mongols and Genghis Khan should be remembered, he says, for running a successful empire based on laws, language, trade and an understanding that a society’s strength comes from good governance.