Bye Bye Birdie? One-Third of American Birds Are in Decline 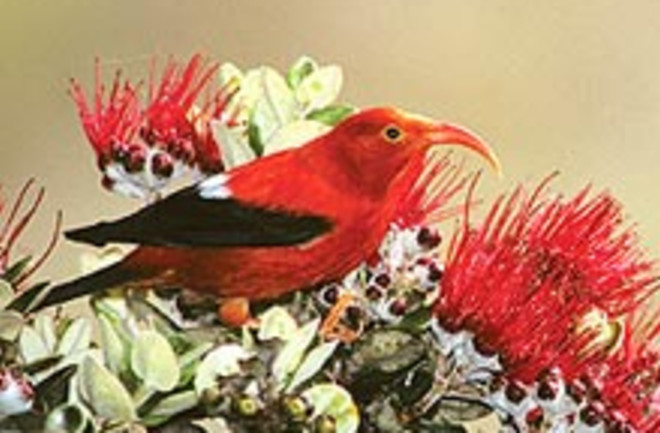 The birds of America are in trouble, and those living in Hawaiian paradise are the worst off, according to a dire report issued by the U.S. Interior Department. The State of the Birds report spreads the alarming news that one-third of bird species across the nation are endangered, threatened, or in serious decline due to habitat loss, polluted water, invasive species, and disease, says the study.

Climate change will make things worse, and work is urgently needed to prevent “a global tragedy” of bird loss, the report added [The New York Times].

Bird species native to Hawaii, an isolated ecosystem, are particularly at risk, with 31 species currently listed as endangered.

"That is the epicenter of extinctions and near-extinctions," said John Fitzpatrick, director of the Cornell Lab of Ornithology, which helped produce the study. "Hawaii is (a) borderline ecological disaster." Hawaii's native birds are threatened by the destruction of their habitats by invasive plant species and feral animals like pigs, goats and sheep. Diseases, especially those borne by mosquitoes, are another killer [AP].

Researchers say that 71 bird species that were found only on Hawaii have gone extinct since humans first settled the islands. The study

presents data collected by government and academic scientists, as well as information contributed by amateur bird-watchers.... Overall, the United States is home to more than 800 species of birds; 67 of those are federally listed as endangered or threatened, with an additional 184 species causing concern because of they are narrowly distributed or have declining populations, the report said [Reuters].

But Interior Secretary Ken Salazar did dole out a few crumbs of good news.

The study found that herons, egrets, ducks and other birds that benefit from wetlands conservation were rebounding. Findings like this “show us that conservation can really work,” Mr. Salazar said [The New York Times].

Birds of prey like the peregrine falcon and bald eagle have also made a comeback due to intense conservation efforts and a reduction in pesticide use. Related Content: 80beats: The World’s Endangered Species List Is Endangered 80beats: Obama Brings Experts Back to Endangered Species Policy 80beats: Confused and Sick Pelicans Found Far From the Coast Mystify Biologists DISCOVER: Still Extinct? On the trail of the ivory-billed woodpecker DISCOVER: Wildlife Conservation 2.0 explores a software-based approach to conservationImage: Jack Jeffrey/an I'iwi native to Hawaii