A new software-based approach may be the key to saving thousands of species. 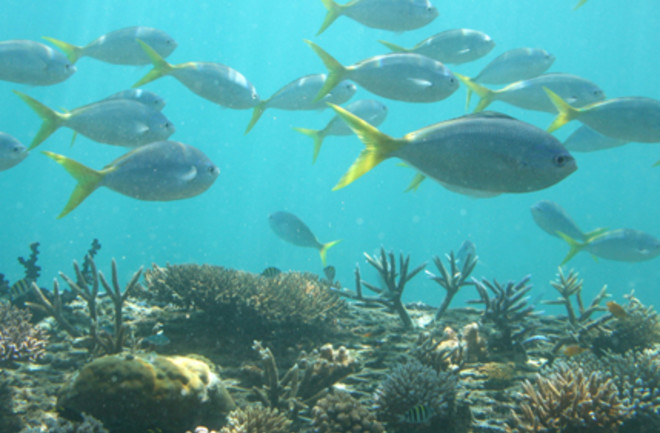 Aquatic wildlife of the Great Barrier Reef gets a boost from Marxan software.

Nothing pushes a species to extinction like wiping out its habitat. Consider the Hawaiian Islands: They were originally covered in trees, but by the 1950s three-quarters of the islands’ natural forests had been destroyed to make way for animal pastures and crops. Many other habitats were overrun by introduced pigs and rats. The effect on Hawaii’s indigenous species was devastating: In the last 200 years, 28 species of birds alone were wiped out, including the large Kauai thrush. Once widespread throughout the Hawaiian Islands, this thrush has not been seen since 1989. It is considered extinct by the World Conservation Union.

Conservation biologists face an increasingly difficult job of preserving habitats and, with them, global biodiversity. But Hugh Possingham, an ecologist and mathematician at the University of Queensland in Australia, has developed revolutionary software that will make their work easier and more effective.

Traditionally, biologists have drawn up priority lists of places that should be preserved. Sounds straightforward—except that different biologists favor different lists, each list driven by different criteria. One might rank a location according to the overall number of threatened species there, while another ranks locations based on the number of species that are unique to that area. Which list should an organization follow? The most popular list to have emerged, first proposed in the late 1980s by conservation biologist Norman Myers, pinpoints “biodiversity hot spots”—those places with the greatest number of unique species facing the most severe threats, such as the tropical Andes and the Horn of Africa.

Possingham questions the conventional wisdom that severely threatened places deserve the most attention, and he sees a better path to preservation. “A consequence of our approach is that you do not spend the most money on the most endangered species or the most endangered regions,” he says. “You balance cost and biodiversity and threats.”

For example, last September Possingham, Kerrie Wilson (a biologist at the University of Queensland), and a team of researchers assessed the cost and outcomes of various conservation actions in 39 “Mediterranean” ecoregions identified by the World Wildlife Foundation (WWF). These regions—in places like California, South Africa, Chile, and Australia—are among the world’s most threatened. Analysis showed that to save the most biodiversity for the buck, scientists might do best to spend money on relatively cheap interventions (such as weed control in a Chilean forest, where weed removal means native trees do not have to compete for nutrients in the soil) and eschew more expensive investments in areas such as Australia’s Jarrah-Karri forest, even though it has the highest vertebrate diversity of all the Mediterranean regions analyzed and is home to rare marsupials. The goal is to save more species on the whole, even if they are less newsworthy or photogenic.

Possingham began developing this unconventional way of thinking in 1994, when he was on sabbatical at Imperial College London and watched biologists scrambling to try to figure out what to save. He was amazed to see that when they drew up their priority lists, they neglected a crucial factor: cost. Well grounded in math, Possingham began constructing models that performed cost-efficiency analyses of different conservation schemes, ultimately encoding his work into Marxan, a software program written by a Ph.D. student named Ian Ball and first released in 1999. Since then, Possingham has continued to incorporate new factors into his models, including information about the types of threats that species face, the cost of interventions to combat these threats, and the ability to account for how threats and interventions change over time.

In practice, Marxan is a tool into which conservationists and policy­makers can enter information about their local environment—the distribution of flora and fauna, for example, or the economic value of a patch of land. Based on these data, Marxan designs nature reserves that cost as little as possible to create and maintain, while meeting whatever conservation criteria the user has established; this might mean creating the smallest possible nature reserve that still represents every type of plant life in a given region.

Many conservation organizations and governments around the world have enthusiastically adopted Marxan to design and manage protected areas. The Australian government, for example, recently used Possingham’s analysis to guide a series of major conservation decisions. Marxan helped identify regions off Australia’s northeast coast that collectively maximized biological diversity in the Great Barrier Reef Marine Park, leading to the rezoning of the park boundaries. The government also used Marxan in designating 50 million hectares of new reserves in other parts of the country.

Not everyone raves about Possingham’s work. Some claim his software-driven approach is at times unnecessary. Conservation ecol­ogist Stuart Pimm of Duke University thinks that Possingham’s models make sense in places like Australia, where there is still a lot of intact biodiversity; he has reservations about its use in places where biodiversity is fast declining. For instance, Pimm and a small group of other scientists are now buying up cattle pastures in Brazil to try to connect fragments of highly diverse—and highly threatened—coastal forests. Pimm calls this action so “obvious” that it requires no methodical cost-benefit analysis. “When you’ve got a lot of land to play with,” Pimm says, “it makes sense to think of these formalized processes [like Possingham’s], but in practice, in areas that are particularly badly degraded, you don’t have a lot of choices.”

To many others, though, Marxan’s process is part of the appeal. “For years people have sat around with maps and pens and drawn lines on the maps and said, ‘We should protect this and protect that,’” says Ray Nias, conservation director for the WWF-Australia, based in Sydney. “What Hugh has done is to make that a mathematical and logical process rather than an intuitive one. It’s far more sophisticated and robust than the old way of doing things.”

Possingham and his colleagues are currently working on making Marxan faster and easier to use and adding additional routines to consider the effects of catastrophes like hurricanes. Not a bad thing, if we are to save as many as possible of the 16,306 species currently listed as threatened by the World Conservation Union.