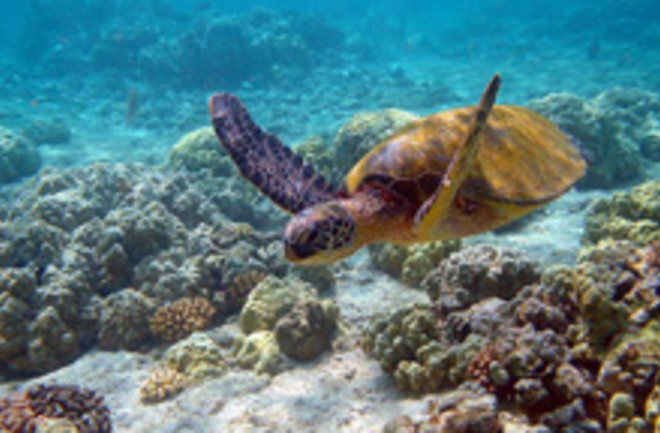 The Red List, the world's most frequently consulted resource for information on endangered species, has come under criticism by scientists and conservationists, some of whom themselves contribute to the list, for being flawed and unscientific. The list, put out annually by the International Union for Conservation of Nature (IUCN), is used to raise awareness and funds for conservation, to inform environmental impact studies, and as a tool for lobbyists. But many are now questioning the list's accuracy, saying that the volunteer-collected data is unreliable, and the criteria the IUCN uses to interpret that data are haphazard. "The Red List wants to be a high standard, scientifically based, transparent system, but in reality it hasn't been" [ABC News], says Matthew Godfrey, one of the specialists who helps compile the list. Green turtles, for example, are classified as endangered despite a population that exceeds two million. "Green turtles are not going to disappear", said Dr Brendan Godley of ... the Marine Turtle Specialist Group. Although some populations of green turtle are at serious risk from egg harvesting, "it's just not the same level of risk as a population of 50 parrots living on a small island that are being deforested" [The Telegraph]. Species are placed "at risk" if their numbers fall below set thresholds. But these can throw up inconsistencies and some conservationists claim they are biased towards mammals [The Telegraph]. Atte Komonen, a biologist in Sweden, said, "A thousand elephants might well be viable, but 1000 beetles is very unlikely to be, not least because they might occupy a single tree that could go up in smoke" [ABC News]. Use of the “precautionary principle” is another point of contention, because it results in groups demanding stronger proof that species numbers have risen than fallen, potentially exaggerating extinction risks. "There is a tension between following scientific principles or precautionary conservation principles", said [herpetologist] Grahame Webb [The Telegraph]. The criticisms are being aired in a series of articles in the journal Endangered Species Research. The reality of the list, some say, is that it is essentially a product of guesswork. "The process is supposed to capture that uncertainty, but the uncertainty is not transmitted when the results are published, or used to inform policy," says [ecologist Adrian] Newton, who argues that the Red List should not be used to judge the success of the 2010 goal of the Convention on Biological Diversity next year…. [And] even though the IUCN frequently points out that the Red List should not be used alone to set conservation priorities, it often is, and this means money can be wasted on species that could be better spent elsewhere [ABC News]. Related Content: 80beats: Obama Brings Experts Back to Endangered Species Policy 80beats: Cacophony in the Oceans May Confuse Whales and Drown Out Their Songs