An Ancient Tooth Is Revealing More About Our Human Ancestors 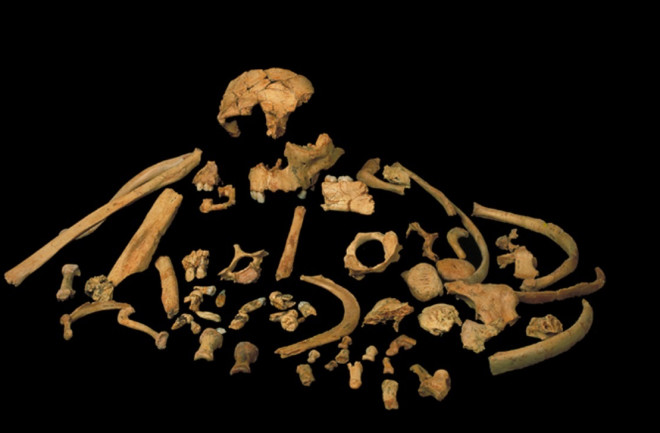 A nearly million-year-old tooth is giving scientists new insights into the murky history of human origins. Researchers have analyzed dental enamel from the tooth of a mysterious human ancestor known as Homo antecessor, and their findings help provide some clarity regarding the longstanding mystery of where our species came from.

Actually, who our species came from might be more accurate. There’s a gap in our species’ branching evolutionary tree. Anthropologists know we evolved from more ancient hominins like H. erectus, who lived over a million years ago. And they think we split from more modern hominins like Neanderthals and Denisovans more than half a million years ago. But between the two events, there’s a gap. Scientists are still searching for our last common ancestor with Neanderthals and Denisovans, the species that would birth three of the most modern human lineages.

H. antecessor was long considered one of the candidates. The hominin remains were discovered only fairly recently, in caves in Spain’s Atapuerca Mountains. Beginning in the mid-1990s, anthropologists found the remains of six individuals, along with stone tools and animal bones. The finds were dated to at least 800,000 years old. H. antecessor had an intriguing mix of ancient and modern facial characteristics, leading some researchers to speculate they could be the missing link that led to us.

Now researchers at the University of Copenhagen say they and their team have definitively disproved the theory. Their evidence is based on a new method of analysis known as proteomics. While H. antecessor’s DNA could not have survived, some of their proteins have. By scraping enamel from a tooth belonging to one of the ancient humans, scientists are able to examine the unique sequences of amino acids that made up the proteins in their bodies. Not only do those proteins serve as a fingerprint for the species, they also give insights into H. antecessor’s biology.

“By studying the protein amino acid sequences, one of the things we can do is actually talk about the evolutionary relationships between past species or extinct species and [currently existing] species,” says Frido Welker, a postdoctoral fellow at the University of Copenhagen and co-author of a new study outlining the group’s findings.

With that information, the researchers could place H. antecessor more confidently within the human lineage. It also let them show that the individual they sampled was a male. The ancient humans diverged from our ancestors before the split that led to Neanderthals and Denisovans, they say in their paper, published Wednesday in Nature. That makes them a sister lineage to our own — close relatives, but not our direct ancestors.

The discovery is also intriguing because of H. antecessor’s modern-like facial characteristics. For example, their cheekbones, which looked quite similar to those of modern-day humans, Welker says.

“If we assume that our phylogenetic tree is correct,” he says, “then it implies that there must be other hominin fossils out there that also have more modern-like faces.”

This might include species that are even older than H. antecessor, a sign that the human face — or at least elements of it — is more ancient than we think.

While placing H. antecessor on its own branch of the evolutionary tree helps refine scientists’ understanding of our past, the question of who our shared ancestor with Neanderthals and Denisovans is remains unresolved.

Scientists have proposed other ancient humans, like H. heidelbergensis, as options as well. That group likely lived sometime between 300,000 and 700,000 years ago, and had brains almost as large as ours. Some debate remains over whether they were a separate species, however, as some anthropologists group them with Neanderthals. Regardless, there’s no evidence yet that clearly suggests they might be our ancestors, either.

But we can now cross one species off the list of our potential ancestors. H. antecessor did not lead to modern humans, the researchers say. And it leaves us one step closer to answering the ultimate question of who we came from.