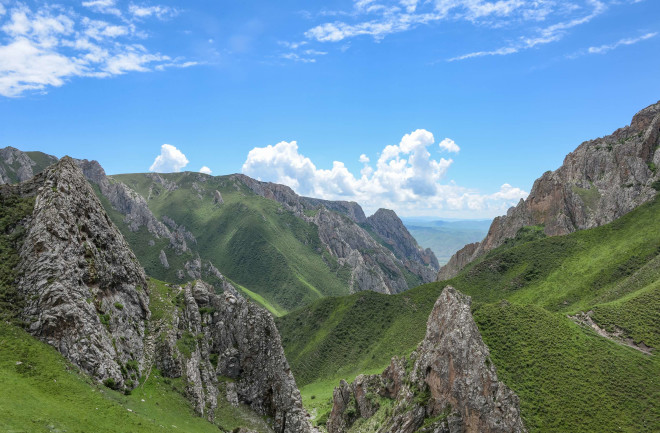 Since 2008, when their fragmentary fossils first turned up in a Siberian cave, the Denisovans have been the most mysterious branch of the human family tree. The archaic humans, like Neanderthals, lived at the same time as early Homo sapiens but have been extinct for tens of thousands of years.

For nearly a decade, we’ve known Denisovans from only one site, which yielded just a shard of finger bone and a few teeth from four individuals — and ancient DNA extracted from the scant remains.

In 2019, however, a series of discoveries revealed our evolutionary kin in greater detail than ever, answering some questions but also presenting new mysteries. One thing is clear: The Denisovans were much more complex than we thought, occupying diverse and sometimes extreme environments spread over much of Asia.

In March, researchers announced that they had found two small skull fragments — the first known pieces of a Denisovan braincase — belonging to a fifth individual in Denisova Cave, in the Altai Mountains of southern Siberia. However, the biggest news about our mysterious extinct cousins came from outside their namesake cave.

Writing in Nature in May, a separate team announced that a partial mandible, or jawbone, found in a cave on the Tibetan Plateau, came from a Denisovan. It was the first time a Denisovan had been found outside Denisova Cave. And, at around 160,000 years old and about 2 miles above sea level, it revealed that archaic humans lived at extreme altitudes long before our own species did.

The discovery also cleared up a modern mystery. Scientists have known that modern-day Tibetans possess a gene inherited from Denisovans thousands of years ago, when our species interbred. The gene, known as EPAS1, alters the body’s production of hemoglobin, a protein in red blood cells that carries oxygen, and helps them survive high-altitude environments. However, because Denisova Cave is not at high altitude, researchers had puzzled over why individuals living there would be adapted for the high life.

The discovery of the Tibetan mandible solves that mystery, and also expands the known Denisovan territory by more than a thousand miles.

The Tibetan jawbone might answer a few more questions, too. Scientists have not been able to identify a number of ancient human bones unearthed in China; knowing what Denisovan jaws look like may help them classify some of the undescribed fossils.

While Denisovan fossils have been few and fragmentary, science has something just as valuable: their DNA. The first Denisovan genome was published in 2010, concurrently with news of their discovery, and it’s allowed scientists to probe their history from another angle altogether. Multiple research teams have recently compared the Denisovan genome with those of modern humans, turning up connections such as the Tibetan EPAS1 gene. Other studies have revealed that people in Southeast Asia and Oceania have a small percentage of different Denisovan genetic signatures.

In April in the journal Cell, researchers described a new wrinkle in the Denisovan story. By scanning the genomes of 161 people living in Indonesia and Papua New Guinea, the scientists isolated surviving fragments of Denisovan DNA in modern humans. The team says it found strong indications that what we call the Denisovans might actually have been three distinct lineages of archaic human, spread from Siberia to Southeast Asia. They found the signatures of two separate Denisovan populations in the DNA from people in Indonesia and Papua New Guinea — and both differed from the Siberian Denisovans. One of those groups looked as different from Denisovans as from Neanderthals, which suggests it may have been a separate species.

“If we’re going to call Neanderthals and Denisovans by a unique name, which we do, then we should probably call this other group by another name,” says paper coauthor Murray Cox, of New Zealand’s Massey University.

[This story originally appeared in print as "Decoding the Denisovans."]