Understanding Memory Recall and Storage in the Brain

Researchers discovered new regions of the brain that work together for memory recall and storage. 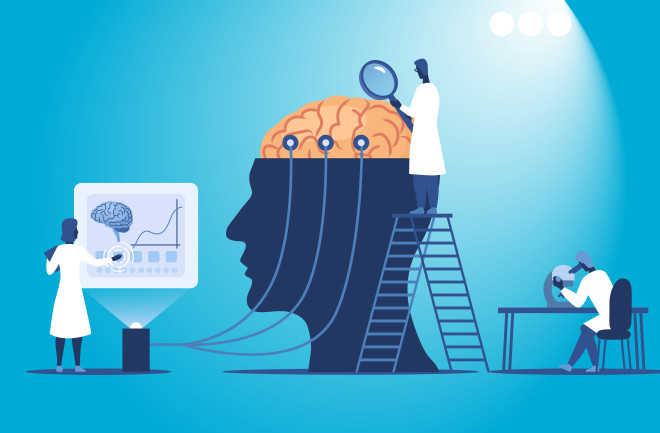 In the 1913 novel Swann’s Way by Marcel Proust, the narrator bit a madeleine cake dipped in tea and the flavor triggered a vivid memory. The madeleine became a symbol in the story for memory and nostalgia, and the term madeleine de Proust is still used to describe a smell, sound or taste that sparks a forgotten memory.

Scientists continue to learn how the brain stores and retrieves memories using brain mapping technology. And they have long suspected that several regions of the brain work together in memory making and recall.

It’s not just a few areas of the brain working together though, a research team at The Picower Institute for Learning and Memory at the Massachusetts Institute of Technology recently found. Rather, hundreds of regions are involved in the memory process. Most of these regions are understudied, and the team is calling on other scientists to broaden their research and head into uncharted territory.

Scientists use the term engram to describe the physical process the brain uses for holding a specific memory.

In the past, scientists identified memory engrams in the hippocampus, amygdala and cortex. But brain mapping technologies allowed scientists to distinguish more brain regions than previously recognized. In a 2017 article in Nature, a team of scientists used images from the Human Connectome Project to analyze the cerebral cortex of 210 healthy young adults. They defined 180 distinct areas per hemisphere, which was almost double what was previously known.

The study was ground breaking because past research relied on analysis of post-mortem brains or mice studies. Although mice have a similar brain structure to humans, they have a smaller frontal cortex and lack areas for understanding and creating speech.

When thinking about these newly identified brain regions, the Picower team wanted to understand how memory was distributed among these regions. For almost a century, scientists have theorized that memory was shared among many connected regions. But how? And which regions?

These questions puzzled the study’s lead author Dheeraj Roy, who began thinking of this in 2015 as a grad student, and the team who even had to Google the terms themselves.

The scientists began working with a group of genetically engineered mice whose neurons showed florescence during memory encoding. The florescence lingered after the neurons were active, which allowed researchers to see the busy parts of the brain.

The researchers separated the mice into three groups. The first group remained in the home cage, where they napped, played and snacked on pellets. This group served as a baseline for neuron activity. Researchers removed the second group from their home cage and placed them in a new cage, where they gave a small electric shock that was not harmful, but likely scary. These mice were the test group for neuron activity during memory encoding. A third group went from the home cage to the second cage and received a jolt. But researchers put them back into the home cage, and reintroduced them to the cage where they previously zapped the mice. This group served as the test group for neuron activity during memory recall.

Researchers preserved and examined the mice brains under a microscope to see which cells activated in encoding or recalling. Using a computer program to count the fluorescing cells, the scientists created a map of the brain regions involved in forming or recalling the memory of the electric shock.

The maps were compared to the baseline mice who were in their home cages. In analyzing the map, researchers saw structures of the brain they expected to be involved in the memory making process, such as the thalamic, cortical, midbrain and brainstem.

But they also saw more than 100 regions involved in the process of encoding and recalling memory, many of which were subcortical and not well-researched by scientists. Roy says memory research has only focused on four to five well-known areas of the brain and this study proves it’s time to go deeper.

The Picower researchers ranked the regions of the brain involved in the mice’s memory encoding and recall. The laterodorsal tegmental nucleus (LDTg) topped their lists. Yet, Roy says it is not a well-studied region of the brain.

“If you talk about hippocampus, you can find a paper being published every two hours. But for LDTg, the highest indexed structure in our table, if you Google it, it’s really quiet,” Roy says.

A graphic in the paper places colorful dots on parts of the brain used in engram encoding and recall. Roy says academic papers typically include a graphic with a few dots in select areas. His team intentionally included nine colored dots that ranged from the ventrolateral orbital area on one side to the LDTg on the other.

The dots, he says, are meant to send a message to other researchers to encourage exploring ignored or understudied parts of the brain.