Understanding Why Certain Memories Flood Back (And Others Don’t)

Researchers have recently discovered the benefit of forgotten memories, which can still be retrieved with the right cues. 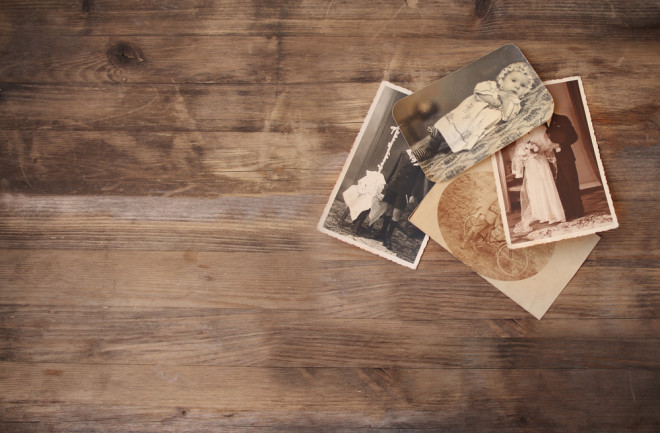 As a child in the early 1980s, I was enamored with My Little Pony, the colorful plastic horse figurines with long manes. I also had the brand’s Show Stable, which was parked in our TV room and filled with my beloved ponies. But as I progressed through grade school, I eventually packed up my stable and forgot about the toys I once loved.

By late 2003, I hadn’t thought about my ponies for over 15 years. Then, VH1 ran a 1980s nostalgia show in which celebrities reminisced about bygone pop culture. An actress held up a My Little Pony figurine (a Twinkle-Eyed variety) and made note: “This is enough to hypnotize any child. I mean, diamond sparkly eyes?”

I had that mesmerizing toy, I suddenly realized. The memories flooded back, and I wondered where they had been all those years.

Luckily for me, scientists are continuing to learn where our long-term memories go when they aren’t in use. For people who don’t experience memory loss or other neurological impairments, dormant ones aren’t necessarily forgotten. But they do require the right retrieval cue to be recalled.

The Basics of Memory Storage

Scientists have a classification system for different types of memories: two broad categories known as explicit and implicit memories. Within explicit memories are episodic memories, in which we remember events, along with semantic memories, which contain our general knowledge of the world. Meanwhile, implicit memories are the unconscious procedures we use in our daily life, such as remembering how to type on a keyboard or heat up lunch in the microwave.

The brain’s two hippocampi are responsible for processing short-term memories and transferring information to other parts of the brain for long-term storage. But scientists are still looking into how the hippocampus selects specific information for storage.

“Memories that are more significant emotionally or important for survival tend to stay with us. The ones that are not, tend to go away,” says Borna Bonakdarpour, a behavioral neurologist at Northwestern Medicine in Chicago.

The Twinkle-Eyed variety of My Little Pony was not important for my survival, but Bonakdarpour says it must have been emotionally significant and played with on a regular basis. That’s because repeated exposure matters.

“If you see an object and you have interaction with it multiple times, it tends to remain in the brain for longer,” he says. “If you see it one time, the memory might go away. The brain is very efficient."

In fact, scientists are learning that forgetting information isn’t the result of a functional failure, but actually serves to improve mental function: lost memories are part of a purposeful mechanism that’s possibly meant to help us process future events without getting too wrapped up in details. For example, remembering every single detail of a traumatic event, such as a dog attack, may render it more difficult to generalize and prepare for future harms.

As memories form, the hippocampi sort information based on the five senses and send it to the prefrontal areas for storage. “When new information comes into our brain to memorize, they are the librarians. They sort the information to the specific shelf,” says Kei M. Igarashi, an assistant professor of anatomy and neurobiology at the University of California, Irvine.

It’s even possible for a person’s own thoughts to trigger a memory. “Sometimes thoughts bring back concepts and experiences that are related to the past. It’s not an external stimulus, it’s internal. That’s how we troubleshoot as humans — you have a memory for how things worked.”

In some cases, we recall a memory when one of the five senses is stimulated. Igarashi says glimpsing the Twinkle-Eyed pony was the visual stimulus needed to spark the memory for the first time in over a decade. “It went from the visual cortex, to the hippocampus, and the hippocampus said, ‘Hey, we had that information,’ and retrieved it,” he says.

Igarashi’s research focuses on memories associated with smell, and he says researchers believe there is an evolutionary component to remembering danger associated with scents. “The smell of smoke is the most triggering,” Igarashi says. “It’s very sensitive to us. We know if there is a fire we need to avoid. We won’t want to test it.”

We can also experience positive associations with certain smells, Igarashi says, since dopamine assists in memory formation. His research has identified how fan cells, which are found in the lateral entorhinal cortex of the medial temporal lobe and controlled by dopamine, are responsible for receiving new associative memories.

The dopamine discovery emerged from experiments in which Igarashi’s team used electrophysiological recordings and optogenetics to determine the mouse’s fan cell activity as it learned to associate rewards with specific odors.

Memory association research also helps explain why we relate the fragrance of chlorine with a summer swim or whiffs of pine needles with Christmas. More specifically, it may play a role in neurodegenerative conditions: Igarashi’s team is studying associated memories for the purpose of understanding more about Alzheimer’s disease. His team has found that Alzheimer’s patients lose their spatial awareness — and a sense of where they are — due to a disruption within the hippocampus caused by impairment to the entorhinal cortex. He hopes to learn how scientists can stop this progression before it causes significant damage.

As scientists conduct memory research in hopes of alleviating Alzheimer’s symptoms, they have also learned more about memory recall from patients. Bonakdarpour says people with Alzheimer’s and dementia lose their short-term memory and eventually forget their age. “At some point, they start living in their teenage years and they enjoy things from their teenage years,” he says.

Sound, researchers have learned, is the last of the five senses lost by a person with memory impairment. Playing music from a patient’s younger years can be pleasurable, but Bonakdarpour says clinicians have to be mindful if the music has a negative association. A patient, for example, who survived the Holocaust in Europe could be triggered into traumatic memories by hearing a piece that resembles a German marching song.

The clinic therefore relies on questionnaires to learn more about the patient’s past and preferences so they can play music that recalls positive memories.

“That’s what we did last year during the lockdown,” he says. “Our patients were stuck in the hospital and they couldn’t see visitors. We played music for them that we knew they liked. We found it to be calming. They loved it.”

More From Discover
Mind
The Long-Term Psychological Impact of School Shootings
Mind
The Controversial Condition of Sensory Processing Disorder
Planet Earth
Do Cats Have Dreams?
Mind
Your Navigation Skills Depend on Where You Grew Up
Mind
Research Reveals Surprising Conversations Between Our Brain Cells
Mind
Understanding the Basis of Superior Memory
Recommendations From Our Store
My Science ShopDiscover STEM Kits
My Science ShopDiscover 2022 Calendar
My Science ShopStrange Science
My Science ShopElements Flashcards
Shop Now
Stay Curious
Join
Our List