Revenge Bedtime Procrastination Is a Thing. Why Are We Doing it?

Jammed schedules have propelled busy workers to stay up and reclaim their free time, a habit that is particularly tempting during the pandemic. 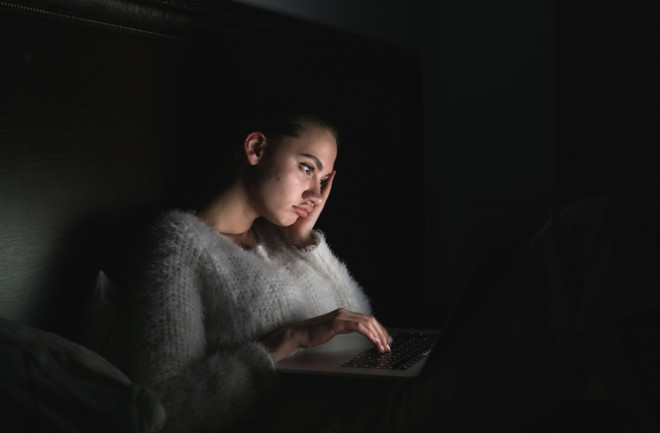 After the pandemic began and classes shifted online, I suddenly realized that I started going to sleep later and nighttime subconsciously became my “me time.” After a certain hour, I now pick up snacks and a book I’m engrossed in and lock my door to settle in front of Netflix and stream at my own leisure.

In between watching Grey’s Anatomy episodes, I’ll scroll endlessly through TikTok and read a bit of my fanfiction — I may even break out into a random dance party. By the time I finish, it’s 4 a.m. and school starts in four hours. Even then, I choose to continue reading because I want to prolong the moment for as long as possible before having to fall asleep.

One could call this “winding down” from the day’s stress. But when you extend your relaxation session from 30 minutes to three hours because your routine would otherwise feel incomplete, it becomes something more. Ironically, it was on TikTok (the app that helps us procrastinate like no other) where I discovered this habit had a name, and that thousands of people seemed to relate: Revenge Bedtime Procrastination describes a phenomenon where people put off sleep because they lack control over their daily lives and want to reclaim some semblance of free time.

With our current anxiety-inducing reality, it doesn’t shock me that so many indulge in this habit. But it’s far from a new behavior.

The Origins of Revenge Bedtime Procrastination

This past June, journalist Daphne K. Lee tweeted the Chinese expression: 報復性熬夜, or “revenge bedtime procrastination,” which Google also translates to “retaliatory staying up late.” The phrase spread rapidly on Twitter because it struck a chord with busy users, including employees subject to China’s notorious 996 shift (9 a.m. to 9 p.m., six days a week) increasingly adopted by employers over the last decade.

When the pandemic arrived and many of us brought our work home, people around the world began spending more time on the clock. Last spring, remote-working Americans saw their workdays expand by an average of three hours. With bloated home office schedules, it’s now likely that more people have felt tempted to stall their bedtimes.

When it comes to the question of who is likely to perform bedtime procrastination, certain traits encourage people to engage in this behavior, like general procrastination and low self-control, says Sarah Heilbronner, a neuroscientist at the University of Minnesota Medical School. “But there are also other, external factors that surely are playing a huge role right now,” she says. “Anxiety is an interesting player here.”

What Nighttime Dawdling Does To Your Body

Psychologically, this behavior may seem like a reward for a long work routine, but an unrested mind is less functional and more prone to health issues, says Sam Nabil, psychotherapist and creator of the Positive Existential Therapy (PET).

By partaking in this phenomenon, you might experience sleep deprivation and its negative physical and mental effects, like an increased risk of diabetes and impaired cognitive functioning.

Like any habit, nighttime procrastination occupies different brain circuits than other kinds of decisions, Heilbronner says. Researchers have looked at the striatum, a structure buried inside the middle of the brain, to better understand our habits. One section of the striatum seems to promote deliberate decision-making, and another more passive decision-making. Brain activity eventually moves from the former portion to the latter, turning deliberate choices into habits.

Once that habit portion of the brain takes over, it’s hard to go back, Heilbronner says. “Even once certain actions stop being rewarded, we will keep performing them, if they are habits,” she says. “That's good for a lot of things, like making coffee in the morning or even walking to work, but bad for others, like habits you really want to change.”

That’s why purposeful decisions, if repeated, can change from deliberate actions to habits — ones that are difficult to break. If you’re used to taking your phone or laptop to bed, it may be tough to stop, Heilbronner says. If you try cutting it out and have trouble at first, keep going: You're trying to train your brain out of a tricky habit.