Numbers Need Language to Make Sense in Our Minds 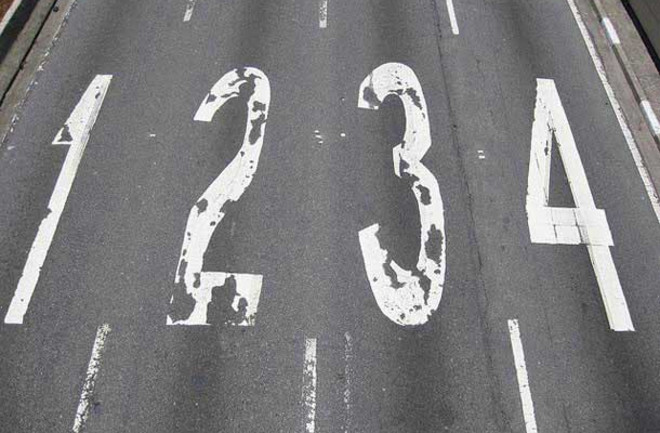 How we talk about numbers plays a big role in how we think about numbers—that much is clear. But this week, new research makes the case that language is not a key part of thinking about numbers, but the key part, overriding other influences like cultural ones. The study in the Proceedings of the National Academy of Sciences by psychologist Elizabet Spaepen focuses on a group of deaf Nicaraguans called the homesigners, who invented their own form of sign language—a form that lacks a numerical vocabulary.

That's a common trait in many hunter-gatherer societies, where the numbering system is often one-two-three-many. For example, the Munduruku Amazonian people in rural Brazil don't have any words for exact numbers larger than five. Their neighbors, the Piraha, no exact number words at all. [USA Today]

There are two things that make the homesigners extremely scientifically interesting. One is the fact that they spontaneously invented this language when brought together at a home for the deaf in the 1970s. And the other—the one that's important for this study—is that they're not an isolated tribe in which nobody uses numbers. They live within Nicaragua, surrounding by a Spanish-speaking society that's as number-dependent as any other country. Thus, Spaepen's team reasoned, if the homesigners struggle to conceptualize larger numbers, the reason would have to be linguistic and not cultural. That's exactly what they saw.

First, the researchers showed the homesigners ten short animated stories where numbers were central to the plot. For example, one story opened with 8 frogs on lily pads. Four jumped away all at once, and two came back one at a time. When asked to recount the vignettes to a friend who knew their hand signals, the homesigners used their fingers to indicate the number of frogs. But when the numbers got higher than three or four, the signers’ accuracy suffered. [Wired]

The homesigners might hold out nine fingers when there were 10 animals in a story—not a bad estimation, but a sign that they weren't thinking of 10 as an abstract number. In a similar test, where the homesigners were asked to use tokens to match the numbers of objects in a set, their answers were often close but not exact. Other interesting results: If shown a stack of poker chips and asked to create one with the same number of chips, the homesigners could do it as long as they could look at the original stack for a visual reference to match. But if the researchers showed a stack of chips and then covered it up, the homesigners couldn't do it—they have no words to count to 20 and then put 20 more chips together.

Spaepen's experiments did not reveal which component of language is crucial to developing an accurate number sense. However, she suspects that it is the "count list" – the familiar sequence of numbers that every speaking child learns early on. Children learn this count list well before they actually understand that "four" refers to four objects rather than three or six, says Michael Frank at Stanford University in California. [New Scientist]

80beats: Humans May Be Born With the Ability to Do Math

80beats: We Told You Chicks Are Good at Math: They Count, Add, and Subtract