Itching Is Its Own Sensation, Not Just Pain's Little Cousin 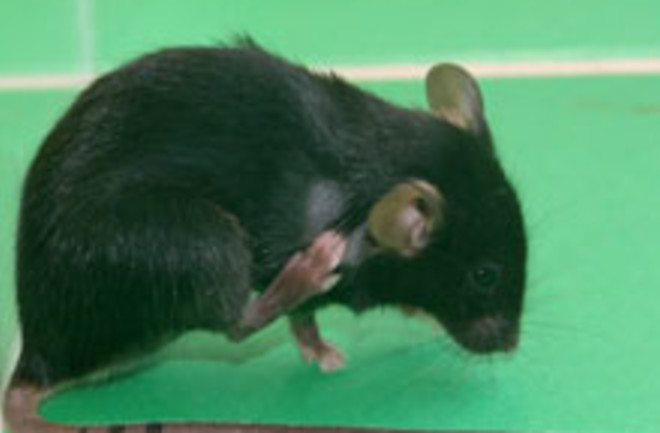 Scientists seem to have finally put to rest a longstanding debate over itchiness: Is the urge to itch a sensation that is simply another interpretation of pain, or a separate feeling altogether? It turns out the two stem from different cells and neural pathways, according to a new study in Science. To find out whether pain and itchiness are separate sensations, scientists injected mice with a neurotoxin. This toxin homed in on and killed cells that contained active versions of GRPR, a gene that is involved in the sensation of itchiness. (The same research group discovered this itch gene in 2007.)

Afterward, the mice could no longer respond to any itchy stimuli. They didn't flinch. They made no effort to scratch. But they did respond to pain just like other mice do [TIME], showing that the gene needed to be active to transmit itchiness, but not pain. It's just one study, but it provides strong evidence that itchiness and pain are processed by separate neural pathways.

There are two general causes of itchiness.

One, caused by bug bites or allergic reactions, is linked to the presence of the chemical histamine. But most chronic, severe itching is not linked to the chemical - and does not respond to standard anti-histamine treatment [BBC]. This second source of itchiness can be particularly irritating; because its cause can be mysterious, it's therefore often difficult to remedy.

The results of the study could help scientists develop ways to combat persistent itchiness by aiming specifically for the pathways involved in the urge to itch.

The findings held for all types of itch-causing substances, including those that release histamine (think bug bites and allergic reactions that can be treated with Benadryl) and other agents responsible for chronic, severe itching not eased by antihistamines [LiveScience]

. Still, some experts caution that although the findings are important, other research suggests that the pathway studied is not the only one that causes people to itch. Lead author Zhou-Feng Chen

said he has many more questions, such as how the GRPR neuron passes information to the brain and what other itch-specific genes the neuron contains [LiveScience].