Insomnia seems to be reaching historic highs a year into the pandemic. Science suggests that some people may be more susceptible than others. 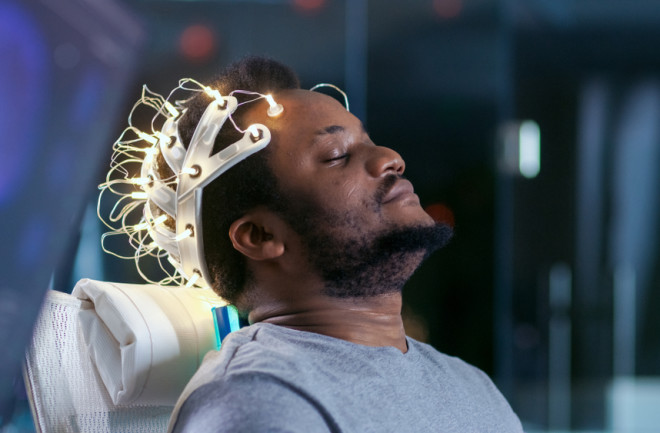 Anxiety and loss of routine are two of the biggest drivers behind insomnia. So, it stands to reason that the pandemic has sparked a seemingly historic increase in restless nights worldwide.

At this point, you may be tossing and turning after dark with concerns about getting sick, paying bills, finding childcare or grieving the loss of a loved one due to COVID-19 — perhaps all of the above. Meanwhile, working from home, home schooling or generally hanging out in your pajamas all day means that your routine is more flexible. This all disrupts our circadian rhythms, making it difficult to fall asleep at night.

Dubbed “COVID-somnia,” research around the world paints a picture of populations struggling to sleep under the weight of this global event. One study published in the journal Sleep Medicine documented a 37 percent increase in insomnia in China. Others have shown similar results in Italy and Greece. Although it hasn’t been as well documented in the U.S., according to experts, chronic insomnia is becoming epidemic. If left untreated, its impact could be long-term, especially considering that insomnia is about more than just lack of sleep. It may stem from deep-seated neurological distinctions. Research has shown that the brains of those with insomnia are in fact different from the brains of heavy sleepers.

Specifically, the brains of insomniacs show increases in “cortical excitability” compared to sleepers, according to Rachel Salas, a specialist in sleep disorders and professor of neurology at Johns Hopkins University.

“In insomniacs the neurotransmitters responsible for helping the body wind down at night remain excited,” Salas says. When it’s time for sleep, the outer layer of the cerebrum is still actively responding to stimuli. Basically, she says, “There’s still too much processing going on in the brain.”

Another small study found that those with restless leg syndrome — a condition that causes an urge to move the legs often at night and can also cause insomnia — also experienced an increase in cortical excitability. With restless leg syndrome, the “hyperarousal” occurred in the motor cortex, a part of the brain charged with regulating leg movements.

In chronic insomniacs, it’s not clear whether the brain was already changing and the pandemic served to kickstart the inevitable, or whether those with certain brain characteristics were predestined to have trouble sleeping.

“A life event, like losing one’s job or losing a loved one, can act as a trigger to ignite insomnia,” says Salas. And those who experience sleep loss are more likely to develop chronic insomnia, characterized by difficulty getting to sleep or staying asleep three nights weekly for at least three months straight.

In addition to having slightly different brains than heavy sleepers, insomniacs have also been shown to have different personalities.

Research published in Health Psychology followed 22,000 people between the ages of 30 and 107 in both the U.S. and Japan. Participants filled out personality questionnaires that assessed their openness, conscientiousness, extraversion, agreeableness and neuroticism. The study found that those who were considered extroverts were, naturally, more social, plus they experienced more positive emotions and were less likely to have trouble sleeping. Those who were considered more neurotic (typically defined as feeling distress and experiencing negative emotions like loneliness, anxiety, fear and depression) tended to have more trouble sleeping.

The study also showed that those who are more conscientious, dependable, goal-driven and motivated were more likely to be better sleepers. This may be because they’re prone to have a healthier lifestyle, including things like exercise, a good diet and less substance abuse.

Our ability to unwind at night seems to have a lot to do with our brains. But we can change the way we think to make our minds more amenable to high-quality sleep. Even chronic insomnia is treatable, especially if you seek the right help, according to Shelby Harris, a sleep behavioral psychologist and author of The Women's Guide to Overcoming Insomnia. She says that certain conditioned behaviors can cause insomnia. Retraining the brain to avoid these behaviors reverses the condition.

“We do activities to conserve our batteries once insomnia sets in and they may actually make the problem worse,” she says. For example, skipping exercise, sleeping in, taking sleep aids and going to bed before we’re tired in an effort to hoard energy. Once the problem gets worse, we may take sleep aids, drink alcohol at night or spend time throughout the day worrying about getting to sleep at night. The preventative measures we take can often maintain it, she says.

Using cognitive behavioral therapy for insomnia targets the behaviors that are keeping us up at night. For example, going to bed earlier may seem like a good idea. But if you get in bed before you’re tired, you’re more likely to spend time worrying in bed because you’re not sufficiently sleepy. If you don’t feel sleepy, get back out of bed and do a relaxing activity that doesn’t involve a screen, such as reading a book, meditating or journaling. Then get back in bed once drowsiness sets in.

Additionally, many parents are stretched for time due to a lack of childcare, so we may spend too much time running around trying to get things done right before bed in an effort to make the next day less stressful. But this is another behavior that keeps the brain from winding down at night.

In the end, it’s not the stressors we face that are the problem. It’s our reaction to them. COVID-19 isn’t going to change in the near future, but we can make changes to our behaviors. Unlike the lamp on our bedside table, says Harris, “we don’t have an on-off switch.” We need to wind down like a dimmer so that our light gently fades until we fall asleep.