Humans Evolved To Be Lonely

Feelings of loneliness remind us when it’s time to reconnect with those around us, say researchers. Long ago, it was likely a matter of life or death. 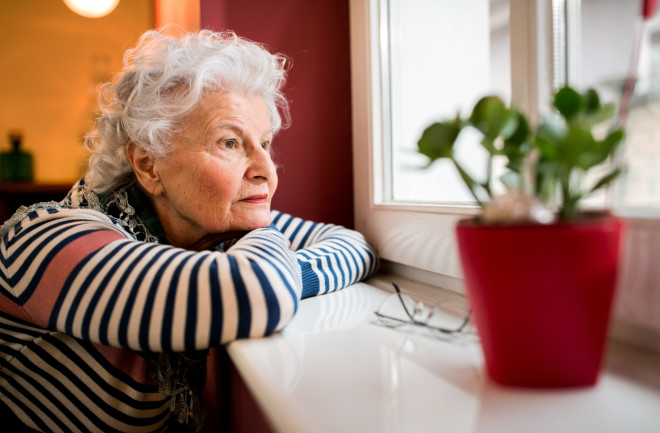 A heavy feeling on the chest. A throat that’s leaden, as if to physically push down emotions as they bubble up. An unrelenting and overwhelming feeling of isolation. Loneliness hurts — and over time, it can put the body into a vicious inflammatory state that increases our risk of everything from heart attack and stroke to diabetes and cancer. So, evolutionarily speaking, why do we experience it?

Stephanie Cacioppo, an assistant professor of psychiatry and behavioral neuroscience at the University of Chicago Pritzker School of Medicine, says that countless studies have helped researchers formulate a holistic purpose for loneliness. “Our social structures evolved hand in hand with neural, hormonal and genetic mechanisms to support these social structures [couples, tribes and communities] that help us survive and reproduce,” says Cacioppo.

Because while loneliness may be painful to experience today, for our prehistoric ancestors it would’ve been a far better alternative to being caught alone with a saber-toothed predator on the prowl.

Though being social had its downsides even back then — competition for food, for example, or contribution to the spread of pathogens — we evolved to feel loneliness because it was more important to work with one another to accomplish tasks and protect everyone. “The pain of loneliness prompted us to renew the social structure so we could survive and promote key features like trust, cooperation and collective action,” explains Cacioppo.

She says that, for years, researchers thought of loneliness as a “disease with no redeeming features.” But now, they’re realizing that it’s more of a biological hunger signal that reminds us when it’s time to reconnect with those around us to promote our short-term survival. If the outcomes of loneliness were entirely negative, it would no longer be a part of our DNA. “Hunger and thirst protect our physical body while loneliness protects our social body,” says Cacioppo.

Interestingly, while loneliness sends a signal to the brain that it’s time for connection, at the same time it’s also looking for danger. This “paradoxical signal,” according to Cacioppo, reminds us to be wary of whether the people we are connecting with are foes or friends. She calls this need to be vigilant even as we’re socializing a “self-protection mechanism.” That means in situations where you feel lonely even when surrounded by others, you’re subconsciously thinking that this crowd might not be a good evolutionary fit for your survival.

Loneliness triggers the body’s fight-or-flight response when we’re by ourselves and in self-preservation mode. Picture it: An early human decides to hunt or gather alone one day, when all of a sudden loneliness sets in. They’re anxious, scared and hyper-vigilant — traits that could come in handy if they encounter a giant sloth, a dire wolf or a beaver the size of a Bullmastiff.

That said, loneliness impacts us all differently. While it is universal and we’re all vulnerable to it, says Cacioppo, some of us may find certain situations lonely though others don’t.

“Our brain is our main social organ for cultivating and maintaining relationships and because of that, the feature of loneliness is subjective,” explains Cacioppo. “The removal of social structures can make us feel differently from person to person.” She adds that there’s also a genetic component: Some of us are born to feel lonelier than others.

According to Nathan Spreng, director of the Laboratory of Brain and Cognition at the Montreal Neurological Institute, the way we were treated as children — including how much attention we were given — can also play a role in how lonely we feel as adults. Reading loneliness signals helps us stave off the long-term damage that it can do to our mental and physical health.

Spreng says that over time, loneliness is a self-fulfilling prophesy. Lonely people spend most of their time deep within their own imaginations; they may conceptualize social encounters so much, in fact, that this part of their brain is in overdrive. That means when they’re around other people, they’re actually less likely to be present. “People who are really lonely may be desperate to form connections, but they aren’t as present when they’re with people so they might miss the social cues necessary to form deeper connections,” he says.

Read More: If Humans Are Social Creatures, Why Did Social Anxiety Evolve?

It's clear that loneliness has a nasty impact on our mental health, but there is a bright side. It’s an annoying biological signal that reminds us our primal selves and our modern selves are in need of a friend, and that our social body needs to tend to these relationships. The feeling is a lot like that light on your car dashboard that warns when it’s time for a trip to the gas station or a mechanic — and like that light, it only works if you listen to it.