How Does the Brain Use So Much Energy? Not in Electrical Signals. 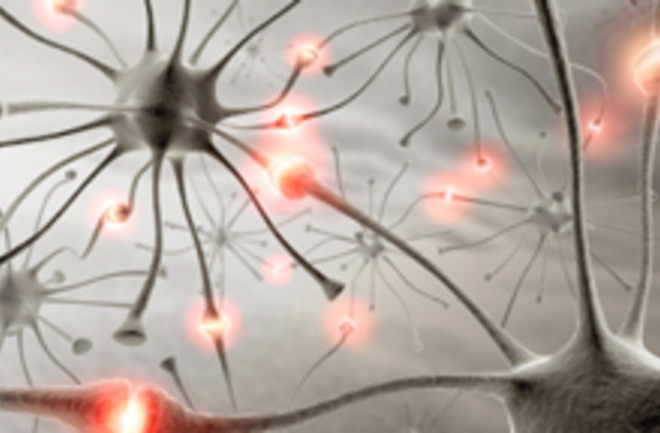 Experiments conducted on squid brains in the early days of neuroscience created misunderstandings about the workings of the human brain that have persisted for 70 years, according to a new study. While the squid experiments did shed light on how messages are transmitted between brain cells with electrochemical signals (and led to a Nobel Prize for the experimenters), researchers are just now realizing that the results gave scientists a confused idea about the efficiency of neurons. The story begins seventy years ago when

a pair of British physiologists, Alan Hodgkin and Andrew Huxley, took the first stab at figuring out how neurons transmit electrical signals, known as action potentials. Because most neurons are small--in humans, a cubic millimeter of gray matter can contain 40,000 neurons--the duo turned to squid, which contain a giant axon, the long thin part of a neuron through which action potentials travel [ScienceNOW Daily News].

Those early experiments found that transmitting the action potential along the axon was a very inefficient process that used a great deal of energy, and neuroscientists ever since have assumed that mammal brains had the same inefficient wiring. Researcher Henrik Alle, lead author of the new study published in Science, decided to reexamine the old assumptions.

"I saw this old work," says Alle. "I thought I cannot believe personally that nature would waste such energy." Alle figured that nature would have made the process more efficient in mammals, whose brains send a huge number of messages [NPR News].

Alle and his colleagues studied rat brains using sophisticated techniques that weren't available to Hodgkin and Huxley, and found that rat neurons use only about a third as much energy to transmit the action potential. The researchers

say we can assume that the results from rats can be applied to human brain cells. "Electrical signals found in mammalian brain cell types are very similar" [New Scientist]

, says Alle. The difference between the cephalopod and the mammals can be explained by the movements of the positively and negatively charged ions that flow in and out of the neuron, changing its voltage and beginning the electric pulse of the action potential that moves down the axon. Hodgkin and Huxley were the first to suggest that

the squid cells were inefficient because sodium ions entering the cells neutralised the effect of potassium ions leaving. This hampered the creation of a net voltage across the cell membrane. "It's like having the accelerator and the brake on at the same time," says Arnd Roth [New Scientist]

, a study coauthor. In rat cells, however, the process is better coordinated so that almost all the sodium ions enter before potassium ions rush out. The results don't change the scientific thesis that although the brain accounts for only 2 percent of our body weight, it consumed 20 percent of our energy--it just means that the energy is being used by the neurons in other ways than to generate action potentials. Researchers suspect that the bulk of energy that goes to the brain is used for keeping the brain cells alive and used in synapses, where signals are transmitted from one neuron to the next. Related Content: 80beats: Jet Lagged? Blame Your Desynchronized Brain Cells 80beats: Sleep May Prepare You for Tomorrow by Dissolving Today’s Neural Connections 80beats: Scientists Identify Two Routes to Nerve Cell RegenerationImage: iStockphoto