Reverse psychology is not an exact science, but communication experts try to find the right balance between positive and negative aspects of behavioral change. 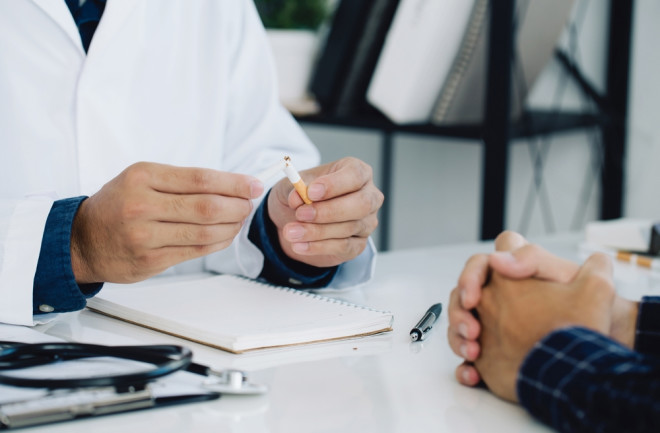 The longest running off-Broadway musical, The Fantasticks, tells of two neighbors who want their young adult children to fall in love with one another. Using reverse psychology, the fathers build a wall between their houses and forbid their son and daughter to meet. Spoiler alert: The tactic works and the couple falls in love.

Making someone want something they can’t have is a form of reverse psychology. Reverse psychology is regularly used to spark reactance. It’s a psychological phenomenon in which people perceive an individual freedom is threatened and then take action to preserve or protect that freedom.

Communication scholars and health officials consider reactance when crafting public health campaigns. The right message can prompt a person to quit smoking, wear a helmet or go for an annual mammogram. But it’s not an exact science and a wrongly worded message can make people double down on the behavior officials seek to change. Problematically, campaign creators don’t know if their efforts worked until long after the message was received.

In 1966, psychologist Jack Brehm suggested the theory of reactance. He identified that if you avoid threatening a change to a behavior, a person won’t feel the need to protect that behavior.

Health communication scholars have taken this concept and applied it to behaviors they want to see people quit, such as smoking. They’ve also used it for behaviors they want people to adopt, such as getting an annual mammogram. The public health campaigns are meant to encourage a change without making people feel so threatened they cling to the behavior in question.

Social scientists have found that the way a message is worded can make all the difference. Some messages are intentionally designed to communicate the positive aspects of making a change to avoid reactance. An anti-smoking campaign, for example, can emphasize what the person will gain if they kick the habit: Positive changes include saving money or not shivering outside during a smoke break. Thus, the campaign focuses not on the loss of giving up cigarettes, but on the gains that come after quitting.

Studies have also found that communicating negative aspects can work in some situations, particularly when it comes to preventative health screenings. The fear tactic works because experts aren’t asking a person to give up a behavior or make a permanent change. They are asking for a person to take a preventative measure to protect themselves from a future threat.

But message framing has limits. Studies have found it matters who delivers the message, and whether the freedom in question has the power to hurt others or just the individual. In some situations, a person can go along with the message, but only in the short term.

Studying Reverse Psychology During the Pandemic

During the COVID-19 pandemic, some people believed that wearing a mask to school, work or the store was an infringement on their personal freedom. These people experienced reactance when they felt threatened by mask mandates and tried to restore that freedom.

A 2020 study in Health Communication examined the “Mask Up or Pack Up” campaign at Penn State University to see if the campaign sparked reactance. The campaign promoted the idea that wearing masks, socially distancing and participating in contract tracing could help keep infection rates low. The messages emphasized that if people didn’t mask up and infection rates rose, then the school would have to pack up and return to virtual learning.

The campaign intended to frame the virus as a threat to students’ freedom, and mask wearing as something that could mitigate the threat. The campaign was communicated through posters on campus and online videos. Students also learned they would receive warnings or sanctions if they didn’t adhere to the pandemic policies.

The researchers surveyed 681 students who lived on or near campus during an eight-week period in autumn 2020. In addition to collecting demographic data, the researchers asked questions about how often the students didn’t wear a mask or saw others not wearing a mask.

Of the respondents, 60 percent described the campaign as trying to pressure or control them. They reported both feelings of anger, as well as instances of reduced masking. The authors determined the campaign was reactance-inducing and didn’t spark the behavior change the creators intended. Students didn’t mask up, so the school packed up. Classes went virtual after Thanksgiving and in-person classes for spring semester 2021 began remotely.