Scientists are trying to wrap their heads around the content of your dreams, from the wild to the mundane. 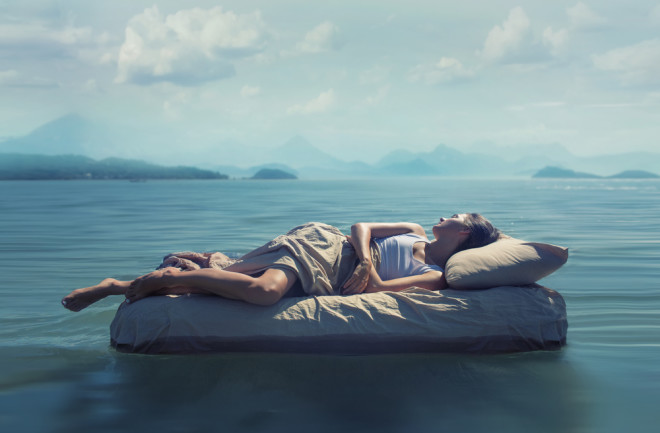 Wake up in a cold sweat again? Your funky dreams — before or during the pandemic — might seem like surreal, foreign spaces within your own head. But the scenes you see and feel are reflections of your own life and what you’re going through when you’re awake.

“Dreams are written by you and for you, about your life,” says Teresa DeCicco, the head of the Sleep and Dream Lab at Trent University in Canada. She and other researchers around the world are working out the reasons why we dream, as well as ways to help improve people’s quality of life based on what their deep-sleep endeavors look like. Or as DeCicco puts it, “there’s some good, good research going on, talking about what the heck we’re doing tonight.”

Much of what you’ve probably heard about how dream analysis works — like cracking open a book to look up the meaning of the things you see in dreams — isn’t based in science. These “dream dictionaries” are inaccurate, DeCicco says, in part because they don’t account for the unique meaning each figment, character or action has to every person in their waking lives. For example, flying like a bird is a common dream event around the world, but what that means to a pilot or someone who has never flown a plane could be entirely different, DeCicco says.

The idea that what we experience is reflected in dreams, and is therefore unique to each of us, dates back to some of the earliest days of psychoanalysis. In the past several decades, that theory started to receive thorough scientific treatment, with researchers studying the dreams of large groups of people dealing with particular life events. For example, roughly half of those experiencing PTSD deal with nightmares, and in combat veterans, nightmares are associated with more severe cases of the condition. In people struggling with depression, the condition is linked to dreams with more negative content; however, researchers have found that some antidepressants can trigger happier nighttime scenarios.

In her own work, DeCicco and her colleagues have traced what an individual’s dreams might indicate about their current health status and future behaviors. Assessments of dream journals provided by individuals in addiction rehabilitation treatments showed that some people were still dreaming about the needles, bottles or prescriptions that led them to seek treatment. DeCicco and her team found that those still experiencing dreams related to their addictions were more likely to relapse post-rehab. That isn’t to say relapse is a guaranteed outcome — many people who have stayed sober for years continue to have similar dreams for a variety of reasons. But continually dreaming about drugs or alcohol while in treatment might justify someone receiving a little extra attention or care, DeCicco says.

If dreams can indicate how someone is doing in their day-to-day life, then it makes sense that strange night time visions increasingly cropped up for people once the COVID-19 pandemic began. By chance, DeCicco and her lab were collecting the dreams of some college students right around when Canada was starting to experience COVID-19. When comparing their dream diaries to those from people of the same age and gender pre-pandemic, DeCicco and her team saw that the number of scene changes — or individual dream vignettes per night — was higher in the descriptions of the COVID-19 group.

Frequently changing dream scenarios during a single sleep is associated with anxiety and daytime catastrophizing, or assuming the worst will happen. “When people are anxious, they have a hard time keeping a train of thought or concentrating,” DeCicco says. This plays out at night, too. “Even though we were not yet in lockdown, people were getting very anxious that something was happening in the world and they were clearly showing anxiety in their dream patterns.” With many countries re-entering lockdown, DeCicco and her colleagues in Mexico and Italy have started new dream analysis research to see how the “second wave” of the pandemic — where people are now familiar with the routine of restrictions and lockdowns — is impacting dreamers.

Ultimately, you don't have to participate in a university study to get a better sense of what your dreams might indicate. It's information you can bring to a therapist to get their take, and it's information to do as much with as you'd like, DeCicco says. After all, dreams can't actually determine your future and don't portray inevitable conclusions. But if what you see at night is lingering on your mind, it's worth paying attention to, DeCicco says. "Your dreams are a very important part of who you are."