Why the Internet Always Says Your Headache Is Cancer

Are you a cyberchondriac? You're not alone. Worst-case scenarios for minor symptoms are easy to find — and fall for. 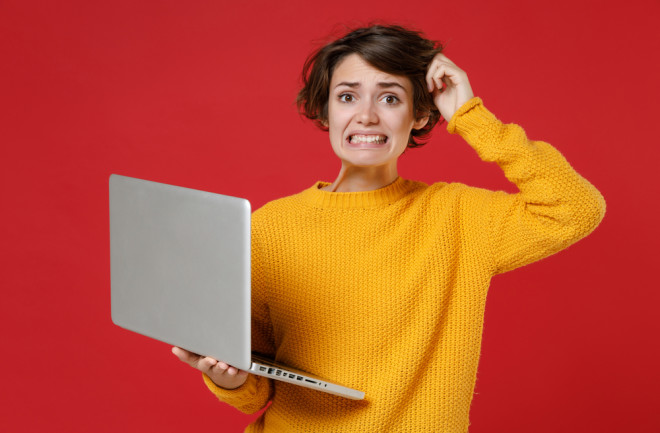 Almost as long as the internet has been around, people have worried about what the boundless and often ill-informed webpages might mean for users’ health anxieties. It’s a running joke on social media: googling a headache will lead you to conclude that you have brain cancer.

It might be the fault of the internet — and how it often does a bad job of explaining the risk of different worst-case-scenario health problems — that an achy joint has you contemplating the status of your will. But your natural inclinations might play a role too. And for some people, a tendency towards anxiety plus the world wide web can be a problematic combination.

A World Wide Web of Garbage

Odds are you already know it, but it bears repeating: The internet is full of bad health information. In particular, many websites fail to convey risk. Sure, a list of the possible reasons behind someone’s symptoms might appear. But how likely someone is to have the most serious potential condition might not come across — leaving people to make mental leaps about what conditions might apply to them.

In 2009, two Microsoft researchers dove into the search results for a range of minor symptoms. Amongst the top 10 search results for “headache,” there was a 26 percent chance of “brain tumor” appearing on the page. However, only about 1 in 10,000 people are diagnosed with a brain tumor every year in the U.S. If someone were to evaluate the cause of their headache based on how often different reasons appeared in their search results, their sense of how likely they were to have a tumor would be drastically distorted from what actual statistics say about the probability.

Earnest attempts to discuss risk sometimes fail, too. Graphs can distort probabilities, depending on how they’re made. People can struggle with numbers, making percentages or likelihoods challenging to discuss, says William Klein, the associate director of the National Cancer Institute's Behavioral Research Program. “Telling people that they have a 10 percent risk of something is not very effective, because they won't necessarily know what the 10 percent means,” Klein says.

For example, cancer researchers themselves design free, online calculators that let people plug in personal information and see individual illness risks. But as a team of public health and medical experts recently pointed out in a paper, such tools, though meant for the general public, sometimes use statistical terms and other terminology most people don’t understand.

In addition, these calculators seldom include explanations around the personal information collected in calculating risk assessments, which could help people interpret results. One study found that women using evidence-based tools for assessing breast cancer risk didn’t trust the results because they felt the assessment didn't account for their full family history. For example, some participants felt the questions didn't accommodate the range of cancers in their family, even though the survey did ask about close relatives developing breast cancer — a detail that does raise personal risk for developing the same disease, according to the CDC.

Even if the context around online health information does a great job of explaining risk, symptoms can suck people into a classic psychological pitfall. Called the Barnum Effect, the phenomenon kicks in when people see a description and think it applies to them specifically, even though the attributes are general enough to apply to everyone. Symptoms for schizophrenia, for example, might include daydreaming or feeling like you “don’t have a grip,” Klein says — “I mean, that happens to all of us, right?” The tendency to see ourselves in a description makes testing side effects for new medications difficult too, he adds. Once people hear they might feel something, they are likely to agree that they do.

“Using the internet can be a helpful resource, but for some people, utilization becomes a vicious cycle,” wrote Brad Schmidt, a psychologist at Florida State University, over email. Surveys suggest that roughly 20 percent of patients receiving health care experience significant, abnormal health anxiety and excessively worry about being or becoming ill.

Research shows online symptom googling, called "cyberchondira," is related to this health anxiety. How health anxiety and internet use shape one another is still not entirely clear; Schmidt and his lab are among the many psychologists trying to figure that out.

Some researchers think that googling symptoms can, at the outset, be about reassurance: People want to settle anxieties about what they’re feeling, and maybe eliminate the possibility that they’re seriously ill. If that is the original intent, it’s not always the actual outcome. Depending on what people find, their anxieties might intensify — potentially pushing internet users to keep searching as a way to self-soothe, and reinforcing their stress. “You look for symptoms and you will find them, this will increase your anxiety, and you’ll keep looking,” Schmidt says.

Particular experiences or personality traits also play a role in what people google and how they react to it. Those already likely to deal with anxiety might be more prone to amplifying those feelings on the web, Schmidt says. Individuals who know someone who suffered or died from a serious condition are inclined to become anxious while searching for health information — something Klein and his colleagues addressed in a recent letter, where they pointed out that a friend or family member’s experiences with cancer can color someone’s perception of personal risk.

If you’re struggling to parse the information the web has to offer, focus on information provided by the National Institutes of Health and other institutions that don't have a financial interest in how you perceive health risks, Klein says, and don’t forget there are real-life doctors to talk to as well. They should be able to help you parse your concerns and risks. And if symptom googling is getting excessive, that might mean someone’s concern about well-being is becoming problematic. In these cases, it’s time to talk to a mental health professional too, Schmidt says.