Why Does This Fit 30-Year-Old Keep Getting Pancreatitis?

A fit 30-year-old’s pancreas keeps flaring up, and no one can figure out why. 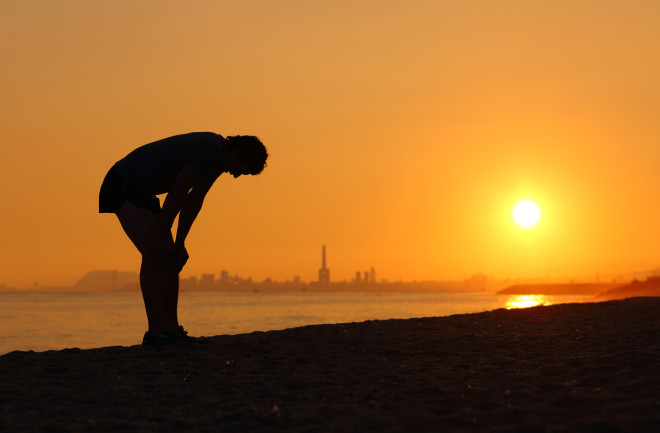 Alex, a 30-year-old attorney and self-described fitness nut, was deeply frustrated. He had come to me for an evaluation after his third episode of acute pancreatitis. Each of the episodes had been intensely painful and landed him in the hospital for several days, where he hadn’t been allowed to eat anything and had received copious painkillers. Internists hadn’t found anything so far, so I had been asked by his referring doctors to look deeper to find a cause.

While most people think their stomach digests their food, in reality, the pancreas does most of this work. This organ sits behind the stomach and just in front of the spine, and is connected to the small intestine via several fine ducts. In addition to sodium bicarbonate (which the body uses to neutralize stomach acid), the pancreas makes digestive enzymes that break down carbohydrates, fats and proteins into small components that can then be absorbed into the bloodstream through the small intestine.

Pancreatitis, as the name suggests, refers to inflammation of the pancreas itself. Attacks of pancreatitis vary widely in severity and can sometimes be fatal. Even mild pancreatitis can be excruciatingly painful. Alex was lucky that he had recovered from his initial attacks, but he lived in constant fear of another one.

Most episodes of pancreatitis are caused by gallstones that migrate out of the gallbladder (where they initially form) and into the main bile duct, which drains bile from the liver. The bile duct and the pancreatic ducts eventually meet, and when stones get stuck at this location, pancreatitis often ensues.

However, Alex had had his gallbladder surgically removed years ago. He also didn’t drink alcohol, which was key because many people develop pancreatitis secondary to alcohol use or abuse. Many medications can cause pancreatitis as a side effect, but Alex had never taken any of them. Additional blood tests didn’t indicate any metabolic problems that could make him more at risk for pancreatitis. I also checked him for rare genetic causes of pancreatitis, but all the tests came back negative.

At this point, Alex and I agreed to hold off on further testing. Sometimes repeated attacks of pancreatitis stop spontaneously, and I was hopeful this would be the case with Alex.

Six weeks later, Alex was in our emergency room with another episode of pancreatitis, the most severe one yet. In the ER, I found him lying on a stretcher in shorts, a T-shirt and running shoes. Despite his pain, he expressed his exasperation at being right back at square one. He had no clear cause for his pancreatitis attacks and no way to prevent them.

I ordered an MRI scan of his abdomen to look at the ducts in his liver and pancreas. Sometimes an MRI can detect stones or sludge (which could cause pancreatitis) in the pancreatic or bile ducts that typical X-rays miss. Also, some patients have congenital abnormalities of the pancreatic ducts that can make it more likely they’ll develop pancreatitis. After the scan was done, the radiologist called to let me know that the scan was “stone-cold normal.” We had arrived at another dead end.

A week later Alex returned to my clinic, mostly recovered from his recent hospitalization and more determined than ever to find a cause to his troubles. I suggested an endoscopic ultrasound. In this procedure, a long, flexible camera called an endoscope is inserted through the mouth, and goes through the esophagus, stomach and small intestine. Unlike a regular endoscope, an endoscopic ultrasound scope has a tip with a built-in ultrasound transducer, which allows the scan to be performed inside the patient’s body. Most ultrasounds are done outside the body, such as when a pregnant woman has one to get a glimpse of her fetus. Because the endoscope is looking from within the body and is much closer to the organs, endoscopic ultrasound can generate images at much higher resolution, allowing doctors to detect even the smallest abnormalities. It’s more accurate than an MRI scan in many respects.

I hoped that an endoscopic ultrasound might find a microscopic stone or perhaps a blockage in one of Alex’s pancreatic ducts, or even some signs of chronic inflammation that might give us a clue to the cause. Alex agreed. A short while later, he visited me in one of our procedure suites and, after he was sedated, I performed the endoscopic ultrasound exam. Despite looking at his pancreas exhaustively, I concluded it appeared totally normal. I was back where I started.

A week later, Alex and I went over his whole story again without uncovering any new information. I was running out of potential tests. Alex, again dressed in running clothes, got up to leave and told me he would think it all through on his planned run. Huh — he’d been in running clothes in the ER during his last visit.

Now I was thinking in a whole new direction. I had read reports of people who had experienced pancreatitis after extreme physical exertion, usually running. The exact cause of pancreatitis in long-distance runners is debatable, but it may be related to dehydration combined with the repeated micro-trauma to the body caused by thousands of foot impacts with the pavement.

“Did any of the other attacks occur after long runs?”

“Yes,” he said, “at least one other time I came to the ER in my running clothes, after coming back from a 10-mile run.”

Bingo. We had a possible cause.

Alex didn’t believe me, though, in part because he’d gone on many runs that hadn’t resulted in pancreatitis. I explained my thinking and suggested that it could be the long runs — the ones that stressed his body to the limit — that were triggering the attacks. The solution was to stop long-distance running, but he was vehemently opposed. As a lifetime runner myself, I understood his resistance. He left the clinic that day angry at me for even making such a suggestion.

Three weeks later, I got another call from the ER: Alex was back with pancreatitis. I headed over to see him.

He was in running clothes again.

“Six miles,” he said. “It started during the run.”

In the ensuing silence, we nodded at each other. We had our answer.

Fortunately, Alex recovered from this episode, too. He ultimately gave up running and took up other, less-intense sports. He never had another episode of pancreatitis.

Douglas G. Adler is a gastroenterologist and professor at the University of Utah School of Medicine. The cases described in Vital Signs are real, but names and certain details have been changed. This story originally appeared in print as "Running into Dead Ends."

More From Discover
Health
What is Long COVID and What are the Symptoms?
Health
Decorate For the Holidays Early and it Might Improve Your Mood
Health
Feeling Sleepy After a Thanksgiving Meal? It Might Not Be the Turkey
Health
The Surprising History of the Bidet Started with the Wealthy and Brothels
Health
How These Top 10 Favorite Thanksgiving Dishes Impact Your Health
Health
There's a New Group of Blood Types — Here's Why it’s Important
Recommendations From Our Store
My Science ShopDiscover STEM Kits
My Science ShopDiscover 2022 Calendar
My Science ShopStrange Science
My Science ShopElements Flashcards
Shop Now
Stay Curious
Join
Our List