Why Does Coffee Make You Poop? 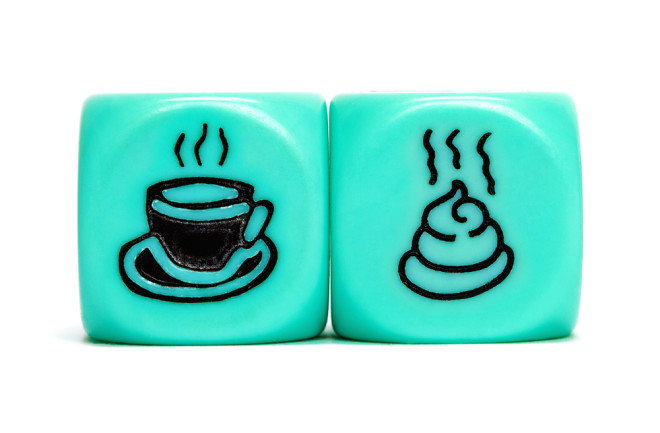 There are a few different reasons why coffee makes people feel the urge to poop. (Credit: Shutterstock)

You may consume coffee to get your day started, as a pick-me-up, or to get you through a lengthy meeting. You may also drink it to, perhaps, get things moving along on schedule.

About 29 percent of people claim they felt the urge to poop after drinking coffee, according to a commonly cited study from 1990. But why? Discover reached out to a gastroenterology expert to see if we could get to the bottom of it.

Coffee has caffeine in it, which is a stimulant. Caffeine speeds up the squeezing motion of your gut and increases the propulsion of material through the intestine, Rosenberg says.

“The same reason it keeps you awake or makes your heart beat faster, it stimulates your gut and helps you go [poop],” Rosenberg says.

He and many other experts look to caffeine for why we have coffee-related poops. But, like many things in science, we haven’t yet reached consensus. After all, people don’t report on a large-scale that they feel like they have to poop after ingesting other caffeine-filled drinks like soda or energy drinks. For many people, smoking a cigarette can also give their insides a bit of a nudge. Instead, some believe the compound chlorogenic acid, which creates higher levels of stomach acid and more gastric acid, could be the culprit.

Rosenberg points out that at the end of the day people respond differently to coffee. There really isn’t a sure way to tell you why, exactly, many take a dump after sipping their cup-o-joe.

“If you have a routine and coffee is part of that routine, it may be your bias that you’re associating going to the bathroom after having coffee,” he says. Plus, going number two depends on hydration levels, stress levels, and the amount of exercise a person gets.

One thing we do know is that we all poop, or at least we all should.