From diet to personality, researchers say many factors are at play. 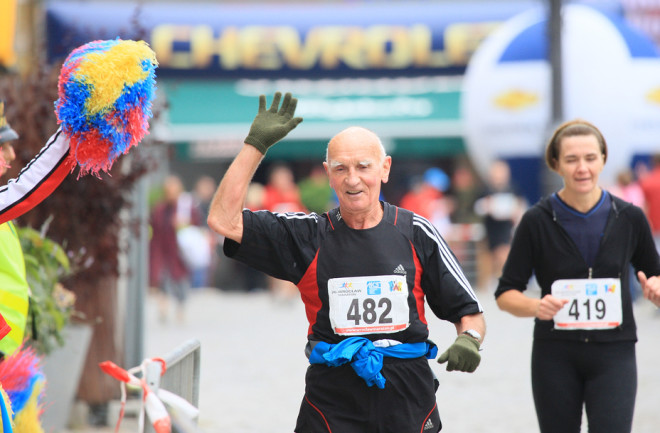 Run an Internet search on “longest living humans” and you’ll be met with an impressive list of people who reached 117, 118 and even 122 years of age. However, with the global life expectancy at birth hovering around 72, many of us would likely be happy to make it to 90 in good health.

Often, genetics and other factors beyond our control affect the amount of time we have on this Earth, but healthy habits such as a good diet, regular exercise and seeing your doctor regularly can go a long way too, experts say. While all factors affecting longevity would be too numerous to list in one article (and include everything from one’s education level to the quality of sleep you’re getting), we focused on a few key areas to explore.

Research in humans and animals indicates that being born into a family whose members regularly make it into their 90s and beyond can be a key factor for determining your lifespan. “Genes are for sure very important, particularly to get to extreme longevity,” says Valter D. Longo, director of the Longevity Institute at the University of Southern California.

Particularly for that “extreme” longevity, where members of the same family make it into their 100s, Longo says. If you’re not born with the ideal gene set, then you have to work harder to reach these longer years. However, Longo cautions that having these long-living genes on its own is not an excuse to eat poorly or take other chances with your health. Studies report that genes take on a roughly 20 to 30 percent factor for predicting longevity.

The prevalence of obesity and disease like diabetes really hurt our ability to experience a healthy longevity, says Neil Charness, director of the Institute for Successful Longevity at Florida State University. And our preference for high-fat, high-sugar diets isn’t helping the matter. If healthy longevity is the goal, Charness recommends sticking to a Mediterranean-style diet that goes light on meat, heavier on seafood, vegetables, fruits and nuts.

Longo has done extensive study on diet and its relationship to longevity. Like Charness, he generally recommends a primarily plant-based diet with seafood options two or three times per week, though suggests that there are other factors to consider such as a person’s ancestry. For example, a person from Japan is more likely to be lactose intolerant vs. a person whose family originated from Norway, he says. Also, fasting for a period of 12 hours each day (for example, between 8 p.m. and 8 a.m.) is important too, the researcher notes. While it’s ideal to be eating healthfully around the clock, Longo recently published a study with other researchers that involved putting mice on a high-fat, high-calorie diet for 25 days out of the month, with the remaining five days consisting of lower-calorie, more healthful foods. This was enough, Longo says, to get the mice back on track to a healthier lifestyle.

“The five days a month — at least in mice — was completely sufficient to wipe out this 25 days a month of bad food,” Longo says. A similar principle is applied in Longo’s book, The Longevity Diet, which calls for readers to go on a “fasting mimicking” diet four times per year for five days. In this period, readers are instructed to eat lower calorie, vegetable and nut-rich foods.

Exercise, along with diet and genetics, is one of the top factors for longevity, experts say. Longo says people who have lived to 100 have typically lived very active lifestyles. Maybe they weren’t athletes, the researcher notes, but they lived their lives as farmers or shepherds — a lifestyle with plenty of physical activity built into their routines.

Charness points to research on the so-called “Blue Zones” that indicate where in the world people are living the longest and exercise has been a consistent factor there. “We’re pretty sedentary here in the U.S.,” says Charness. “Very few people get the recommended amount of exercise … maybe a quarter of the general population does, even less of the older population.”

According to the Centers for Disease Control and Prevention, adults should be getting 150 minutes of exercise per week, which involves a combination of aerobic exercise and muscle strengthening.

From vaccines to pacemakers, various medical interventions have gone a long way toward extending our life spans by warding off disease. However, technology can play a part in enhancing the quality and potentially the length of our lives, too.

For example, setting seniors up with email and other ways to connect with people online can help combat feelings of isolation, which improves quality of life in an aging population. Charness also points to advancements such as self-driving cars, which could extend seniors’ lives by ultimately reducing the types of accidents they are more likely to be involved in, such as crashes caused by misjudged distance gaps and missed stop signs and traffic lights, Charness says.

Personality has a role to play in lifespan as well, experts say. For example, conscientious people — meaning individuals who are more likely to be organized, responsible, and disciplined — tend to live longer, says Angelina Sutin, a professor in the behavioral sciences and social medicine department at Florida State University. Sutin, whose lab has done extensive research on the topic of personality and lifespan says this particular trait works in the person’s favor in a number of ways. First, because conscientious people tend to engage in healthier behaviors such as exercising regularly, not smoking, and seeing their doctors for preventative care.

“In fact, prior to mortality, conscientiousness is associated with less risk of developing chronic disease,” says Sutin. Sutin adds that the trait is further associated with lower stress levels and healthier social relationships, which all contribute to both a higher quality life and a longer lifespan.