What's the Difference Between White Fat and Brown Fat?

Our bodies' actually have not one, but two kinds of fat. 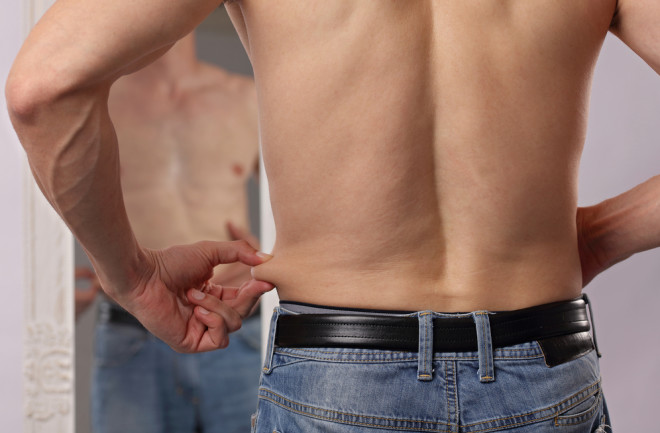 It’s easy to lump “fat” into a single category — the stuff beneath the skin that makes your stomach wobble and can raise the risk of diabetes and heart disease. But not all fat is created equal. For years, scientists have known that fat tissue comes in at least two different shades. White fat, which most of us are familiar with, stores energy in big, oily droplets throughout the body. In large quantities, it can lead to obesity.

Brown fat, conversely, contains both smaller droplets and high amounts of mitochondria, which lend the tissue its chestnut color. Mitochondria, the body’s power plants, use these fatty droplets to generate heat. The tissue helps newborn infants — who lack the insulation provided by body hair and haven’t yet learned how to shiver — regulate their body temperature.

Scientists once thought that all brown fat disappears by adulthood. But, in 2009, new research in the New England Journal of Medicine  revealed that grown-ups can produce brown fat, too. Now, scientists are exploring new ways to harness the tawny tissue for therapeutic purposes because of its potential to turn fat into energy.

Some studies say that exposure to cold temperatures can prompt the body to recruit more brown fat cells. Another paper probes how brown fat can be leveraged to combat diabetes and obesity. Ultimately, more research is needed on humans to see how brown fat might help treat these conditions.