The Dark Side of Oxytocin, Much More Than Just a “Love Hormone”

In fact, it can be the opposite. 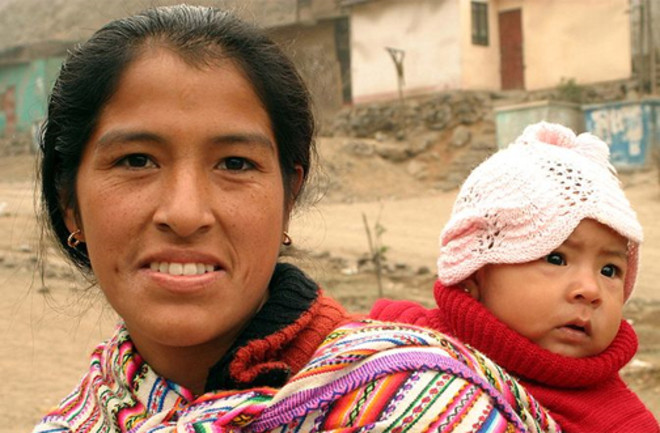 There’s a chemical that can subtly shift your childhood memories of your own mother. In some people, it paints mum in a more saintly light, making them remember her as closer and more caring. In others, the chemical has a darker influence, casting mum as a less caring and more distant parent. (Credit: Ian Riley)

There’s a chemical that can subtly shift your childhood memories of your own mother. In some people, it paints mum in a more saintly light, making them remember her as closer and more caring. In others, the chemical has a darker influence, casting mum as a less caring and more distant parent.

All of this becomes heavily ironic when you consider that the chemical in question — a hormone called oxytocin — is often billed as the “hormone of love”, and even marketed as “Liquid Trust”. As a new study shows, the reality is much more complicated. Describing oxytocin as the “hormone of love” is like describing a computer as a “writing tool” — it does other things too, some of which aren’t pleasant.

Oxytocin is a versatile actor, whose resume includes all sorts of jobs in sex, reproduction, social behaviour and emotions. It can increase trust among people and make them more cooperative (this works in meerkats, too). It can increase the social skills of autistic people. It’s released during orgasm. It affects lactating breasts, contracting wombs and the behaviour of sheep mothers towards their newly born lambs. The list goes on: drug addiction, generosity, depression, empathy, learning, memory.

Despite these many roles, oxytocin is often reduced to a misleading label. While “hormone of love” may be great for catchy headlines and compelling marketing slogans, they are ultimately misleading. Jennifer Bartz from the Mount Sinai School of Medicine has found that oxytocin can have completely opposite effects on the way people behave, depending on how they view their relationships to other people.

She recruited 31 men* and asked them to sniff either an oxytocin nasal spray or another spray with the same ingredients minus oxytocin — a placebo. A few weeks later, the sprays were swapped so that the men who took oxytocin now took the placebo, and vice versa. At the time, neither the scientists nor the volunteers knew which was which — that was only revealed after the experiment was over.

Before all of this, the men completed a series of widely used questionnaires to measure the state of their social ties. The questions assessed the nature of their bonds with their families and friends, how sensitive they are to rejection, how comfortable they are at being close to other people, how much they desire that closeness, and more. Shortly after using both sprays, the recruits also answered questions about their mother’s parenting style.

Bartz found that when she averaged out the volunteers’ results, the sniffs of oxytocin hadn’t seemed to colour their memories of their mothers. But things changed when she looked at them individually. Those who felt more anxious about their relationships took a dimmer view of their mother’s parenting styles when they sniffed oxytocin, compared to the placebo. Those who were more secure in their relationships reacted in the opposite way — they remembered mum as being closer and more caring when they took the oxytocin.

These results show that oxytocin is far from being a simple “love hormone”. As Bartz says, it has a “more nuanced role … than previously thought,” and one that varies from person to person. It’s “not an all-purpose attachment panacea.”

For now, Bartz isn’t sure why oxytocin can have such different effects. Her most educated guess is that the hormone triggers a biased trip down memory lane. Under its influence, people are more likely to remember information about their mother that fits with their current attitudes to relationships. If they are anxious, they’re more likely to remember the negative side of their early life. It’s a reasonable enough idea, and one that Bartz intends to test in the future. It will also be good to repeat the study in a larger group — 31 men make for a relatively small study.

But this isn’t the only study to show the subtle side of oxytocin. Just three months ago, I wrote about research from Heejung Kim at the University of California, which showed how oxytocin’s effects vary across different cultures. To fulfill its many roles, oxytocin has to dock at a protein called the ‘oxytocin receptor’, encoded by a gene called OXTR.

Kim found that when Americans who carry a particular version of the OXTR gene are more likely to turn to their friends for support when they are distressed. But Koreans react to social stress in a different way – for them, it’s less socially acceptable to turn to friends for support during tough times. And distressed Koreans who carry the same version of OXTR are less likely to seek support from their friends.

As I wrote then, “In cases where genes affect our behaviour, the same stretch of DNA can lead to very different deeds, depending on individual circumstances. Just as a production defines a play, environments and cultures alter the effects of certain genes.”

*Bartz only worked with men because there are risks involved in injecting women with oxytocin — if she’s pregnant, it could induce labour, and it might affect the foetus in as yet unknown ways.