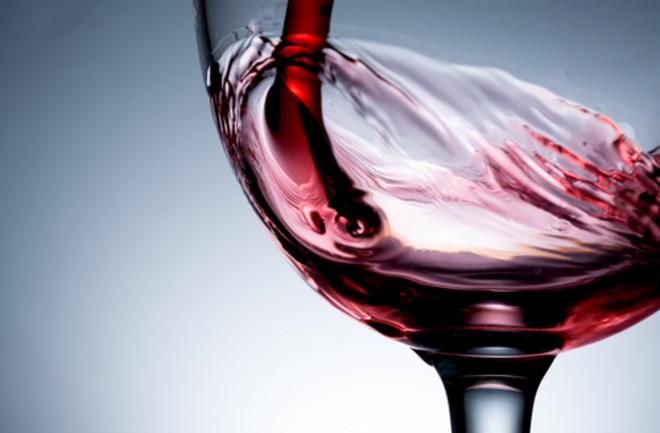 The same stuff that’s been linked to red wine’s heart-health benefits could also someday help astronauts walk on Mars. In a new study published in the journal Frontiers in Physiology, researchers say that resveratrol, a compound found in wines, could lessen muscle loss on the long trip to Mars.

The Trouble With Traveling to Mars

Currently, a one-way trip to Mars will take something like nine months. To make the trek, whichever spacecraft astronauts hitch a ride on will only have space for the bare essentials on board. As such, there won’t be room for much exercise equipment to help crew keep their muscles strong in zero- or low-gravity environments. And that’s a problem for the chosen few who could someday set foot on a planet that has just 40 percent of the gravitational pull of Earth’s.

Weight-bearing muscles will shrink first — and fare the worst — followed by a degradation in so-called slow-twitch muscle fibers that are key to endurance. (For instance, marathoners tend to have more slow-twitch fibers than say, a sprinter.) Bones, too, will weaken.

But there could be a way around the lack of workout equipment: “Dietary strategies could be key,” says Marie Mortreux, a neurologist at Harvard University’s Beth Israel Deaconess Medical Center and the paper’s lead author, in a press release.

That’s where resveratrol comes in. The compound is commonly found in the skins of blueberries, pomegranates and grapes. (Hence its relation to wine, specifically to red wine, which is fermented with grape skin longer than white wine.)

And it’s “been shown to preserve bone and muscle mass in rats during [situations that are] analogous to microgravity during spaceflight,” Morteux explained in the statement. “So, we hypothesized that a moderate daily dose would help mitigate muscle deconditioning in a Mars gravity analogue, too.”

Resveratrol to the Rescue

As expected, the “Mars” rats who went sans resveratrol lost muscle mass in their legs, their paw grip weakened and they saw a drop in how many slow-twitch muscle fibers they had. But their supplemented peers didn’t experience such losses. In fact, their muscles mass was roughly on par with the rats in the normal loading situation that didn’t get any of the supplement.

Despite the promising findings, this is still a rodent study. And the mechanisms behind resveratrol’s impressive ability to sustain muscle mass have yet to be revealed. Plus, researchers would still have to clear the not-unsubstantial hurdle of clearing the compound for such use in humans. Until then, it’s at least nice to ponder how something as unassuming as grape skins could hold the key to humans someday wandering the Red Planet.