Throughout history, superstition drove many unlikely diagnoses for scary medical conditions. Then science caught up. 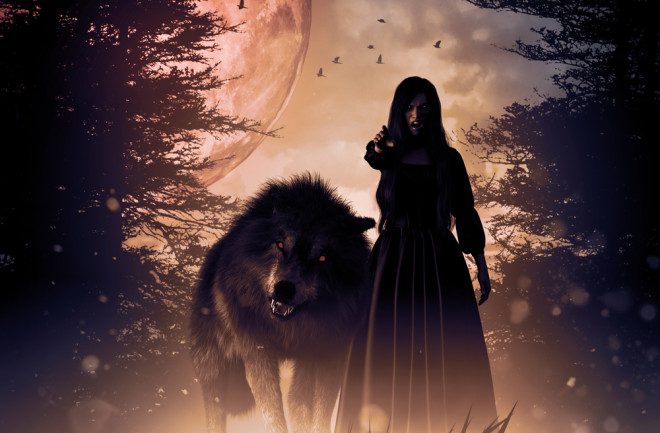 No matter how improbable some myths and legends may seem, many of them are rooted in reality. Instances of civilization-destroying floods appearing in many religious narratives across the globe, for example, have led historians to hypothesize that these events may have been inspired by an actual rise in sea levels following the Last Glacial Maximum.

Similarly, folkloric creatures like vampires and werewolves are believed to have originated not from the minds of storytellers, but all-too-real diseases and medical conditions which, in times when humanity’s scientific knowledge was not nearly as advanced as it is today, sparked the imaginations of our ancestors, resulting in the legends of monsters we still know and fear.

Today’s view of vampires is based heavily on Dracula, the character from Bram Stoker’s 1897 novel of the same name. However, the true origins of these blood-sucking creatures actually goes back further than the publication of the iconic text. The concept first received widespread attention from western European scholars in 1718, when Austria gained control of Serbia.

As they moved into the newly acquired region, Austrian administrators noted local Serbian communities would mark suspicious individuals as “vampires.” Similar to the witch hunts in colonial America, these people often wound up being condemned to death, after which their corpses would be exhumed for traces of dark magic.

In his book Vampires, Burial and Death, Paul Barber argues that the concept of vampires arose out of an inability to explain the varying speeds at which human bodies can decompose. Nowadays, we can understand these variations are due to a variety of factors including temperature and soil composition. In the Middle Ages and for centuries thereafter, witchcraft filled this gaping hole in our communal knowledge.

Look, for instance, at the curious case of Rhode Island resident Mercy Brown. After dying of tuberculosis in the late 1800s, Brown’s body was placed in an above-ground vault. When, at the end of a severe winter, her remains had yet to decompose, she was declared a vampire and held responsible for the mysterious illness (you guessed it – tuberculosis) that afflicted her surviving family members.

Vampires have a number of distinct characteristics, each of which has been linked to a particular real-life illness. According to folklore, vampires are nocturnal creatures whose supernatural powers are severely weakened when they are exposed to the sun – an attribute which, historians suspect, may have been inspired by medical conditions that cause photosensitivity.

One of these conditions is lupus, an autoimmune disease where white blood cells attack the body’s own organs and tissues. According to WebMD, about two-thirds of lupus patients are sensitive to ultraviolet rays, with their symptoms worsening whenever they are exposed to the sun or, in extreme cases, even artificial light.

Lupus isn’t the only cause of photosensitivity, however. Experts also point to porphyria as a possible origin for the vampire mythos. According to research, sufferers of porphyria – a group of blood disorders defined by unnatural buildups in the natural chemicals that produce hemoglobin – either manifest “delayed, blistering” or “immediate, painful” photosensitivity.

It’s easy to see how, in the past, people who were afflicted with porphyria could have been falsely suspected of vampirism. In order to avoid irritating their condition, patients would try to avoid sunlight as much as possible. Until recently, drawing blood – a practice that reduces both the body’s iron and porphyrins levels – was a common method for treating the condition.

Read More: Real-Life Vampires Exist, and Researchers are Studying Them

Just as iconic a monster as the vampire is the werewolf, a creature from European folklore that denotes a human being who – by some curse or affliction – temporarily transforms into an animalistic, bloodthirsty man-wolf at the sight of a full moon. The term is derived from “werwulf,” an Old English term combining the words for “man” and “wolf.”

Today, werewolves are monsters of the imagination. In the past, they were regarded as real and actively hunted by superstitious communities. German serial killer Peter Stumpp, who met his death in 1589, was accused of being a werewolf. Werewolf trials continued well into the 18th century, with the last known trials taking place in southern Austria.

Though the concept of the modern werewolf has its roots in northern Europe, descriptions of people with wolf-like qualities date back to antiquity. The Greek physician Galen, who lived from 129 to 216 CE, described a patient with the appearance and appetite of a wolf. The term “clinical lycanthropy,” the delusion that one is able to turn into an animal, was born from this description.

Unlike vampirism, which was almost always “diagnosed” through accusation by someone else, one’s status as a werewolf was often asserted by the afflicted themselves. In the late sixteenth century, the English politician Reginald Scot argued against the accepted beliefs of the day. The way he saw it, lycanthropy was not a disease of the body but of the mind – a delusion.

In recent times, historians have looked for medical conditions that could explain the birth of the werewolf myth. In 1963, a medical professional by the name of Lee Illis traced the origins of werewolves back to the same source as vampirism. In his article, On Porphyria and the Aetiology of Werewolves, Illis too settled on the aforementioned family of blood disorders.

Considering werewolves and vampires share many characteristics, this should not come as much of a surprise. After all, both monsters are active at night and driven by a lust for blood. In his article, Illis outlined congenital porphyria, which manifests in the form of photosensitivity, reddish teeth and psychosis, as the most convincing medical explanation for this mythological phenomenon.

Illis’ argument did not go unchallenged. In his 1979 book The Werewolf Delusion, cultural sociologist Ian Woodward argued the physical symptoms of congenital porphyria are too subtle to account for the visual characteristics of werewolves, which in virtually every mythos resemble real wolves more than they do a regular person.

Instead, Woodward points to a far more alarming medical condition: rabies. The disease, which is almost always contracted from animal bites, represents a bridge between the human and natural world. On top of that, the disease’s symptoms – excess saliva, muscle spasms and transfer through bites – strongly resemble descriptions from werewolf legends.

From Myth to Medicine

Vampires and werewolves aren’t the only creatures from myth that may have come into existence thanks to misunderstanding real-world diseases and medical conditions. The concept of the zombie – an inhuman undead that can transfer its deadly affliction through physical contact – may have been based on lepers, who for most of history were exiled to isolated locations, lest they infect their neighbors.

The relationship between myth and medicine should not be taken lightly. For much of history, superstition severely hindered the development of modern science. Rather than mythologizing mysterious illnesses and demonizing those who are afflicted by them, medical institutions strive to inform and educate both their patients and the communities in which they live. The more we come to understand how a particular disease works and where it comes from, the better we can avoid the creation of yet another monster.

More From Discover
Technology
The Hidden Science Behind Video Games Like The Last of Us
The Sciences
How a Zombie-Ant Fungus Can Infect a Host
The Sciences
Ancient Empires Used Bioweapons to Strike Terror More Than 3,000 Years Ago
Health
Here's Why Coronavirus Cases Are Surging in China
Health
Scientists Say Corpses Can Carry and Spread COVID-19
Health
When You Should Get the COVID-19 Booster After Infection
Recommendations From Our Store
My Science ShopDiscover STEM Kits
My Science ShopDiscover 2022 Calendar
My Science ShopStrange Science
My Science ShopElements Flashcards
Shop Now
Stay Curious
Join
Our List