A decades-long study of over 46,000 women found that birth control pill-users had higher rates of violent deaths, but researchers don't know why. 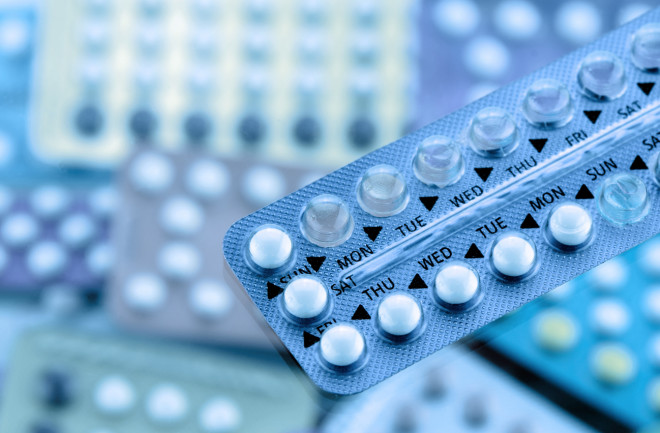 In 1968, researchers from the Royal College of General Practitioners began tracking approximately 46,000 women in the United Kingdom — half of whom actively used the birth control pill and half of whom had never used it. Follow-up reports on the study, one of the world’s largest continuing explorations into the health effects of hormonal contraception, suggested that pill users have a significantly lower rate of death from cancers and other diseases but a higher rate of death from something surprising: violence.

The longer they’d been on the pill, the more likely this fate became; those who’d been on the pill for more than eight years had an increased risk of 116 percent. It’s a small finding, but significant enough that chance couldn’t explain it.

According to the United Nations Department of Economic and Social Affairs, approximately 151 million women worldwide used the pill as a method of contraception in 2019. Despite this, there’s still a lot we don’t know about it. As new data is collected, Philip Hannaford, corresponding author of the study and a professor emeritus of primary care at the University of Aberdeen in Scotland, continues to see the same violent death statistics. He just can’t explain why.

Because intimate partner violence accounts for more than a third of women murdered in the United States, a new review published in the journal Frontiers in Behavioral Neuroscience argues that many of these violent deaths likely occurred at the hands of romantic partners.

Lisa Welling, an associate professor of psychology at Oakland University, studies the influence of hormones on behavior. She’s found that contraceptive pill users tend to use more tactics to keep their relationship afloat — as do their partners. “Jealousy is a normal reaction people have in response to a potential or perceived threat to their relationship,” she says. “It’s an early warning system so we can take steps to correct issues before a break-up."

One way jealousy can be expressed is through mate-retention behaviors, which are any behaviors that might be engaged to keep a partner from straying. This can include buying a partner a gift or complementing them, Welling says, but it can also mean violence.

She agrees that the pill could be influencing whom women chose as their romantic partners. However, she doubts that hormonal changes are to blame for the relationship between the pill and violent deaths. For one, research shows that pill-users prefer less masculine men, who studies have found are less likely to be perpetrators of violent crime.

“Women prefer more masculine males when they’re fertile, but the contraceptive pill keeps a steady dose of hormones that mimics the phase when they’re already ovulated," Welling says. "So you don’t tend to see fluctuations in hormones across the cycle, and therefore you don’t see the same subtle changes in preferences.”

Another possible explanation is that people tend to have more jealous reactions when their estrogen levels are higher, a hormone that the combined pill (the most commonly prescribed pill) contains along with progesterone. “Some say [adding in estrogen] more closely approximates the ratio of progesterone and estrogen of a natural menstrual cycle,” Welling says, “but really, it’s added in to help deal with the pill’s side effects.”

These synthetic hormones have also been found to affect how satisfied users are with their relationship. A 2014 study showed that people might see a change in their relationship dynamics and a drop in satisfaction if they go off the pill, or start it during a relationship, Welling says — although there is limited support for this theory. While some argue that these hormones dangerously alter preference in a partner, most researchers agree there isn’t enough evidence to draw that conclusion. Instead, there could be alternative explanations for Hannaford’s findings.

For instance, a 2002 study found that women using oral contraception, on average, reported a greater number of sexual partners across their lifetimes. Typically, Welling says, higher numbers of sexual partners encompass unattached encounters as well, referred to as casual sex. "And research backs up that women who engage in more casual sex are often more likely victims of crime,” she says, emphasizing that she’s not blaming the victims.

Hannaford agrees that alternative explanations for the association he found must be considered. It’s more likely, for example, that the women in his study who were on the pill were in relationships, more likely to be risk-takers or accident-prone, he says. In fact, Hannaford doesn’t think we’ll ever truly know if the pill causes women to pick partners who will go on to kill them, or if there’s another reason for the correlation. “It’s very unlikely we’ll ever know the biology enough,” he says. “It’s a very difficult thing to study, partly because the outcome is so rare — we’re talking about six per 100,000 women.”

And don’t expect to hear this statistic at your next doctor appointment; while Hannaford acknowledges that it’s important for pill-users to be informed of any risks, he says the main concern he discusses with anyone contemplating the pill is venous thrombosis [caused by blood clots]. Welling agrees, adding that, although 116 percent is a significant statistical effect, it’s not significant enough for doctors to be warning their patients about until the theory is backed up by two or three more datasets.

More From Discover
Planet Earth
What You Need to Know About Lyme Disease
Mind
5 Essential Neurotransmitters for Everyday Life
Health
Why Caffeine Affects People Differently
The Sciences
Gut Biome Diversity Might Shape Personality, Energy Levels
Health
Our Sense of Smell May Be More Powerful Than We Think
Health
What to Feed Your Microbes
Recommendations From Our Store
My Science ShopDiscover STEM Kits
My Science ShopDiscover 2022 Calendar
My Science ShopStrange Science
My Science ShopElements Flashcards
Shop Now
Stay Curious
Join
Our List