Many people report having spiritual experiences and psychological shifts while practicing intense and forceful breathing. But experts say this type of hyperventilating can pose mental and physical risks. 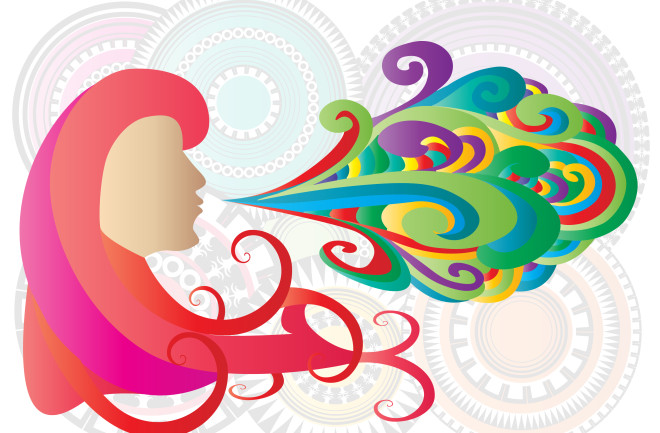 When the U.S. cracked down on drugs in the 1970s, the effort dried up most funding and research into psychedelic substances — which only in the past few years have regained momentum in the field of psychotherapy. In the ’70s, rather than shut down all his work, one psychedelic researcher at Johns Hopkins University, Stan Grof, turned his attention to another potential avenue for attaining non-ordinary states of consciousness: breathing.

Grof, alongside his wife at the time, Christina Grof, developed the term Holotropic Breathwork for this technique, which loosely translates as “moving toward wholeness.” The practice in experiential psychotherapy emerged in the 1980s as a tool for self-exploration and inner healing, and has certified teaches who now facilitate it around the world. The framework integrates music with modern consciousness research, psychology and Eastern spiritual practices, according to the Grof Transpersonal Training program.

Many people today teach this intense breathing practice, and other similar techniques that preceded it, such as kundalini yoga or pranayama. But questions remain about the science behind what exactly is happening in the mind and body while practitioners lie on the floor and breathe persistently in rapid patterns. And some clinicians have raised concerns about the safety, and risks, in a field with limited peer-reviewed studies.

Meditation on a Freight Train

Stacia Butterfield has been a certified Holotropic Breathwork teacher with Grof Transpersonal Training for roughly 15 years. She committed to the work after having her own life-changing experience at a workshop, and has since worked closely with Grof himself and guided thousands of people in the practice. “It’s deceptively simple. It seems like just turning on music, laying down and taking some breaths, and away you go,” Butterfield says. “What we’re actually relying on is the spontaneous mobilization of the psyche.”

First and foremost, a guided Holotropic Breathwork session requires creating a safe container, Butterfield says, where people can let go of inhibitions or mental blocks. Facilitators are trained to guide people through that process in a group setting.

One session lasts between two and three hours — often as part of a weekend or week-long retreat. People pair off and alternate in the roles of “sitter” (assisting the other) and “breather” (the person doing the heavy breathing). To begin, rhythmic drumming sets the mood. The breather lays down and starts breathing rapidly, in a continuous way with no real break between inhales and exhales.

The music typically has an emotional arc, almost like a movie soundtrack. It might start off evocative and stimulating, then turn “increasingly dramatic and dynamic, and finally it reaches a breakthrough quality,” according to a guide written by Stan and Christina Grof. This guide notes that when the breathing leads to non-ordinary states of consciousness in a practitioner, “there is a potential for unusually intense projections, including regressed longings for nurturing, sexual contact, or spiritual connection.” Facilitators are advised to assist clients with these feelings as they arise, while following their agreement to conduct the practice in an ethical manner.

Butterfield says one core principle, like somatic therapy, is for participants to become aware of the messages and wisdom in their own body. “So many people are so busy, just cruising around [and] keeping the lid on everything else that is going on internally,” she says. “[In a session] they can just close their eyes and go inward, and see what’s there.” She says visions, strong bodily sensations and emotions often arise. And she has watched people who had tried years of talk therapy make substantial progress in processing grief and loss, past trauma, life changes or even mental illnesses.

One practitioner aptly described this practice as “meditation on a freight train,” Butterfield adds. The reported dramatic experiences spark questions about what might actually be happening within the body and brain.

Pulmonologist Michael Stephen, author of the book Breath Taking, says the practice of Holotropic Breathwork raises red flags for him because of its use of over-breathing, or hyperventilation. Biologically, when someone breathes heavily for an extended period, they can lose too much carbon dioxide, which makes the blood overly alkaline. The phenomenon often triggers an immediately physiological response. “We start to get tingly in our fingers and dizzy when we hyperventilate, as our pH is rising too much,” says Stephen.

Prolonged, excessive pH levels in the blood can also cause seizures, he adds: “Just before seizures happen, you can get lightheaded, a sort of high.” He attributes this to the non-ordinary states of consciousness that people might feel during Holotropic Breathwork. But he says few proper studies have been done on the practice because of the dangers and ethics involved.

Another breath specialist and integrative psychiatrist, Patricia Gerbarg, says that Holotropic Breathwork, and other forceful respiratory practices such as breath of fire, do have the potential to alter the mind. They can also bring about a lasting impact on people, but it’s not always beneficial or predictable.

“It’s a stress on the system. You’re going through rapid changes in oxygen levels and the balance of various substances in the body and the brain,” she says. And similar to drugs, “people can use them to attain different mental states,” she adds.

Healthy people tend to have a broader tolerance to endure these shifts and unpredictable outcomes. But the same behavior can be harmful to someone who is less healthy, or dealing with a psychological disorder, says Gerbarg, who teaches psychiatry at New York Medical College.

“Those kinds of intense, rapid shifts in your brain chemistry can cause adverse effects,” she says, adding that she is familiar with cases where people feel they “never recovered” from what these states did to them. Some literature uses the term kundalini psychosis, or physio kundalini syndrome, to describe people who cognitively lose touch with reality in pursuit of "spiritual awakening."

One of Gerbarg’s concerns about the rise in popularity of these advanced, Eastern breathing practices is how they are inserted into the Western world and modern mindset. (Two other intense and forceful breathing practices include Tummo breathing, with a Tibetan buddhist lineage, and the Wim Hof Method.) The breathwork is often tied closely to a lifestyle and belief system, and many traditional practitioners dedicate hours a day for many years to master the techniques in a healthy way. Alternatively, people in modern Western cultures often struggle to commit to a new practice for 20 minute a day.

“[Intense breathwork] is becoming increasingly popular and people are doing it online,” Gerbarg says. “They aren’t often aware that there are risks,” or they might not know the pre-existing conditions their students have. The big responsibility ultimately falls on the teachers and facilitators to ensure everyone is safe.

Gerbarg and her husband Richard Brown, a professor of psychiatry at Columbia College of Physicians and Surgeons, have published several books on the healing potential of breath. And they offer evidence-based workshops and teaching resources through their Breath-Body-Mind Foundation.

One of their most popular techniques, called coherent breathing, teaches gentle, slower and relaxed respiration. Once practitioners learn it, they can use it any point throughout the day when stress or anxiety is likely to rise up — even in mundane circumstances like being stuck in a long line — and trigger a string of reactions in the body.

The goal is to inhale and exhale slowly through the nose at a rate of about five breaths per minute, or one breath cycle every 12 seconds. Gerbarg says this process can promptly activate the rest-and-restore parasympathetic nervous system throughout the body, with millions of reactions and signals firing every second.

Read More: How Slow, Deep Breathing Taps Into a Natural Rhythm in Our Bodies

“It tells the brain, ‘the conditions are safe,’ ” she says. “The less effort, the more you get out of this one.”

The results of this technique may not feel like the freight-train experience of altered consciousness. But it carries less risk and broader appeal to anyone interested in channeling their own breath for health and wellness.