First Major Center for Psychedelic Research Opening in the U.S. 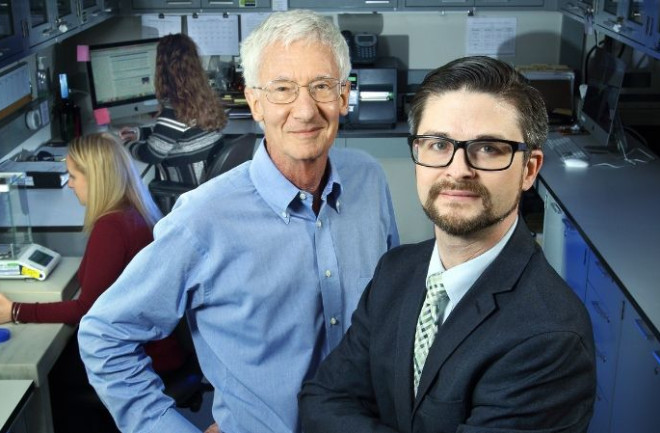 The launch of a new privately-funded research center dedicated to investigating the therapeutic benefits of psychedelic drugs was announced today at Johns Hopkins University.

The Center for Psychedelic and Consciousness Research will be dedicated to understanding how psychedelics alter consciousness, behavior and brain function. The bulk of the research will focus on psilocybin, the active ingredient in “magic” mushrooms, which has been demonstrated as a powerful tool to treat mental health afflictions.

Read more: Where Do Scientists Get Their Drugs?

The launch comes thanks to $17 million from private donors, including Tim Ferriss, an entrepreneur and podcaster, Matt Mullenweg, co-founder of WordPress and Blake Mycoskie, founder of the shoe company TOMS.

“The establishment of this center will build on our past research that’s demonstrated the therapeutic effects of psilocybin in people suffering from a range of challenging conditions,” said Roland Griffiths, the new center’s director and a professor of behavioral biology at JHM, at a press conference today. Griffiths, one of the country’s leading psychopharmacologists, has been conducting psilocybin studies for decades. He’s kept up a steady drumbeat of research that some view as pivotal for bringing psychedelic back to mainstream attention.

The center intends to study the use of psilocybin to treat a range of conditions, including opioid addiction, Alzheimer’s disease, post-traumatic stress disorder (PTSD), post-treatment Lyme disease syndrome (formerly known as chronic Lyme disease), and more. For example, Johns Hopkins researchers affiliated with the center are currently working on studies examining the use of psilocybin in treating anorexia and smoking cessation. The center will also explore psychedelic use in healthy individuals and microdosing, or taking very small amounts of psychoactive drugs to boost creativity.

It’s unclear yet how or if psilocybin will help treat these conditions, but the psychedelic has already shown promise as a treatment for depression, obsessive-compulsive disorder, cluster headaches, end-of-life anxiety and as a way to quit tobacco, cocaine and alcohol. Although the research is still in early stages, the results have been promising. Last year, the US Food and Drug Administration designated psilocybin a “breakthrough” therapy for treatment-resistant depression.

“Overall, I see psychedelics as a paradigm-shifting game-changer in the treatment of mental health disorders, and as tools for understanding the brain’s connection to mind and behavior,” said Matthew Johnson, the center’s associate director. “Our nation is experiencing an absolute crisis in mental health, with depression and addiction causing staggering numbers of deaths. We need to follow the data on psychedelics, but the funding of this center will allow us to actually produce those data.”

Even though psychedelic drugs are highly illegal most places in the U.S., it is possible to study them, but it’s far from easy or cheap. Though some universities and institutions like MAPS (Multidisciplinary Association for Psychedelic Studies) have specialized in psychedelic research, Griffiths and Johnson noted that these groups have struggled. “This is a burgeoning field of study, but it’s limited in each of those cases by lack of resources and lack of funding,” Griffiths said.

“All of those groups have operated the way we have, in sort of cobbling together resources, and unfortunately haven’t had center-level funding, so they haven’t constituted centers,” Johnson said. That should change with the Johns Hopkins effort.

“Since we initiated this work, there are a number of academic centers that have gone online and it’s just very gratifying to see this whole area of research expand,” Griffiths said, noting the growing interest in psychedelics in science. “I don’t doubt that’s going to continue.”