Here’s How Anesthesia Affects Your Brain

Despite its long history, scientists have only just begun to unravel the mysteries of sedation. 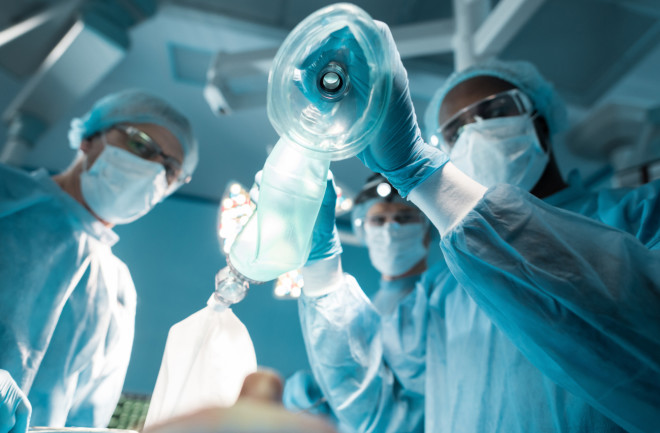 In September 1811, British novelist Fanny Burney discovered a concerning lump in her breast. On the advice of her physician, she underwent a mastectomy in Paris at age 59. But anesthesia as we know it today wasn’t yet available, and Burney was awake throughout the four-hour ordeal. She later wrote to her sister about the agony: “I then felt the Knife [rack]ling against the breast bone — scraping it!” Despite the pain, surgeons considered the procedure a success and Burney lived for almost three more decades.

In the same year, Abigail Adams Smith, daughter of founding father and second U.S. president John Adams, also endured a mastectomy. Smith had found a lump at age 46, and as it grew she agreed to allow surgeons to remove her breast. After belting her to a chair in an upstairs bedroom of the Adams home, the surgeon thrust a prong into her breast, lifted it and began to cut with a razor. Smith’s wounds were cauterized with a hot spatula from the fireplace. The entire surgery lasted 25 minutes. Unfortunately, it did not save her life as intended and she died two years later at the age of 48.

Without the advent of anesthesia, surgeries such as Smith and Burney’s mastectomies were excruciating for patients and stressful for surgeons. It’s no wonder that the desire to reduce pain during surgery dates back to ancient times, when a Chinese physician concocted what is thought to be the first known anesthetic from herbs and wine in 500 B.C. Other civilizations experimented with alcohol, coca leaves or opium as well, but these anesthetics were ineffective — so few patients were willing to go under the knife.

Even as surgeons in Boston began successfully sedating patients with ether (and later chloroform) in 1846, however, they still had no idea how sedation actually worked. Instead, physicians focused their attentions on learning to administer anesthetics safely. In fact, despite an approximate 100 million people now receiving anesthesia annually, often via a combination of multiple drugs, scientists have only just begun to understand how sedation bamboozles the brain in the past few years.

In the 1980s, scientists showed that the drugs work by interacting with the brain’s cell receptors and changing how neurons fire. When a person is awake, neurons in their brain communicate by firing signals through electrical impulses. Anesthetics disrupt this communication, and in doing so, change a person’s awareness.

Then in 2021, two key studies helped to explain why different drugs produce different neurological effects. In one, researchers created a statistical model to analyze the brain rhythm activity of nine humans and two macaque monkeys. They connected the subjects to an electroencephalographic (EEG) monitor and gave each ketamine, an anesthetic.

While under the influence, the EEG showed that the subjects had high-frequency neuron oscillation, higher than the normal range for consciousness. This meant the neurons couldn’t communicate as they would during a conscious state. “You need a degree of connectivity to be functional,” says Emery Brown, a professor of medical engineering and computational neuroscience at MIT and a co-author of both studies.

In the second study, the researchers connected four macaques to an EEG monitor and gave them propofol, a medication used in general anesthesia. This time, the monkeys’ neuron oscillation decreased significantly, below the normal range for consciousness.

“[The drugs] change the dynamics, move oscillations out of a certain range, and then parts of the brain can no longer communicate,” he says. Communication is blurred and indecipherable. Brown likens it to a melody that becomes one, long monotone sound. And it’s an effect that happens quickly — he says drugs like propofol work within 10 to 15 seconds of administration. “It’s extremely quick. That’s why it’s so dangerous. These things are super potent.”

Brown hopes his research will help scientists understand more about anesthesia in order to limit risks and side effects. In his own practice as an anesthesiologist, Brown uses EEGs to monitor his patients’ oscillations and ensure they are at a necessary frequency for unconsciousness. He estimates about a quarter of anesthesiologists do the same but says he’d like to see it become a universal practice in order to adjust dosages accordingly.

The use of EEGs can also prevent interoperative awareness, a rare event — occurring in just 0.007 to 0.023 percent of surgeries today — in which a person gains awareness during a surgical event, possibly registering pain and creating memories. A 2015 article in the British Journal of Anaesthesia found that interoperative awareness didn’t always mean a patient formed a memory of the event, but noted that post-traumatic stress disorder is possible in the rare instance that someone does gain consciousness during surgery and later remembers the event. For these reasons, the article’s authors also supported the use of EEGs.

For Burney, a lack of anesthesia meant that she remembered her 1811 mastectomy vividly; so vividly, in fact, that six months passed before she was able to write about the experience. In the letter to her sister in which she detailed her ordeal, Burney admitted she was too traumatized by the event to even read the letter back to herself: “I dare not revise, nor read, the recollection is still so painful.”