Gene Therapy, Successful Against Parkinson's, Continues on the Road to Redemption 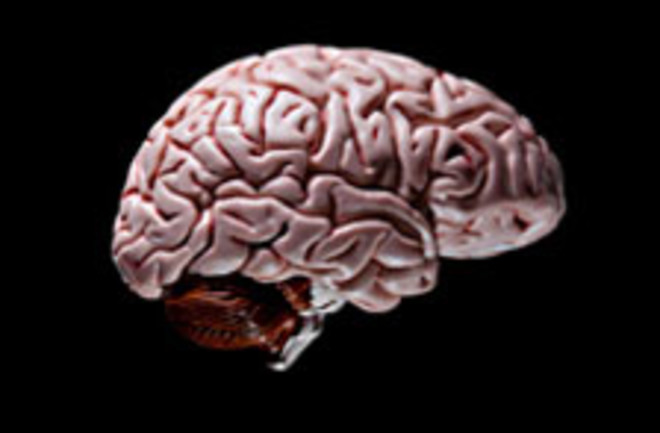 Back in the 1980s, gene therapy was one of science's greatest hopes and hypes, and researchers predicted the technique would be used to cure a huge range of illnesses. During the 90s, many early gene therapy trials were effective or downright dangerous, some causing cancer or even death. But more recently, scientists who stuck with gene therapy have started to see positive results, with promising treatments for malformed hemoglobin, color blindness, and depression. (See the DISCOVER magazine feature "The Second Coming of Gene Therapy" for more.) Now, researchers have announced that they've successfully treated the symptoms of Parkinson's disease in a small group of people---a far cry from a cure, but still a step in the right direction. I Once Was Blind but Now I See The theory behind gene therapy is simple: A healthy gene hitches a ride into the patient's genome on a virus, replacing the genes responsible for some genetic disease or disorder. Actually doing this is more difficult, because humans have a little thing called an immune system that's remarkably efficient at finding and destroying foreign bodies. After the first U.S. death from gene therapy in 1999, and leukemia cases in France the same year, many started to think that gene therapy was more of a problem than an answer.

The early and awful failures forced all of the researchers in the field to retreat and reconsider the staggering complexity that challenged them. They could not just replace a bad gene with a good gene, as some early pundits had hoped—they also had to orchestrate the nuanced and elaborate dance between the gene products (proteins) and the patient’s immune system, which could recognize a foreign body and viciously attack it. After that was settled, gene therapists still had to find a suitable virus, or vector, to carry replacement genes into human cells without inciting a damaging or deadly immune response.... It was this new perspective more than anything else that turned gene therapy from a simple but failed and frustrated hope into, once again, medicine’s next big thing—a stunning spectacle of hubris, ignominy, and redemption on the scientific stage. [DISCOVER]

New: Gene Therapy and Parkinson's Disease While there's no cure for Parkinson's as of yet, doctors have an arsenal of methods, ranging from drugs, brain stimulation, and (now) gene therapy that help reduce the disease's symptoms. Hopes for using gene therapy to alleviate Parkinson's effects aren't new. What is new is that scientists have successfully completed the first randomized, controlled, double-blind trial of treating Parkison's patients with gene therapy---and they found that it significantly improved debilitating symptoms such as tremors, motor skill problems, and rigidity.The basic premise is that Parkison's patients' movement problems is caused from an overactive brain region: the subthalamic nucleus. If scientists could introduce a gene into that region of the brain that would produce GABA---an inhibitory chemical---then they could potentially quiet that brain region and alleviate tremors.

The therapy, which was done with local anesthesia, used a harmless, inactive virus [AAV-2 GAD] to deliver the GAD gene into each patient's subthalamic nucleus, a key brain region involving motor function. The gene instructs cells to begin making GABA neurotransmitters to re-establish the normal chemical balance that becomes dysfunctional as the disease progresses. [US News]

After injecting the virus into the brains of 22 patients and administering a placebo to 23 others, the scientists discovered 6 months later (when the patients' motor skills were assessed), that the gene therapy group's motor abilities improved by 23.1%, while the placebo group only improved by 12.7%. As the researchers told the BBC, this technique "shows the promise of gene therapy for other neurological disorders," but they urged caution because the relative improvement of 10.4% is "rather small." Importantly, it doesn't match the most effective method currently used: Deep brain stimulation has about twice the rate of clinical improvement than gene therapy does. On a Hot StreakThis latest triumph of gene therapy is merely one cobble in the long road to redemption. As 80beats covered previously, a similar brain-related gene therapy method has been used to treat depression in mice. Just like the Parkinson's treatment, it involves piggybacking a gene on a virus and changing a neurotransmitter system:

The gene in question creates a protein called p11 that helps carry serotonin receptors up to the surface of a brain cell where they can receive signals from other brain cells. Poor serotonin signaling may be one of the major drivers behind depression, and a dearth of p11 could worsen the problem, according to study author Michael Kaplitt. [80beats]

Another promising gene therapy technique seeks to mitigate the HIV virus's weakening of the immune system:

Carl June and colleagues tested six male patients who already had HIV and were taking a standard antiviral regimen. Like many HIV patients, the drugs helped them, but their counts of immune cells stayed low. June’s team tested a therapy created by Sangamo BioSciences in Richmond, California, that alters a patient’s actual white blood cells to make them more HIV-resistant. [80beats] Researchers removed a sample of CD4^+ T cells, the type of immune cells affected by HIV, from each man and used Sangamo’s enzyme to disrupt the CCR5 gene, which encodes a protein that HIV uses to enter CD4^+ cells. The engineered cells were then infused back into the patients. Immune-cell counts subsequently rose for five of the six patients who received the therapy. “It’s very exciting,” says John Rossi, a molecular biologist at the City of Hope’s Beckman Research Institute in Duarte, California. “If they did this several times in a given patient, you could establish a high percentage of resistant cells.” [Nature]

But as in the other cases, we shouldn't get too excited about these humble starts: There's a big difference between alleviating symptoms and curing a disease, and in the case of HIV, those promising results were only in a population of six patients. Oddly enough, modified viruses in the same family as HIV serve as the gene-shuttles for some gene therapies, including those aimed at people with beta-thalassaemia, a condition that results in faulty hemoglobin. In this case, by shoving a gene into a tweaked lentivirus (a group that includes HIV), the scientists were able to edit the defective genes, allowing the patient's body to create working hemoglobin. Gene therapy has also been used for rather less debilitating conditions, like color blindness. In one case, researchers used gene therapy to cure red-green color blindness in two adult monkeys:

In the new study, published in Nature, the researchers used a type of squirrel monkey in which the males lack a visual pigment called L-opsin. Its absence renders the monkeys color-blind, unable to distinguish reds and green. Most of the females, on the other hand, see in full color. So the scientists got to wondering: what would happen if they gave a boy squirrel monkey the same opsin that girls have [Scientific American]. They used a harmless virus to ferry in the gene that makes opsin, injecting the virus behind the monkeys’ retinas. [80beats]