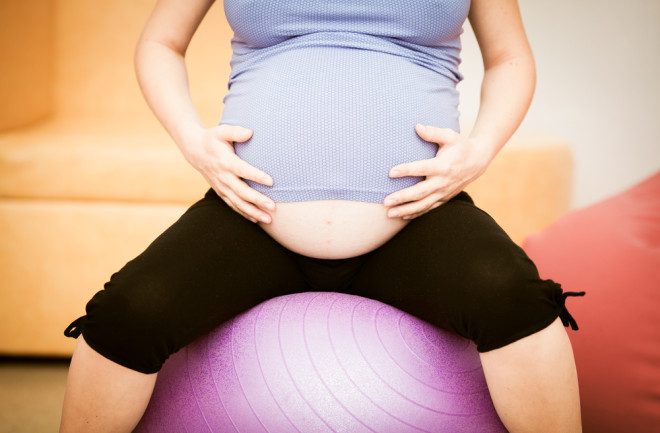 When Linda May went in to see her obstetrician during her first pregnancy, he told her she probably shouldn’t jump, run, or even walk. But May, an exercise physiologist who studies pregnant women and their babies, knew a thing or two about the positive ways that being active can help a mom-to-be’s health. Women who exercise with baby on board have been known to have, among other things, lower risks of gestational diabetes and pregnancy-induced high blood pressure than those who don’t.

Since then, May and other researchers have discovered even more ways that prenatal exercise benefits not only an expectant mother, but her growing baby, too—sometimes for years into the future—as attendees learned at last week’s Experimental Biology 2014 meeting in San Diego.

Decades ago, many more doctors gave similar advice to May’s obstetrician. Pregnancy was thought to be almost like an illness, a time when women needed to rest to protect themselves and their babies. In 1985, the American Congress of Obstetricians and Gynecologists came out with their first set of guidelines for exercise during pregnancy—guidelines, now considered conservative, that included suggestions like keeping strenuous activities to 15 minutes or less.

Since then, research has turned that idea on its head. Exercise is now thought to be—for most women with healthy pregnancies—a boon for the mother’s health, and for the baby she carries as well.  Researchers are now starting to look even more closely at how exercise can influence a baby’s health in the womb and how these effects might translate into protection from future health problems.

It’s been known that those who exercise—including pregnant women—tend to have lower resting heart rates than those who don’t. Lower heart rates can be a sign of an efficient heart; high heart rates have been linked to greater risk of cardiovascular disease. May, now at East Carolina University in North Carolina, has long been interested whether benefits like this extended to baby.  In a 2010 study, she and her colleagues collected a group of 26 pregnant women who reported that they’d been exercising three times a week for more than 30 minutes per session.  When researchers brought the moms into the lab at 36 weeks, they found that the babies in their bellies, too, had lower heart rates than those carried by the moms they studied who weren’t regular exercisers.

In another study, presented at last week’s conference, May recruited 60 women at 13 weeks of pregnancy and brought them into the gym three times a week for either aerobic or mixed aerobic and weight training exercise. A control group of women came in to stretch and chat with researchers, keeping their heart rates low.

At 34 weeks—about six weeks before the babies’ due dates—the researchers checked in with the hearts within the wombs. Whether their moms were pumping iron or spinning, the babies in the bellies of exercising moms played along—their heart rates were lower and more variable, another sign of heart health, and pumped more blood with each beat than the tiny hearts inside moms in the control group.

The results indicate that exercise during pregnancy, far from harming the fetus, can be incredibly beneficial for both mom and baby. And timing matters: exercise during pregnancy, as opposed to pre-pregnancy fitness, seems to be doing something extra-special, May says. In this most recent study, about half of the group hadn’t exercised previously, and still saw similar effects on their babies’ hearts. In some of May’s past work, she collected data on moms’ pre-pregnancy body mass index and their resting heart rates, ages, and how much weight they gained in pregnancy. But these things didn’t explain the link between the fetus’s heart health and the exercise done in pregnancy.

Benefits at Birth, and Beyond

Such benefits to the heart may last into a child’s early life. Earlier this year, May and colleagues found that month-old infants still had higher heart rate variability if they had exercised along with their moms in utero. Another set of results from May’s group, not yet published, suggests that kids up to six years old still carry some of these early workouts with them: youngsters whose moms exercised while pregnant have higher “ejection fractions,” which indicates their hearts are pumping blood more efficiently.

As for what types of exercise bring the most benefit, May has found that aerobic exercise is great for the mom—lowering her heart rate and helping her gain less fat—but a mix of aerobics and strength training may be even better for the baby, although it’s not yet clear why, she says.

Growing hearts might be one of many things helped by an active mom. In his lab at the University of Kentucky, Kevin Pearson is looking at the connection between exercise and skin cancer in mice. He’s seen that mice that run during pregnancy have offspring that develop fewer skin tumors, later in life—a small but significant protective effect that he calls “an exciting first step.” Wei Zheng, a graduate student at Indiana’s Purdue University, and her colleagues found that baby rats had a 58 percent lower incidence of breast tumors if their mothers exercised.

Even with greater options at hand—from “Fit Pregnancy” magazine to prenatal yoga DVDs—many pregnant women aren’t exercising, in some cases because of lingering fear about harming their growing babies. Studies reportthat only about 10 to 30 percent of pregnant women are following recommended exercise guidelines—for healthy women, at least 30 minutes of moderate exercise most, if not all, days, according to the American Congress of Obstetricians and Gynecologists. (Of course, some women can’t safely exercise during part or all of their pregnancy, and active women should watch out for warning signs while exercising, such as bleeding or contractions.)

“It’s really important to start putting focus on how we can convey this message to pregnant women, get them to talk to their healthcare providers about exercise during their pregnancy, and get exercising,” says Amy McKenzie, a graduate student at the University of Connecticut who presented a study about pregnant women’s exercise habits at the conference.

Still, moms who aren’t able to exercise shouldn’t add, on top of other worries, the concern that their babies’ hearts won’t be healthy. May says that, instead, moms-to-be who can and do exercise—even a little bit—may be offering an added shield for their babies against later-in-life problems, which could be particularly important for those with a family history of heart disease.

Her next step is to analyze how an exercising mom might help shape her baby’s body composition. She’s following up on other studies that suggest babies born to exercising moms have lower body fat—benefits that can last into childhood.  If that’s the case, exercise during pregnancy could be able to shape two major health problems, even before a baby is born. “Heart disease and childhood obesity,” she says. “If we can affect those two things, the public health benefit is huge.”