Viruses must first blast through five or six barriers before they’re able to infect us and unleash havoc. 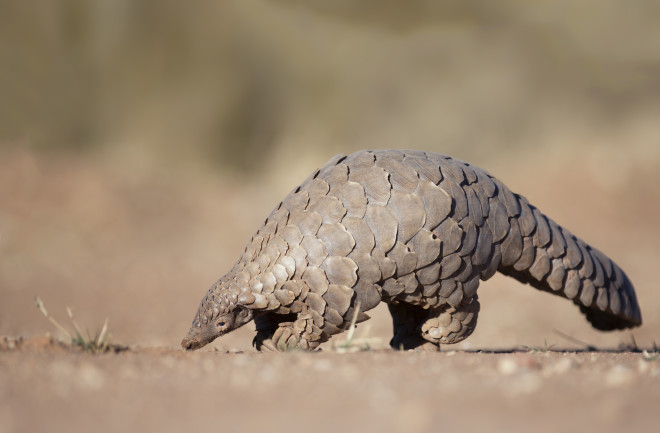 We live in a world filled with things that are out to get us, if only they could. All animals harbor viruses, bacteria, fungi and parasites that range from one-celled animals to 80-foot-long tapeworms. Plants are infected, too.

Mostly, we’re safe from these things. Mostly, these disease-causing agents stick to one host species. And many barriers stand between each of us and that previously unknown infection hosted by an unfamiliar animal. When a disease breaks down the barriers between animals and people, it’s called a zoonotic disease. It’s rare that a disease blasts through enough barriers to cause a global disease outbreak. But when, say, a virus does successfully break across barriers to cause a pandemic, it’s awful. You know this because you are living through it now.

And it is mostly viruses we are talking about here. That’s because there are a lot of viruses out in the world, likely millions of different kinds. (How many millions, exactly, is a matter of fierce scientific discussion.) And virus-caused diseases make up a sizable chunk of the world’s emerging infectious diseases. (Again, exact numbers are difficult because different scientists count them differently.)

The old joke says the way to get to Carnegie Hall is to practice, practice, practice. It turns out that repetition and opportunity are also the surest way for an animal disease to spill over into human beings. “These diseases don’t transmit to humans often, and when they do, it’s typically when we push natural systems by destroying animal habitat or crowding different species together with people in a marketplace,” says Margaret Wild, an expert in wildlife diseases and a professor at Washington State University.

Habitat erosion, in fact, may be one of the biggest factors in how viruses have begun breaking down the walls between us and the animals that originally carried them.

Nipah virus, found in Malaysia and Bangladesh, spread from fruit-eating bats to pigs to people when fruit orchards were planted near pig farms, says Colin Parrish, a virology professor at Cornell University’s College of Veterinary Medicine.

The virus that causes COVID-19 may spring from a similar situation. Genetic studies show that the virus resembles a known bat virus, but scientists believe another animal passed it from bats to people. Snakes and pangolins have been suggested for the go-between role, but the true story isn’t clear.

But just being near an animal that has a virus isn’t enough to make you sick. “We come in contact with probably millions of viruses every day, and we don’t get infected with them, as far as we know,” Parrish says. Every species of animal likely hosts hundreds of thousands of different kinds of viruses. Most of those viruses stick to one host.

For a disease to make the jump, first a person has to have contact with a viable virus. While eating an animal seems like a good way to catch a disease from it, in reality, that’s pretty safe. “If it’s cooked, eating is actually one of the lowest risks,” says J. Scott Weese, director of the University of Guelph’s Centre for Public Health and Zoonoses. It’s the handling that comes before eating — the killing, skinning and butchering — that is highly risky.

Staying away from animals doesn’t always work, though, because there are many diseases carried by mosquitoes, fleas, other insects and ticks. These animals get intimate with both animal hosts and people, bridging the distance between them.

Once inside your body, a virus still must overcome barriers. If the virus evades your immune system, it next needs to breach the membrane of a cell, which is protected by receptors that only allow interactions with certain substances. “It’s like a secret handshake,” Parrish says.

For the virus that causes COVID-19, the vulnerable receptor is one known as ACE2. “Some receptors are specific to an individual animal species, while others are more general,” Weese says. Knowing which receptor is vulnerable to a virus lets scientists know what types of cells and which animal species the virus can infect. ACE2 is shared by cats, ferrets and pigs, leading scientists to believe these species are also susceptible.

Inside the cell, there are still more barriers to a virus’ successful infection. When Parrish reviewed the scientific research on HIV and influenza viruses, he found they had overcome a series of five or six barriers to launch an epidemic in a new host. He suspects that the new coronavirus overcame a similar number of barriers.

Even inside a human cell, a virus is only halfway to an epidemic, or disease outbreak. Getting out of the cell and infecting another host presents a new set of challenges. “There are lots of viruses that infect one person, but never go further,” Parrish says. “Thirty years ago, avian flu was supposed to be the next big pandemic, but it never happened. The virus wasn’t shared effectively between people.”

In spite of how much scientists know about how diseases leap from animals to people, the variety and complexity of life on Earth makes pinning down the next pandemic difficult. “It’s like preparing for an asteroid strike or a major earthquake,” Parrish says. “You may have a rough idea that it could happen, but it’s hard to prepare for exactly where and when.”

Wild says that with COVID-19 making wildlife look guilty of making humans sick, she wants people to acknowledge that animals and nature mostly help us stay healthy, and that tragic outcomes are rare. When we say that we’re all in this together, that means animals, too. “When we keep ecosystems healthy,” she says, “we really reduce the risk of disease.”