Though uncooked foods have their advantages, high temperatures usually enhance them. 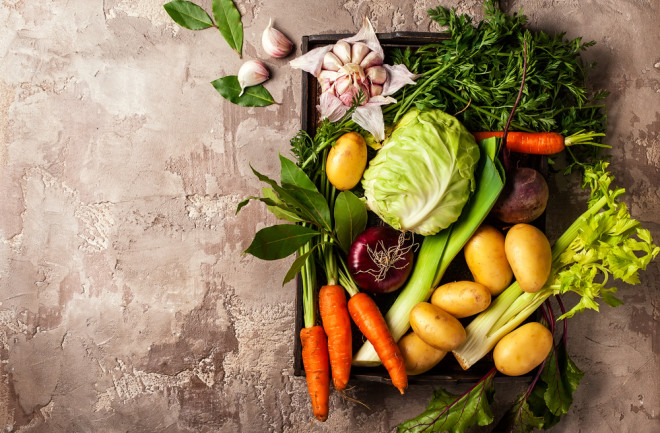 While most fad diets restrict the range of foods their followers can eat, the raw food craze takes aim at their preparation — outlawing cooking. Adherents argue that heat kills nutrients and enzymes, stripping the very “life force” from foods. But experts say that more often than not, the opposite is true: Cooking unlocks the health benefits of many plants.

Of course, raw vegetables are plenty good for you. Admittedly some, like potatoes, are seldom eaten that way, while others, like the widespread staple cassava, are highly toxic without careful preparation. Nevertheless, the British Dietetic Association named the raw vegan diet one of five “celebrity diets to avoid” in 2018, noting that many foods are more nutritious after cooking. “The human body can digest and be nourished by both raw and cooked foods,” the association wrote, “so there’s no reason to believe raw is inherently better.”

Read More: How Humans’ Unique Cooking Abilities Might Have Altered Our Fate

Humans have been cooking for about as long as they’ve been human. The process makes food more chewable and easier to digest, allowing extra time and energy for other distinctly human activities. (Many peg it as a key evolutionary factor behind our large brains, compared to other animals.) In vegetables, the heat often renders anticarcinogens and other disease-fighting compounds more readily accessible than they would be in raw form.

Cooked tomatoes, for example, exude more lycopene, an antioxidant that gives red and pink fruits and vegetables their color. “It’s bound to the cell wall, and during the cooking the high temperature releases it,” says Rui Hai Liu, a food scientist at Cornell University. The same is true for carrots and beta-carotene, the antioxidant responsible for yellow and orange pigment in fruits and vegetables. One study found that beta-carotene was 20 percent more accessible in cooked carrots, and even more so after cooking with olive oil.

One 2007 study compared the effect of different cooking techniques on antioxidants in carrots, zucchini and broccoli. The researchers found that steaming and boiling, when compared to frying, best preserved the compounds (some dietitians even recommend drinking the water as well). All three cooking methods increased antioxidant levels compared with the raw veggies. “Our findings defy the notion that processed vegetables offer lower nutritional quality,” they wrote.

Liu notes that the outcome of cooking varies from plant to plant: “It really depends which vegetable you’re talking about.” Raw broccoli, for example, retains more cancer-preventing isothiocyanates than cooked (though other studies show blanching and briefly steaming don’t harm the compounds much).

In many cases, though, cooking only raises the bioavailability of nutrients, or the extent to which they can take effect within the body. A 2010 study compared three groups of women following, respectively, an average Western diet, a wholesome nutrition diet and a raw food diet. The researchers wanted to see if beta-carotene intake and absorption differed among them. Although the raw food dieters consumed about a third more of the compound than the women in the wholesome nutrition group, the latter absorbed about a third more.

As nutritional medicine popularizer Michael Greger writes, “It’s not what you eat — it’s what you absorb.” You can gorge yourself on raw carrots all day, but if your body can’t make use of their phytochemicals efficiently, what’s the point?

As for the charges against cooked food, many scientists think they’re overblown. It’s true that cooking takes its toll on a meal. Heat deactivates or reduces the activity of enzymes in food, and it can also destroy a significant percentage of vitamin C in vegetables. But Roger Clemens, a food scientist at the University of Southern California, says we don’t use those enzymes for digestion. Rather, “our bodies are wonderfully made,” and produce all the enzymes they need. Vitamin C, meanwhile, is widely available, so a decrease in some meals isn’t necessarily a big deal so long as people get more elsewhere.

Raw vegetables are undoubtedly healthy. But critics note that for many people, it’s difficult to sustain a diet composed solely of uncooked food. What’s more, it’s less appealing, and that means most people will abandon it sooner or later. On the other hand, if cooking makes nutritious food taste better, they’ll gobble it down. “The best way to get your greens,” Greger writes, “is in whichever way you’ll eat the most of them.”

Liu agrees. “Some people like to eat stir fry, some people like to eat salad,” he says. “I think it depends on your personal preference.” And in the end, he adds, too much nutritional nitpicking is probably counterproductive. All that time fixating on the healthiest way to prepare each individual plant could be better spent following a simpler approach: “Just eat more vegetables,” he says — larger servings, more servings and, importantly, more variety. “The maximum nutrition comes from eating everything, not just raw and not just cooked.”